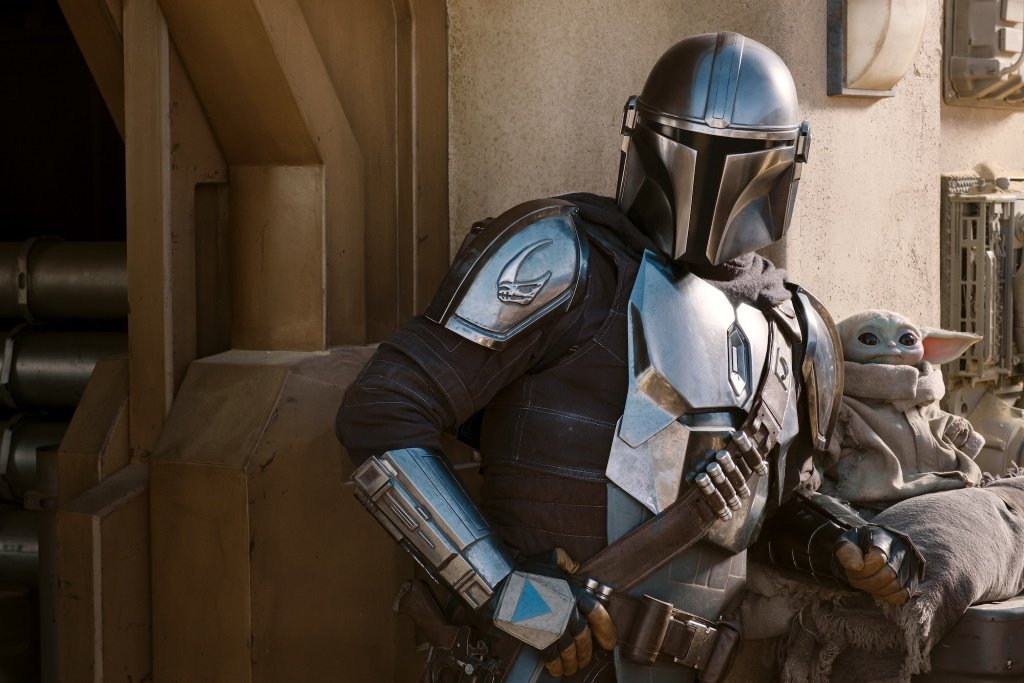 The second season of “The Mandalorian” (TV-PG), the first live-action TV spinoff of the “Star Wars” universe and Emmy-winning breakout hit of Disney+, starts rolling out new adventures of the intergalactic bounty hunter (Pedro Pascal) and his adopted sidekick, the child (nicknamed Baby Yoda by fans). The first season of the big-budget series became a sensation with its modern spin on classic westerns and other movie genre. The second season is being kept under wraps until its debut. New episodes each Friday. (Disney+)

“Truth Seekers: Season 1” (TV-14), co-created by buddies Simon Pegg and Nick Frost, combines comedy and creepy horror as it follows a group of amateur paranormal investigators led by a lonely widower (Frost) investigating ghost sightings across the UK and recording their adventures. Samson Kayo and Emma D’Arcy round out the team and Malcolm McDowell and Simon Pegg costar. (Amazon Prime)

The limited series “The Undoing” (TV-MA) reunites “Big Little Lies” star Nicole Kidman and writer/creator David E. Kelley in an adaptation of the Jean Hanff Korelitz novel “You Should Have Known,” about a wealthy couple whose life unravels when the cheating husband (Hugh Grant) is accused of murder. Matilda De Angelis, Edgar Ramírez, and Donald Sutherland costar in the six-part series directed by Susanne Bier. New episodes each Sunday. (All HBO platforms)

The lively, witty new adaptation of Jane Austen’s “Emma.” (2020, PG) stars Anya Taylor-Joy as the society Queen Bee who learns humility and compassion as she tries to engineer romances around her. Director Autumn de Wilde fills the film with vivid characters, nuanced performances, and a mix of period detail and modern flair. It’s a delight. Johnny Flynn, Mia Goth, and Bill Nighy costar. (All HBO platforms)

Claire Danes returns as the brilliant but troubled bipolar CIA operative in the eighth and final season of the Showtime espionage thriller “Homeland” (TV-MA). It’s now streaming on Hulu.

The third season of “Star Trek: Discovery” (TV-14) opens with the crew trapped in the far-flung future. New episodes each Thursday. (CBS All Access)

Emma Roberts and Luke Bracey are singles who spend the holidays together in the romantic comedy “Holidate” (2020, not rated).

“Sarah Cooper: Everything’s Fine” (2020, not rated) is a sketch comedy special featuring the comedian who became famous for her ingenious Trump lip-synching videos.

Streaming TV: the seventh and final season of “Agents of S.H.I.E.L.D.” (TV-14) brings the inventive and epic Marvel Comics series to a conclusion with a time-travelling odyssey.

True stories: “Secrets of the Saqqara Tomb” (2020, not rated) explores one of the most important archeological finds of the new century.

Halloween spirits: a young refugee couple from war-torn Sudan faces new horrors in their new home in England in “His House” (2020, not rated), a horror film wound around issues of race and cultural displacement. It won an award at the Sundance Film Festival. Also new:

Episodes from the new seasons of “This Is Us” (TV-14) and the sitcoms “Superstore” (TV-14) and “American Housewife” (TV-PG) stream a day after their network TV debuts.

Based on Jon Meacham’s 2018 bestseller, the documentary “The Soul of America” (2020, TV-14) puts today’s polarized culture in context of our past history and the fights for equality and civil rights. (All HBO platforms)

Episodes of the new seasons of “This Is Us” (TV-14) and “Superstore” (TV-14) stream a day after their network debuts.

The documentary “Citizen Bio” (2020, TV-MA) digs into the underground world of biohacking and the mysterious death of one of its most notorious figures.

The spotlight on “New Korean Cinema” offers a dozen genre pictures including the offbeat black comedy “The Quiet Family” (South Korea, 1998, not rated, with subtitles);