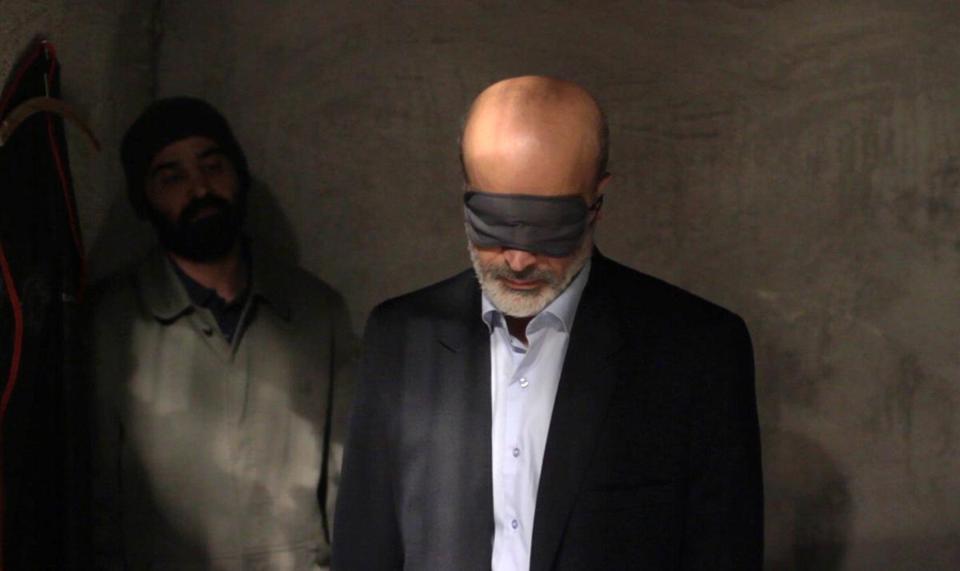 What’s most startling about Mohammad Rasoulof’s Iranian thriller Manuscripts Don’t Burn (Iran, 2013, not rated, with subtitles) is its audacity. Iranian filmmakers have a history of couching their criticisms of life in Iran in metaphor. This film puts its portrait of authoritarian oppression out in the open.

We open on a contract murder that plays like an American gangster picture dropped into dusty slums outside Tehran, then take a circuitous route through the workings of a totalitarian state that intimidates and terrorizes its intellectuals and dissident writers. Along with the web of writers connected by censored and suppressed works, we follow the thugs doing the dirty work for the vindictive minister of the security services, including a man whose motivation is simply money to pay for his son’s operation (it’s not a corny as it sounds). He’s constantly stopping along the route to see if the money has reached his account, interruptions that keep the political horror story firmly framed within the banalities and anxieties of everyday life.

The script is complicated and a little confusing, stirring in characters who appear without introduction, and it gets a little repetitive in the second act, but it seems churlish to complain that such a provocative, covertly-made portrait of the Iranian government as a brutally repressive regime could “use a little cutting.” The confusion sorts itself out as the intimidation turns into outright terrorism, 1984 by way of The Godfather, while an inspired formal twist puts the whole ordeal on continuous loop, a cycle of never-ending despotism. There are echoes of The Lives of Others in the routine surveillance of citizens but this is more confrontational and brutal and Rasoulof hasn’t the safe distance of exploring a fallen regime. His targets are current and he puts a target on his chest for his efforts. For that reason, he’s the only artist on the film who takes credit; the other names are hidden for fear of reprisals (we assume the actors are expatriates safely out of country). The film was, of course, banned in Iran and Rasoulof (against the advice of friends) returned home to Iran after premiering the film at Cannes (where it won the FIPRESCI Prize), where a prison sentence hung over his head. His passport was revoked and he was unable to see his family, whom he had already moved out of country. That’s some sacrifice.

Not rated, in Persian with English subtitles.

On DVD from Kino Lorber with no supplements.