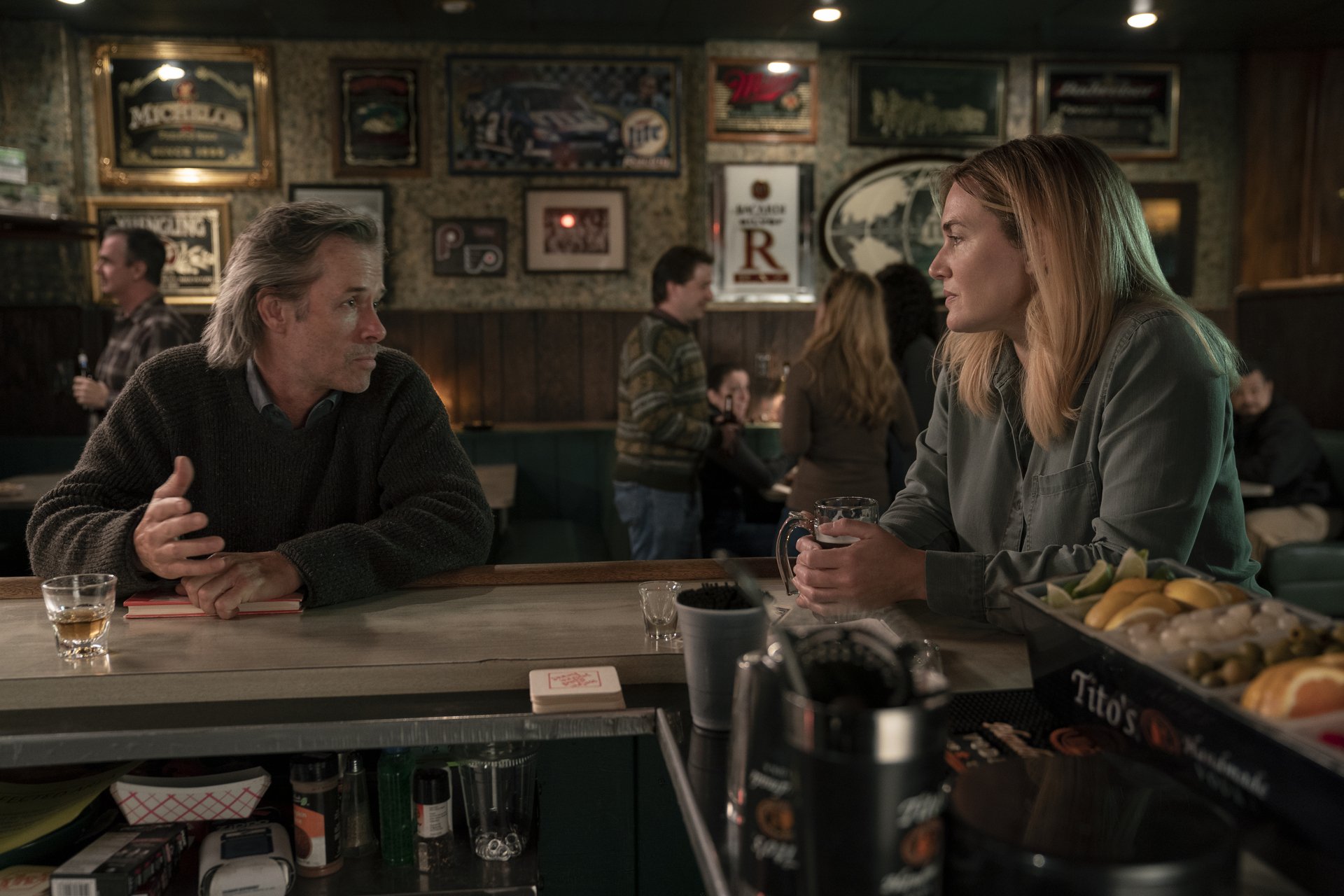 Kate Winslet stars as a police detective in “Mare of Easttown” (TV-MA), a limited series crime drama steeped in the depressed culture of its small Pennsylvania town, where everyone knows everybody else and they all hold grudges and secrets in equal measure. Winslet’s divorced, beaten-down cop, still haunted by an unsolved case of a missing teenager, bears the brunt of both when a dead body is found. As much character drama as murder mystery, it is sustained by the performances of Winslet and Jean Smart, who plays her sneering mother. Julianne Nicholson and Guy Pearce costar and the seven episode limited series, created and written by Brad Ingelsby, is directed by independent filmmaker Craig Zobel. New episodes Sundays. (HBO Max and all HBO platforms)

Also set in a small Northeastern town, the comedy “Rutherford Falls: Season 1” (TV-14) stars Ed Helms as a clueless guy whose obsession with championing his family legacy (his ancestor founded the town) collides with the Native American community, including his best friend (Jana Schmieding), curator of a small tribal cultural center. Helms created the comedy with Mike Schur (“Parks and Recreation” and “The Good Place”) and Sierra Teller Ornelas (“Superstore”), and it uses Schur’s brand of character comedy to take on issues of history, representation, and identity. The writing team features numerous Indigenous writers who give the Native culture a dimensionality not seen before on American TV. New episodes each Thursday. (Peacock)

The historical fantasy epic “Shadow and Bone: Season 1” (TV-MA) follows the journey of an orphan (Jessie Mei Li) who discovers she holds powerful magic and trains with an elite army of magical soldiers. Developed by Oscar-nominated screenwriter/producer Eric Heisserer (“Arrival”) from the “Grishaverse” young adult fantasy novels of Leigh Bardugo, it’s Netflix’s attempt at a young adult version of “Game of Thrones,” complete with an imagined past of rival kingdoms, political intrigue, monsters, and magic, and featuring a cast of teenage heroes. (Netflix)

True stories: “Secrets of the Whales” (2021, TV-PG) delves into the complex communication skills and social structures of five whale species (Disney+) and “Life in Color with David Attenborough” (TV-PG) uses revolutionary camera technology to reveal the extraordinary and never-before-seen ways animals use color to survive and thrive (Netflix). Both limited series documentaries debut for Earth Day.

“Mortal Kombat” (2021, R), the new big screen spinoff of the hit video game, stars Lewis Tan as a fighter taking on the champions from all the realms in a battle to the death. Jessica McNamee, Josh Lawson, Joe Taslim, and Tadanobu Asano costar. It debuts the same day it opens in theaters and streams for 31 days only. (HBO Max)

In the romantic comedy “We Broke Up” (2021, not rated), a couple (Aya Cash and William Jackson Harper) pretends to be happily in love at a friend’s wedding.

The lives of astronauts on a mission to Mars are jeopardized by a “Stowaway” (2021, TV-MA) in the science fiction thriller starring Anna Kendrick, Toni Collette, Daniel Dae Kim, and Shamier Anderson.

Jessica Chastain is a high-powered lobbyist who takes on the gun lobby in “Miss Sloane” (2016, R), a drama of cold-blooded politics and morality for sale.

International passport: a shy teenager with the power to turn invisible fights to defend his neighborhood in “Zero: Season 1” (Italy, TV-MA, with subtitles), the latest in the run of superhero-themes shows.

“Merantau” (Indonesia, 2010, R, with subtitles) is the first collaboration between “The Raid” directed by Gareth Evans and star Iko Uwais.

The young adult thriller “Cruel Summer: Season 1” (not rated) follows the kidnapping of a high school girl and its reverberations for three girls over three summers. Two episodes streaming, new episodes on Tuesdays.

Mark Weber directs and stars in “The Place of No Words” (2020, not rated), a mix of family drama and fantasy, with Teresa Palmer and Bodhi Palmer.

The second season of “A Black Lady Sketch Show” (TV-MA) debuts with new episodes each Friday.

The documentary “Going to Pot: The High and Low of It” (2021, not rated) looks at the rapidly growing business of legal recreational marijuana. (Paramount+)