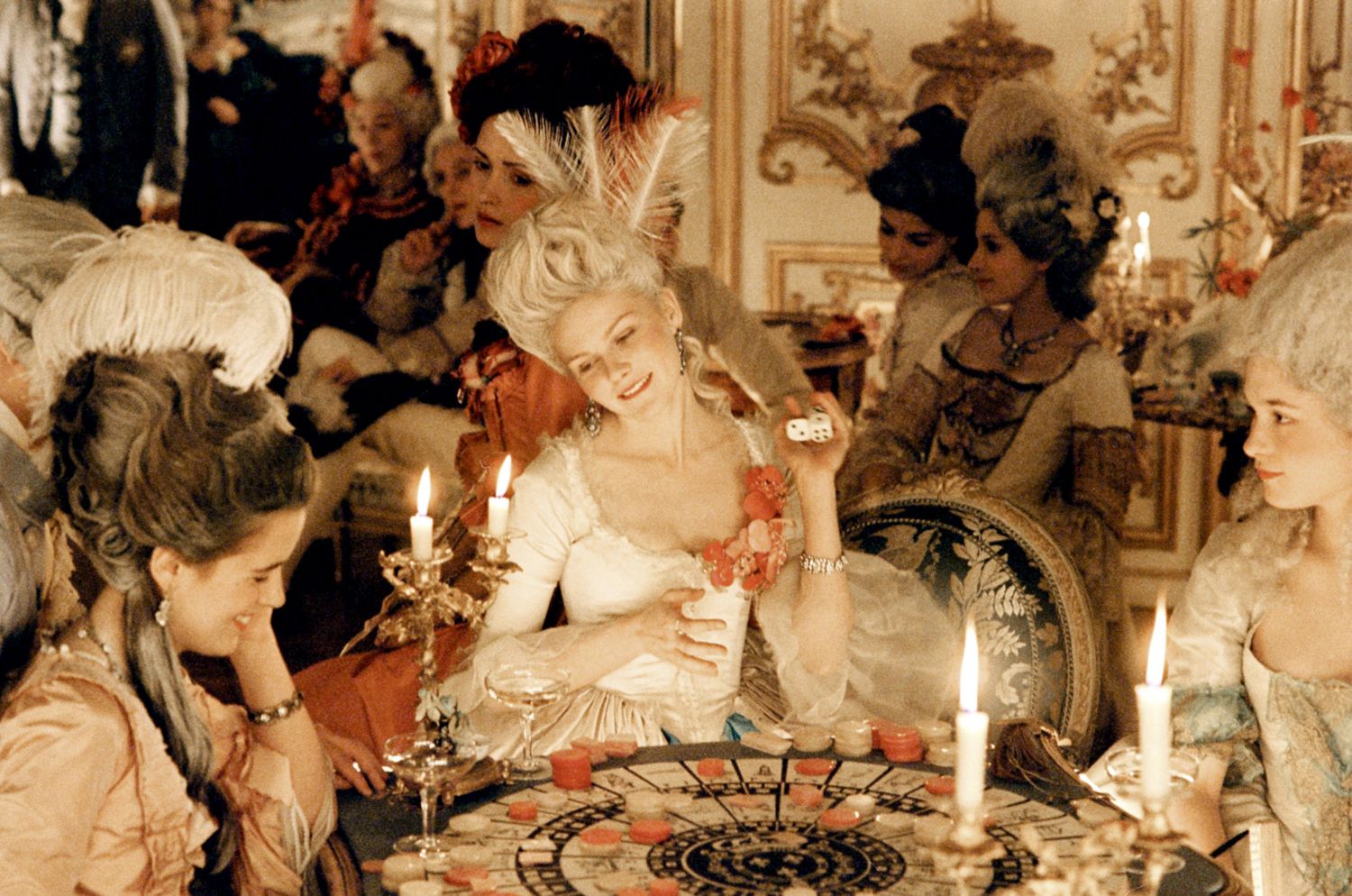 Kirsten Dunst is Marie Antoinette (2006) in Sofia Coppola’s portrait of the decadent, indifferent monarchy that toppled in the French Revolution.

Marie is a teenage Austrian princess married off to France’s distant young King Louis XVI (Jason Schwartzman) and sent to the alien of the French court. She’s a political naïf dropped into a world where politics has become social spectacle. He’s the epitome of rich, privileged indifference, a passive prince who is thrust into the throne without a whiff of ability or ambition.

I appreciate the ambivalence that Coppola brings to the characters. They’re not evil, not excessively decadent, or even monumentally incompetent, but they are raised in a bubble of aristocratic privilege and pomp and conditioned on suffocating ritual created by King Louis XV. It’s also, in its way, a rock and roll version of history, scored entirely with pop music and reflected through Coppola’s modern sensibilities, at once compassionate and savagely critical of the kids on the throne.

It won an Academy Award for costume design and a prize at the Cannes Film Festival.

Leaves Hulu at the end of July. Add to My Stuff on Hulu

, iTunes, GooglePlay and/or other services. Availability may vary by service.
Marie Antoinette [Blu-ray]

On Blu-ray and DVD from Sony with a featurette and deleted scenes.