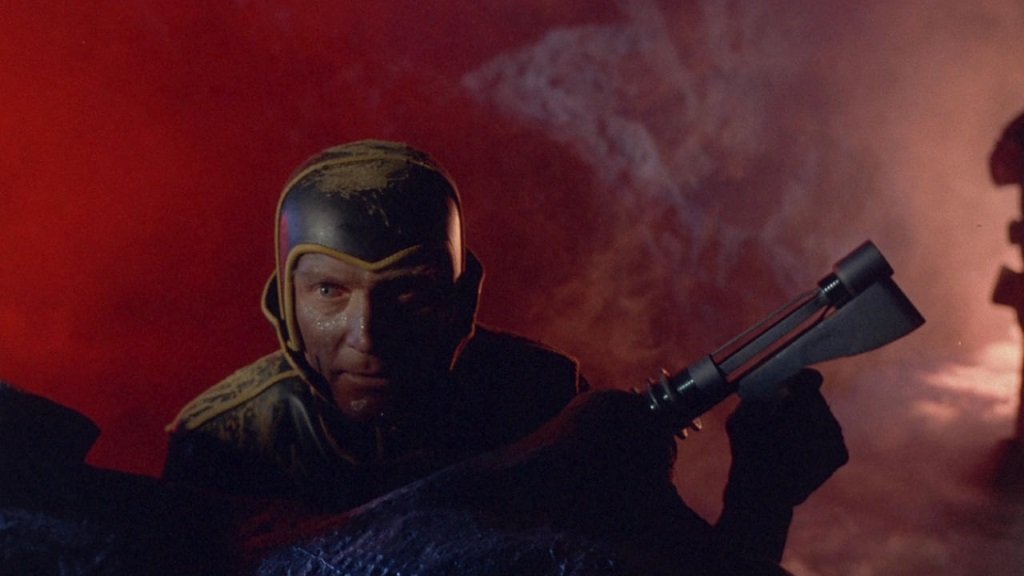 Despite the title Mario Bava’s funky 1965 sci-fantasy thriller Planet of the Vampires (Italy, 1965), there are no bloodsuckers to be seen, merely an unseen force that kills the astronauts (led by a craggy Barry Sullivan) that land on a primeval otherworldly planet of jagged rocks, bubbling lakes of lava mud, and purple skies.

If you like Italian sci-fi, with its shiny, phony plastic miniatures and sprawling Cinecitta studio sets, this is one of the best, with unbelievable black leather fashions with yellow piping and headhugging skull caps. Though never particularly scary, Bava has a cool way with the alien eerieness of it all and ramps up the atmosphere in two stand-out scenes: the buried dead pushing back their steel slabs, sloughing off their plastic wrap, and rising from the grave in an interstellar take on the classic vampire resurrection; and an ancient shipwreck where the enormous skeletons of alien creatures look suspiciously like the grandfathers of Ridley Scott’s Alien.

Sullivan is the sole American in an otherwise Italian cast, who are dubbed into English with the usual quick and dirty flatness (at least Sullivan dubs his own English lines). The film was cut for American release but a decade or so ago MGM producers, working from the original Italian elements, managed to restore lost shots and scenes while working around missing dialogue. It’s not a “pure” restoration, but the loving and respectful effort makes it the most complete available.

, iTunes, GooglePlay and/or other services. Availability may vary by service.
Planet of the Vampires [Blu-ray]

Planet of the Vampires [DVD]