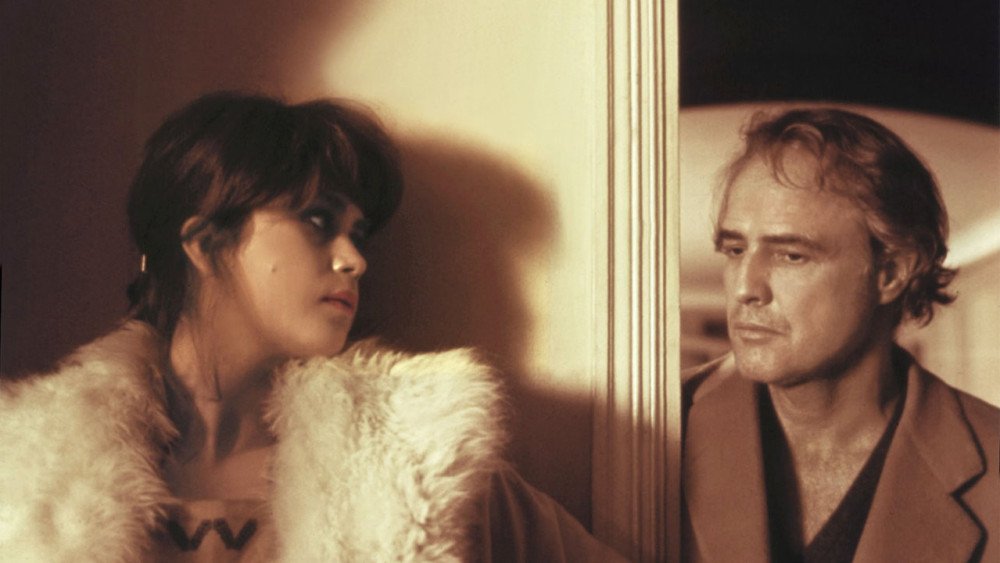 Bernardo Bertolucci’s Last Tango in Paris (1972) was one of the most controversial films of the 1970s, rated X upon its original release for nudity and sexuality (since rerated NC-17). The drama of a widower who escapes his anguish and despair after his wife’s suicide in a purely physical relationship with a free-spirited young beauty remains a powerful and provocative film almost forty years later.

Marlon Brando, at the height of his fame and his talent, delivers a raw, emotionally naked performance as the 45-year-old American widower; there is more anguish and desperation in his opening shots than other actors can muster a complete feature and his complete engagement in his character’s loss and anger through the mourning process earned him an Oscar nomination.

Maria Schneider made her fame as the voluptuous, optimistic youth fascinated by this enigmatic American who insists on no names and no life histories. With her boyfriend (French New Wave icon Jean-Pierre Leaud) filming their moments together and manipulating their relationship to resemble an idealized, larger than life Hollywood romance, these private encounters, unencumbered by the baggage of the past, the future and any expectations, have an immediacy, spontaneity and intimacy missing from her real life. But the lack of commitment and emotional engagement takes a different kind of toll.

Vittorio Storaro’s cinematography is responsive to the nuances of the performers and Bertolucci’s direction is fearless. The explicit nudity, sexuality and frank language (in English and French both) make this for adults only, but while it challenged taboos of sexual politics and on-screen sexuality in its day, this is one film where “adult” also means a mature drama with grown-up issues and seriousness.

Agnès Varda collaborated on the French adaptation and future filmmaker Catherine Breillat has a small role in the film.

It was nominated for Academy Awards of actor Marlon Brando and director Bernardo Bertolucci.

Rated NC-17, in English and French with English subtitles

The Blu-ray and DVD release form MGM Home Video presents a remastered version the uncut, uncensored edition of the film.