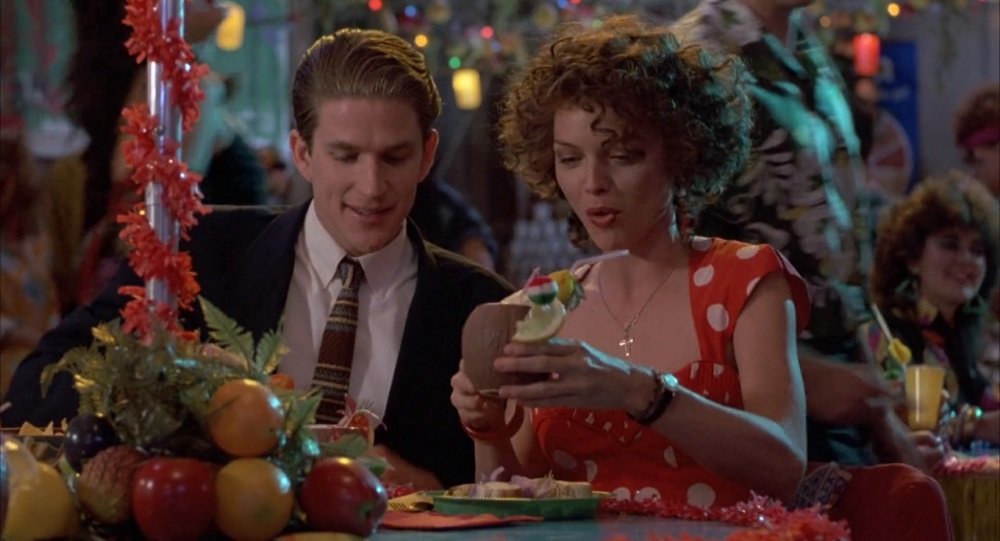 Married to the Mob (1988) – Two years after his breakthrough film Something Wild, Jonathan Demme returned to the genre with another mix of offbeat humor and dangerous criminals. This colorful gangster comedy stars Michelle Pfeiffer as the frustrated wife of mid-level mobster (a very young Alec Baldwin) and Matthew Modine as a dedicated and rather unconventional FBI agent on the trail of mob boss Dean Stockwell.

This is gangster life played for screwball comedy but the culture isn’t all that different than what Martin Scorsese would present in Goodfellas just a couple of years later, right down to the colorful names like Vinnie The Slug, Nick The Snake, Al The Worm, and Tony “The Tiger” Russo, the name of the philandering family boss played by Stockwell. When the newly-widowed Pfeiffer moves out of Italian side of Brooklyn and into the multicultural Lower East Side, Stockwell tracks her down, followed by his jealous wife (Mercedes Ruehl) and the feds.

Demme revs the film up with outsized characters and tacky fashions colliding with the freewheeling multicultural energy of Pfeiffer’s new home, a way of life that invigorates her in a way the insular mob life never did, and fills the soundtrack with an upbeat rotation of alternative music selections. The film never approaches the sense of danger or risk that made Something Wild so memorable—even death has as slapstick twist to it here—but it has a charismatic performance from Pfeiffer and lots of charm and good humor to keep things bouncing along.

, iTunes, GooglePlay and/or other services. Availability may vary by service.
Married to the Mob [DVD]

Married to the Mob [Blu-ray]