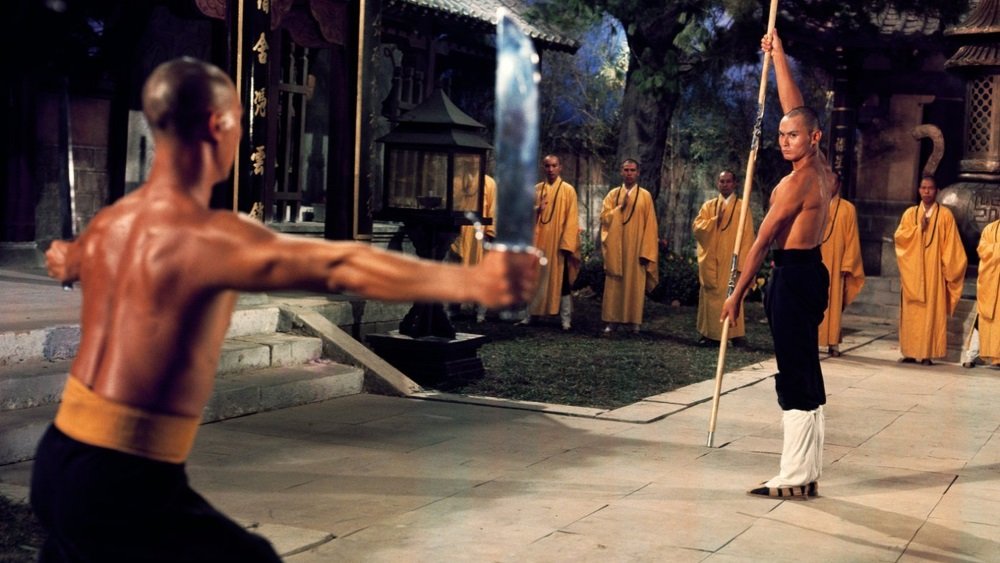 In The 36th Chamber of Shaolin (Hong Kong, 1978), idealistic student revolutionary Gordon Liu flees the Manchu militia occupying Canton after his group is betrayed and seeks refuge in a Buddhist monastery to learn the secret martial arts.

Liu Chia-Liang’s trend-setting classic mythologizes the true story of a monk who took his martial teaching out of the temple and into the secular world as it boils the revenge drama down to almost abstract levels. Gone are fiery drive and emotional fury, replaced by the dispassionate focus of our wide-eyed young scholar as he gains wisdom, confidence, maturity, and kick-ass moves on his journey through the 36 chambers, each one dedicated to a single skill. This pure physical triumph becomes the real drama of the film, and the inevitable showdown becomes mere exhibition.

From the great martial arts director Chang Cheh comes the 1978 classic The Five Venoms (aka The Five Deadly Venoms), a late entry in the old school Hong Kong martial arts spectacle with a fun spin on the familiar revenge plot. This one plays more like a spaghetti western, with five star students of the Five Venoms clan gone mercenary to search for hidden treasure and ready to kill one another for it. The ostensible hero, a young student sent by the dying master to keep the criminal elders in line, is largely an observer until the climactic battle, but there’s plenty of double crosses, devious tortures and scheming plots to keep you occupied along the way.

All are from Celestial Pictures, a Hong Kong company that restored and remastered the Shaw Brothers library from original source materials, and are in Chinese with English subtitles.

Both are from Celestial Pictures, a Hong Kong company that restored and remastered the Shaw Brothers library from original source materials.

Add to My List: The 36th Chamber of Shaolin and The Five Venoms

Also on Blu-ray and DVD and on SVOD through Amazon Video, iTunes, GooglePlay, Fandango, Vudu and/or other services. Availability may vary by service.
The 36th Chamber of Shaolin [Blu-ray]

The 36th Chamber of Shaolin [DVD]