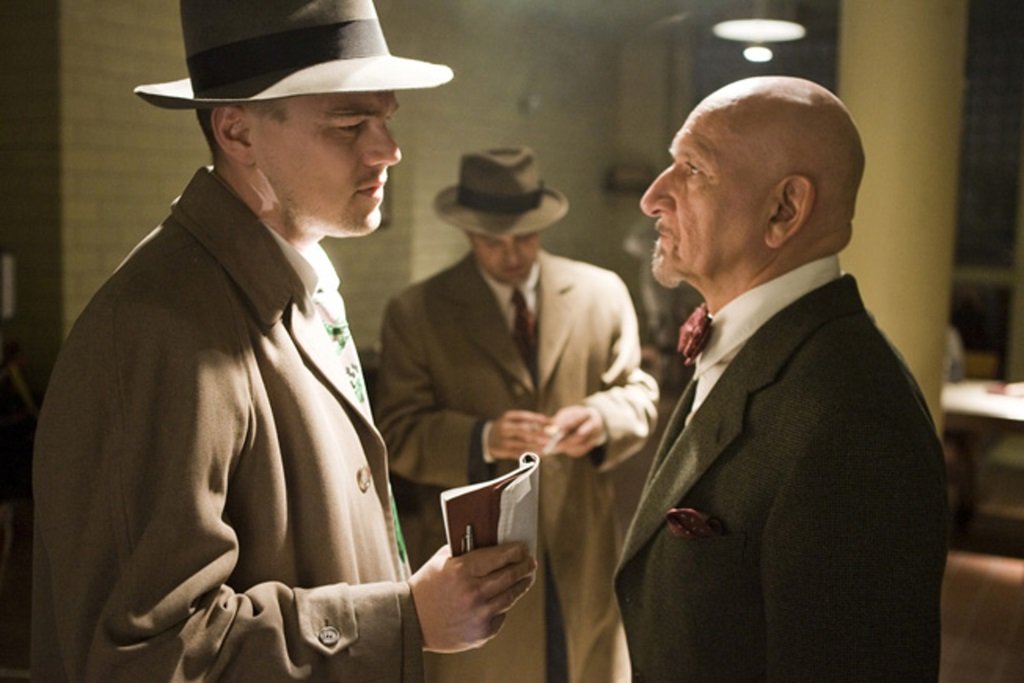 Shutter Island (2009) opens, appropriately, shrouded in fog. Then our hero, Detective Teddy Daniels (Leonardo DiCaprio), cuts through the gray, standing on the prow of a tug boat chugging toward an isolated island hospital for the criminally insane. Daniels and his partner (Mark Ruffalo), city cops from an era of fedoras and trench coats and the dogged, tough-guy investigative instincts of a film noir detective, have come to investigate the disappearance of an inmate.

As Daniels wades through a mental swamp of psychodramas, bad dreams, and the decidedly strange behavior of the doctors (namely Ben Kingsley and Max von Sydow), nurses, orderlies and patients alike, the story shifts (or perhaps refocuses) with each revelation.

A detective movie that slips into psychological mystery, paranoid thriller, and subjective odyssey, Shutter Island is not a project that Scorsese initiated, but the adaptation of the Dennis Lehane’s novel is prime material for a director fascinated by guilt, loyalty, and madness and driven to exploring cinematic expressions of subjected perceptions and emotional states. In fact, it invites multiple viewings to retrace the odyssey and sort through the symbolic imagery in light of the revelations.

It’s a conspiracy that gets more diabolical and a little outlandish as it goes on and frankly leaves the realm of real-world logic by the end, but in its place is an embrace of old-school psychological thrillers, narrative playfulness, and the power of stories and storytelling. This is classic psychodrama, a tribute to old Hollywood craft with Scorsese’s modern storytelling chops.

On Blu-ray and DVD from Paramount Home Video. No supplements on the DVD but the Blu-ray has two intelligent, well-produced featurettes (both presented in HD) which, as the disc warns viewers, should not be watched until after seeing the film. The 17-minute “Behind the Shutters” features author Dennis Lehane discussing the origins and evolution of the novel, the actors discussing their characters and director Scorsese looking back on the film in light of the third act revelations, exploring the layers of behavior and performance built through each scene. The 21-minute “Into the Lighthouse” looks at the state of psychiatric treatment in the 1950s and reflects on the real-life psychoses behind the characters with the actors and the film’s medical adviser.