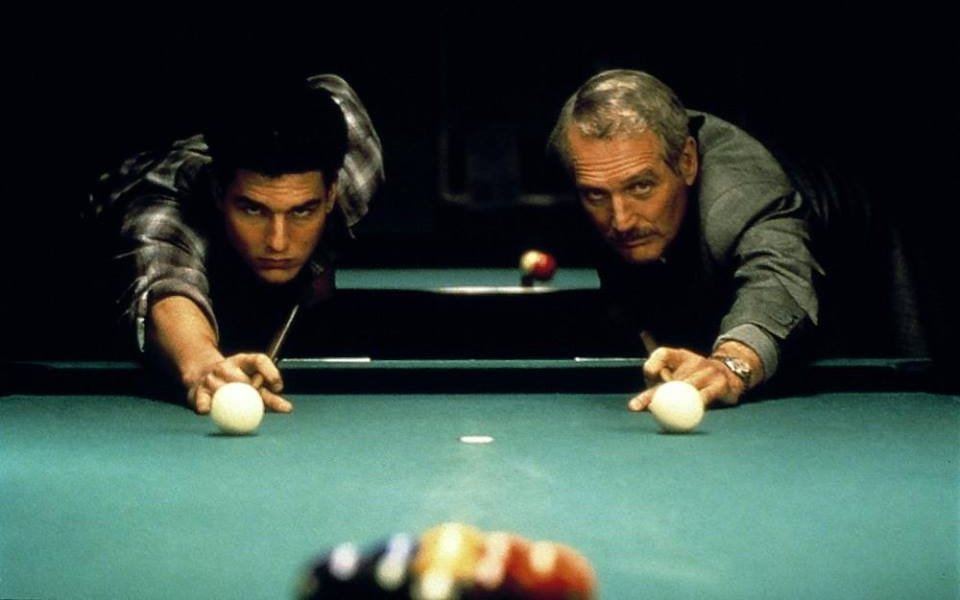 “You remind me that money won is twice as sweet as money earned.”

Martin Scorsese’s The Color of Money (1986) hasn’t the ragged beauty and personal charge of Mean Streets, the ambition or the intensity of Taxi Driver, or the cinematic density of GoodFellas. Yet it is possibly his most accessible film and his answer to the old Hollywood studio movie. Like the studio contract directors of past decades, he neither developed nor pursued this project, and he still turns into a distinctly Scorsese vision.

It is not simply that Scorsese acquitted himself on the assignment, it is that he used the tools and talent of the production—a richly textured script by Richard Price, a mid-level studio budget bigger than anything he’d had for some time, the gravitas of Paul Newman, and the charge of young Tom Cruise in all his youthful arrogance and big-kid innocence—to make a film about regret and redemption. And he delivers the cinematic charge of the pool room culture of hustle and gamesmanship along with the education of a young protégé lacking self and a mentor who has yet to face his own conflicted feelings about the game.

Twenty-five years after walking away from the game in The Hustler, Newman’s Fast Eddie Felson has settled into success as a liquor salesman, a cross between a modern whisky drummer and a suave, slick bootlegger who sells his customers inexpensive alternatives to top-shelf brands. Until he sees Vincent (Cruise), a grinning hotshot who wields a cue like a quarterstaff in a “Robin Hood” movie and outplays the neighborhood poolroom hustler (John Turturro) without breaking a sweat.

Cruise is in peacock mode as Vincent, all cocksure kid strutting his victories and feeding off the attention of the crowd, while Newman rules the room and the film as Eddie, once the student who decides to stake the kid and teach him the rules of the game. Every gesture shows not just his understanding of human nature but his delight in playing the game, which for Eddie is less about the table than playing the odds and playing the player. But just as his lessons sink in with his undisciplined disciple, Eddie faces his own crisis in self-esteem and identity, thanks to a hard lesson from a small-time hustler (Forest Whitaker in a brilliant arrival). The performance earned Newman the Academy Award for Best Actor.

Eddie’s journey is more conventional than the usual Scorsese hero and so is the film, which goes for grace and style over jittery energy and characters on the verge of combusting. Scorsese puts his efforts into the dynamism of the trio of partners (Eddie, Vincent, and Mary Elizabeth Mastrantonio as Carmen) and in celebrating the smoky culture of poolroom society and the snap and crack of a well-played game. If there is such a thing as pool table choreography, Scorsese has mastered it; his camera glides through long, unbroken sweeps around the table as the players sink their shots one after another.

And yet Scorsese’s most accomplished work may be in the first 15 minutes, from the voice-over intro (Scorsese explaining the rules of nine ball) to Robbie Robertson’s smoky, bluesy theme to the easy confidence of the introductions. We hear Newman’s voice but see only money and booze on a bar, the currency of Eddie’s life, in the opening shot. Scorsese takes his time pulling back from the intimacy of the Eddie flirting his way through a sales pitch with Janelle (Helen Shaver) over a bar to take notice of the kid running the table in the background. Eddie’s eyes light up with the charge of possibilities but he plays it cool and cagey, sitting back to observe not just the kid but his girlfriend Carmen (Mastrantonio), clearly the brains of the duo (and most of the ambition), and he plants the seeds of playing the circuit. He sets the bait, plays the angles, and lets them come to him. For a man who has been out of the game for decades, Eddie returns with vengeance, seasoned and mature and ready to prove that years of being a student of people will pay off the only way that matters: money.

Yet even in the early scenes of The Color of Money, it’s clear that money itself is less a goal than simply a yardstick for measuring success. It’s the game that draws Eddie back, and it’s the game that ultimately is the arena in which he makes his stand.

, iTunes, GooglePlay and/or other services.
The Color of Money [DVD]

The Color of Money [Blu-ray] 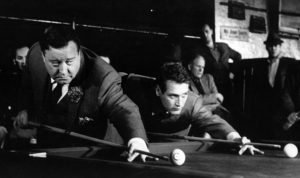