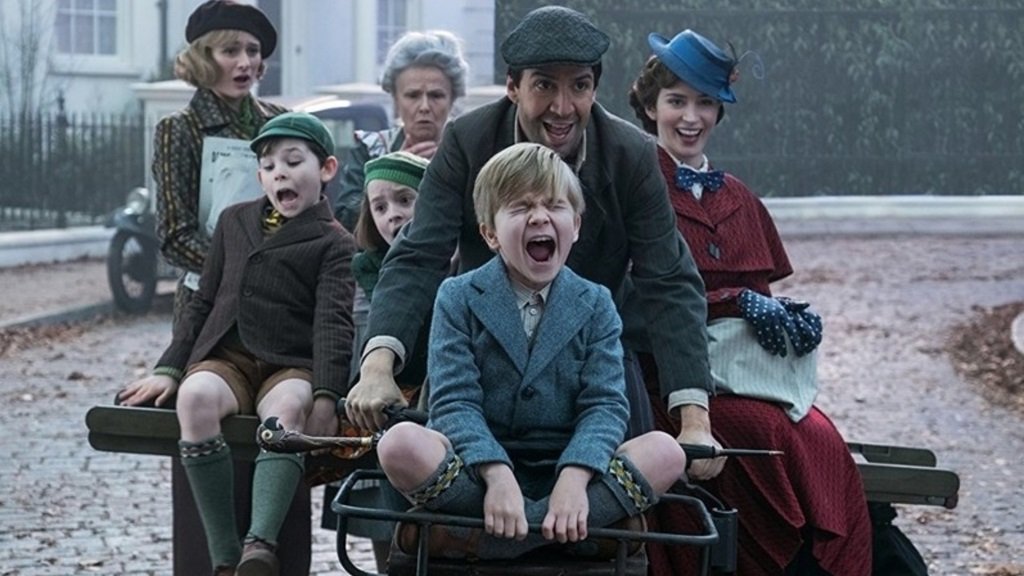 Mary Poppins Returns (2018, PG) stars Emily Blunt as Britain’s most famous nanny, who floats back into the lives of the now-grown Jane and Michael Banks (Emily Mortimer and Ben Whishaw) to help with Michael’s children. Lin-Manuel Miranda and Meryl Streep co-star in the musical sequel. Now streaming on Netflix.

Chadwick Boseman plays Thurgood Marshall in Marshall (2017, PG-13), a legal drama about the future Supreme Court Justice when he was an NAACP attorney in 1940 fighting a seemingly unwinnable case. Streaming on Amazon Prime Video.

Looking for something more educational to occupy kids in the summer break? Some of the most visually engaging natural history documentaries from BBC Earth are on Netflix, including Planet Earth (2006) and follow-up Planet Earth II (2016), Frozen Planet (2011) about life at the poles, and Life Story (2014) about the life cycle of animals across the globe. All are hosted by David Attenborough. Now on Netflix.

Foreign language pick: dry wit and playful storytelling help make Woman at War (Iceland, 2018, not rated, with subtitles) both a serious drama of ecological activism and a warm, winning story of devotion, sacrifice, and family. Streaming on Hulu.

Free pick: Before she was Captain Marvel, Brie Larson won an Oscar in the gripping and emotionally layered drama Room (2015, R). Streaming on Hoopla, which is available through most public library systems.

A bullying CEO (Regina Hall) wakes up as her young self in Little (2019, PG-13), a comedy costarring Issa Rae and Marsai Martin. Also on DVD and at Redbox. Also new:

Anthony Mackie is an ER nurse who teams up with a wounded criminal (Frank Grillo) to take on corrupt cops and save his kidnapped wife in Point Blank (2019, not rated), an American remake of a 2011 French thriller.

More streaming TV: a Seattle family adjusts to life in a small town in Georgia in the family-friendly sitcom Family Reunion: Season 1 with Anthony Alabi and Loretta Devine. Also new:

Foreign affairs: Sobibor (Russia, 2019, not rated, with subtitles), Russia’s official submission to the 2019 Academy Awards, dramatizes the only successful escape from a Nazi concentration camp. Also newly arrived is another World War II true story: Downfall (Germany, 2005, R, with subtitles), with Bruno Ganz as Hitler in the final days of the war.

Cult movies: horror legend George Romero reworks the King Arthur story in Knightriders (1981, R), starring Ed Harris as the idealistic leader of a troupe of cycle-riding gypsies in a traveling Renaissance Fair, and the dystopian science fiction drama A Boy and His Dog (1975, R) with Don Johnson remains the best adaptation of Harlan Ellison’s work.

James Badge Dale stars in the acclaimed crime thriller The Standoff at Sparrow Creek (2018, not rated) as an ex-cop ferreting out a killer in a militia group. Also newly arrived:

The Hulu Original series Harlots: Season 3 with Samantha Morton and Lesley Manville is now underway with new episodes each Wednesday.

The two-part documentary I Love You, Now Die (2019, TV-MA) examines the suicide of 18-year-old Conrad Roy and the trial of his girlfriend Michelle Carter, who encouraged him to kill himself with texts.

Showtime debuts the documentaries General Magic (2019, TV-PG), about the rise and fall of the 1990s Silicon Valley start-up that created the first viable smartphone, and Shangri-La (2019, not rated), which profiles legendary music producer and Def Jam Records co-founder Rick Rubin.

Timothy Spall and Brian F. O’Byrne star in The Heist at Hatton Garden (2019, not rated), a limited series based on the real-life diamond robbery launched by four elderly men. The British TV production makes is U.S. debut on Britbox.

Criterion presents “Directed by Pedro Almodóvar,” a collection of nine films from the acclaimed Spanish filmmaker including the Oscar-nominated Women on the Verge of a Nervous Breakdown (Spain, 1988, R, with subtitles), and four classic musicals starring Fred Astaire and Ginger Rogers including a special edition of Swing Time featuring commentary, interviews, and a documentary on the musical numbers.

Ryan Reynolds is a traveling gambler in the buddy road movie Mississippi Grind (2015, R) and Oscar Isaac and Jessica Chastain star in the superb drama A Most Violent Year (2015, R). Also new to Hoopla: