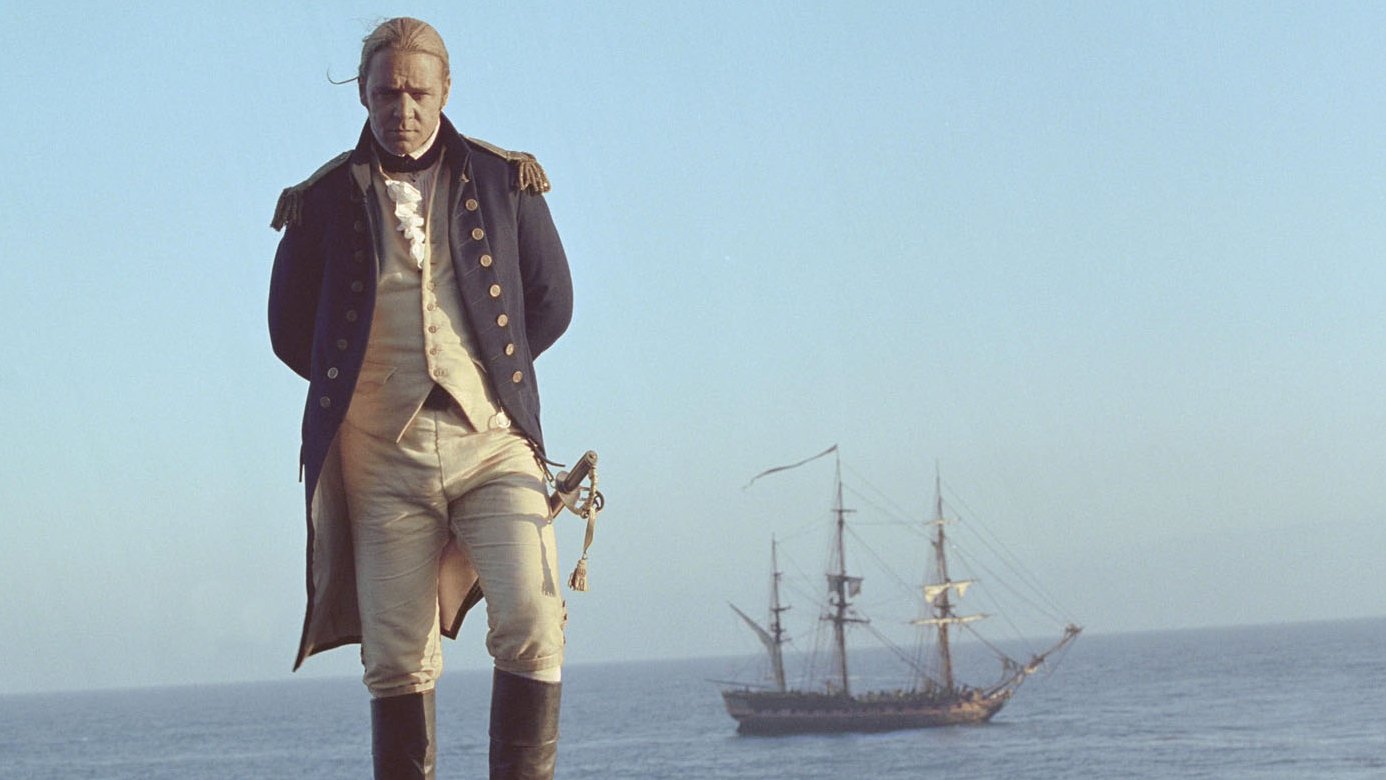 Peter Weir’s sweeping nautical adventure Master and Commander: The Far Side of the World (2003), based on the beloved novels of Patrick O’Brien, all but blows sea spray from the screen.

Russell Crowe is Captain Jack Aubrey of the H.M.S. Surprise, an English officer on the high seas during the Napoleonic wars, and Paul Bettany is his best friend Dr. Stephen Maturin, the ship’s cultured doctor. Think of him as a combination Spock and McCoy (both cool headed and humanistic) to Aubrey’s adventuring Kirk, who defies all common sense to chase the sleek French ship that disabled the Surprise.

The odyssey takes them from the coast of Brazil, around the storm-wracked Cape, and to the Pacific for an idyllic shore leave at the Galapagos Islands (where part-time naturalist Maturin beats Darwin to some, dare I say it, evolutionary discoveries), before the final showdown. The attention to detail is mesmerizing, the action is thrilling, and Weir never lets you forget the stakes and the consequences for all the stalwart heroism.

James D’Arcy is the loyal first officer, Lord of the Rings veteran Billy Boyd is a young sailor, and Max Pirkis is quite lovely as a young midshipman who shows that the British culture of stiff-upper-lip attitude begins in childhood.

It was nominated for ten Academy Awards and won for best cinematography and best sound.

, iTunes, GooglePlay, Vudu and/or other services. Availability may vary by service.
Master and Commander: The Far Side of the World [Blu-ray]

Master And Commander: The Far Side of the World [DVD}

Master and Commander: The Far Side of the World [Two-Disc Special Edition DVD]

On Blu-ray and DVD from Fox Home Video. The single-disc DVD has no supplements by the Two-Disc Special Edition DVD and Blu-ray editions include the feature length documentary The Hundred Days, the original featurettes In the Wake of O’Brian (about adapting the novel) and Cinematic Phasmids (on the special effects), plus additions featurette, six deleted scenes, multi-angle studies of two battle scenes, and an interactive sound recording demo featuring the many sounds of cannon fire. Additionally, it includes galleries of conceptual art, period Naval art, technical drawings and blueprints, additional theatrical teasers and trailers, and an accompanying two-sided mini-poster (with a period map on one side) and booklet.