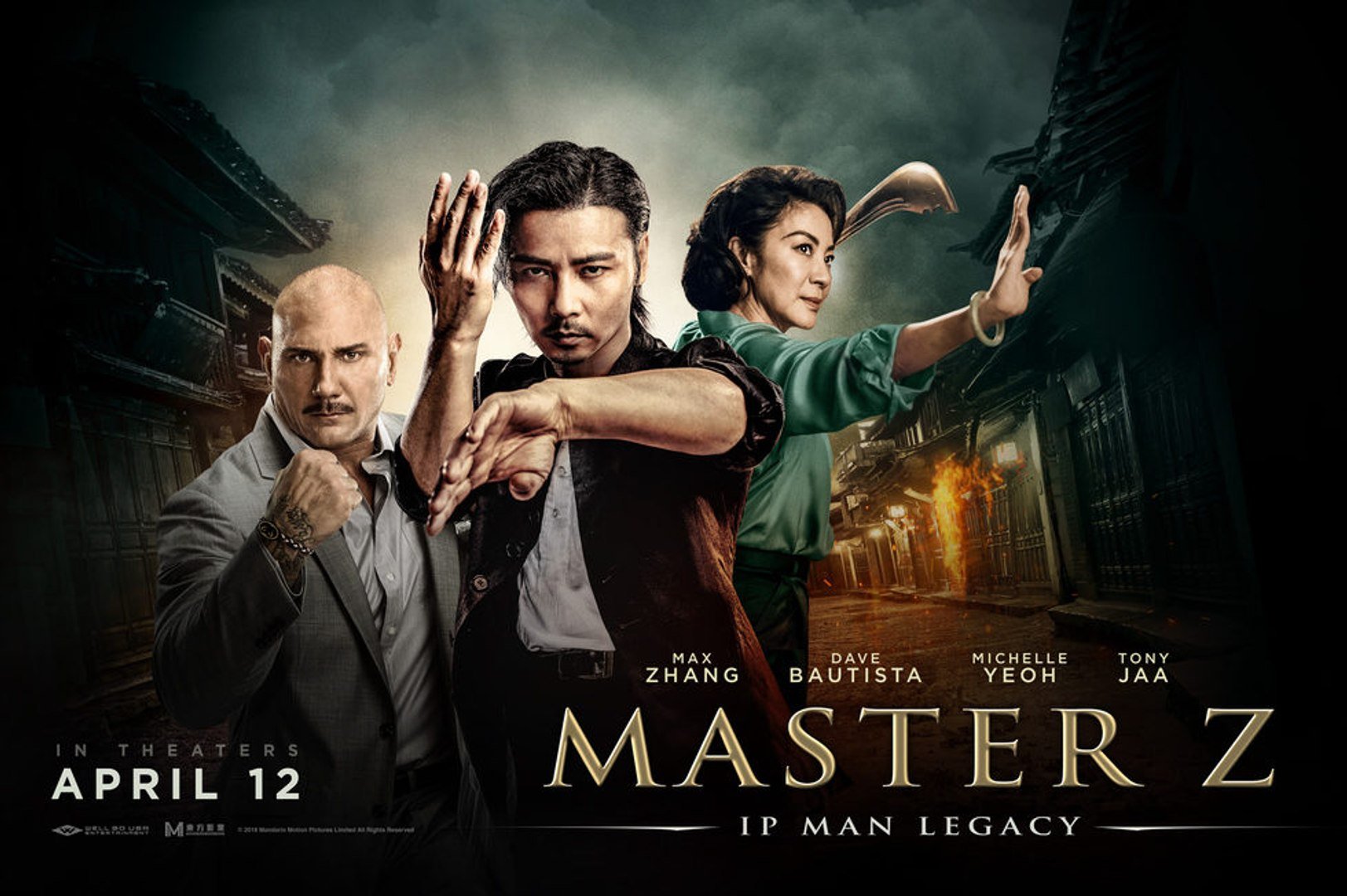 A spin-off of the popular series of Ip Man martial arts dramas, Master Z: The Ip Man Legacy (China, 2019) follows the path of Cheung Tin-chi (Jin “Max” Zhang), the self-described master of Wing Chun who was defeated by Ip Man in Ip Man 3.

As Master Z opens, he has turned his back on martial arts to run a grocery store and raise his son in peace in Hong Kong. But in the tradition of such stories, he is drawn back into violence to defend two women from a violent gang and ends up battling both the gangs that terrorize the streets and the corrupt police in the pocket of the drug dealers. This is set in the early 1960s, when the police force was under the jurisdiction of the British colonial government, and it traces the root of corruption to arrogant westerners in Hong Kong.

The script follows a familiar formula but the film delivers on action and spectacle. Legendary action choreographer Yuen Wo Ping directs and contributes superb martial arts scenes, and it features colorful production design, notably a dazzling street set that looks like an inner city Vegas strip lit by neon signs that become props in one of centerpiece fight scenes.

Max Zhang makes a fine if unexceptional hero, better in action than delivering dialog. Michelle Yeoh costars as the regal head of the crime family, Indonesian action star Tony Jaa has a small role is a hired thug, and Dave Bautista (Guardians of the Galaxy) is the local restaurateur who runs the drug trade.

Not rated, available in Chinese with English subtitles and English dubbed editions.