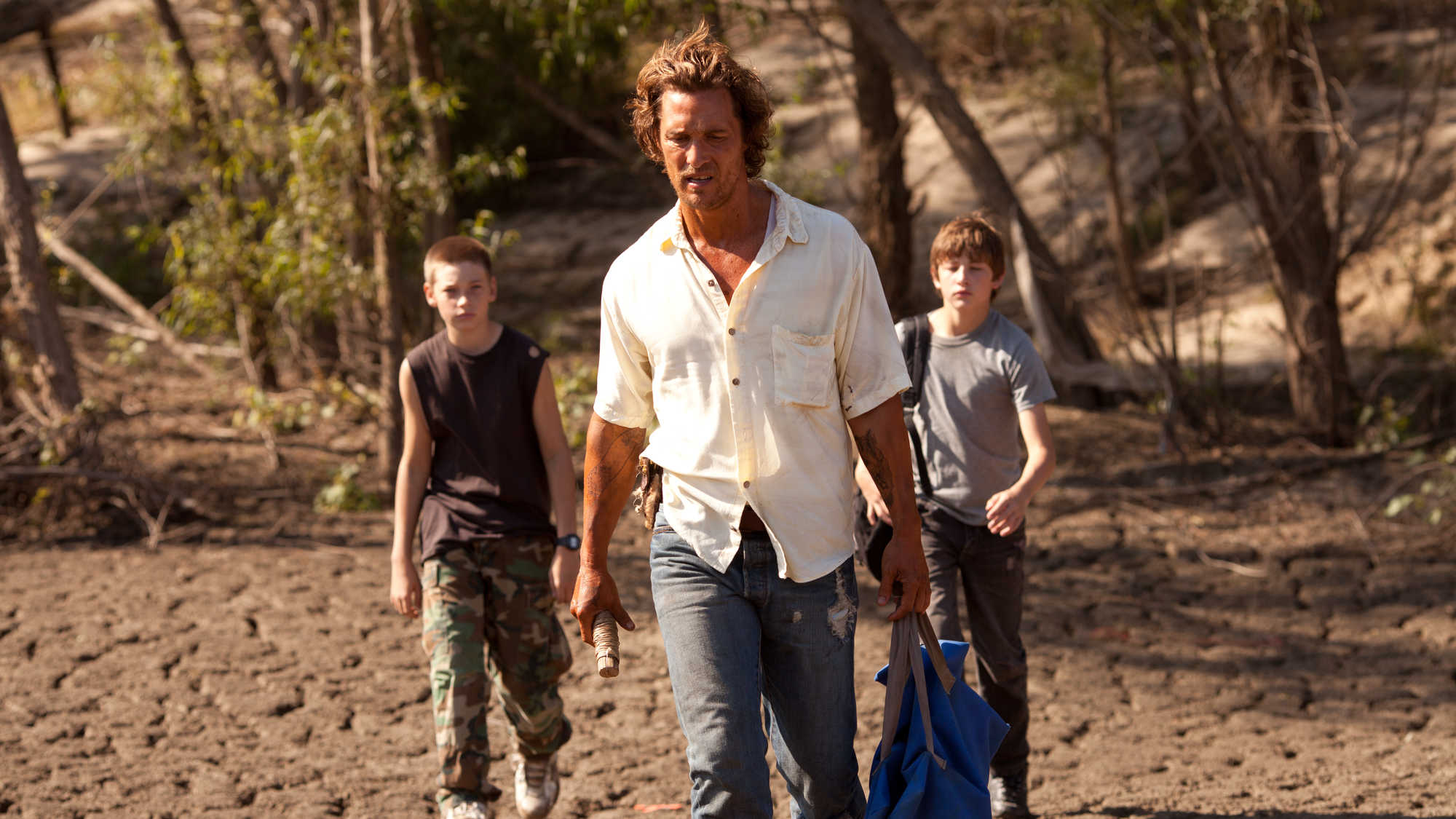 Mud (2012), the third film from director Jeff Nichols, is a story of childhood adventure steeped in the rural culture of life on the Mississippi and the mythology of Huckleberry Finn, but this boy’s adventure is also tangled in the world of adults and family bonds.

Matthew McConaughey is the man called Mud, a scruffy but affable outlaw planning a romantic flight with his girlfriend Juniper (Reese Witherspoon), but it’s a little more complicated than that. While Mud may be savvy about character, he’s blind when it comes to the flighty, reckless Juniper, who always returns to Mud when her latest romantic adventure invariably sour. Now he’s on the run from thugs and cops alike.

The story, however, belongs to Ellis (Tye Sheridan), an anxious young teenager whose parents are splitting up. As his life gets upended, he invests all his idealism into this romantic adventure, creating his own tall tale with real-world dangers and consequences.

Nichols made his feature debut with Shotgun Stories, shot in his native Arkansas and starring Michael Shannon, and followed it with the acclaimed Take Shelter, a harrowing psychological drama starring Shannon and Jessica Chastain set in the economic instability of rural life in Ohio. Mud brings Nichols back to Arkansas, with bigger stars and a bigger budget but the same commitment to character and place. What he creates is lovely and moving and deeply rooted in a culture slowly disappearing in the 21st century, a culture that he brings out like another character in the film.

It won the Film Independent Spirit Award for its ensemble cast.

The Blu-ray and DVD from Lionsgate features director commentary, four featurettes with the cast and crew, and a bonus UltraViolet digital copy for download and instant streaming.