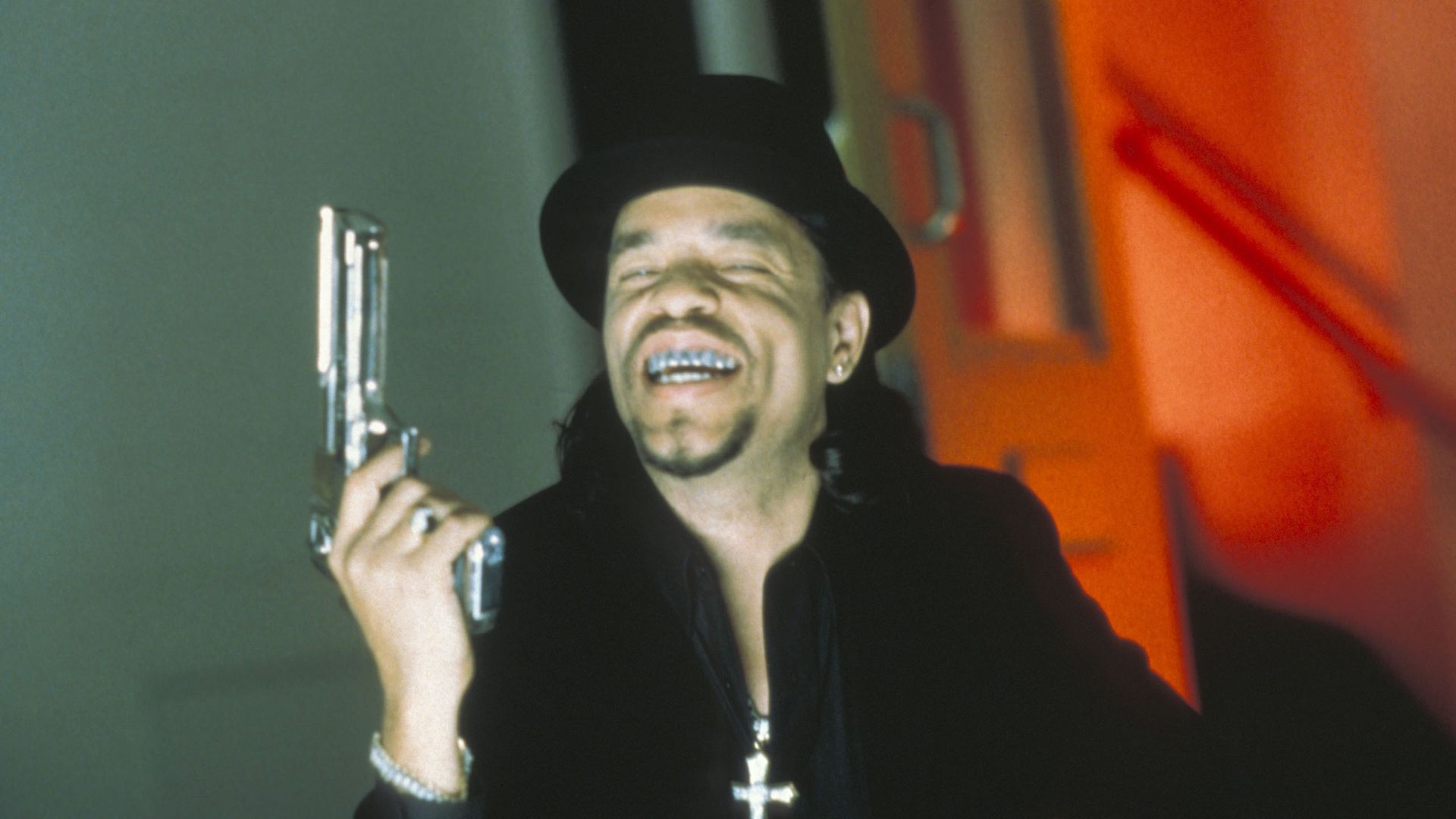 There’s not so much a story to Mean Guns (1997) as a premise. A mobster (Ice-T) calls dozens of associates to a newly built prison the day before it’s dedicated, locks them in, and pits them against one another.

Direct-to-video stylist Albert Pyun sets this plotless gun crazy frenzy to the mambo beat of Prez Prado and runs with it.

The last three survivor are promised to split a prize of $10 million, but that doesn’t seem all that important to Lou (Christopher Lambert under a bleach job), a grinning psycho having a little too much fun. Meanwhile the soul of the group belongs to the craggy faced Marcus (Michael Halsey), a ruthless killer with an odd sense of purpose and a code of honor.

The story is merely an excuse for unending gunplay and giddy violence and Pyun rises to the occasion, executing everything from riotous free-for-alls to elaborate chases to western-style standoffs (complete with a haunting spaghetti western style guitar and trumpet theme).  His camera is always in motion, like he’s rushing to keep up with what’s going on, and it adds an excited immediacy to the action.

The video titles, dingy lighting, and dusky color give away the low budget and ultimately the script doesn’t make any sense. Pyun wisely avoids the confusing plot (which he himself sometimes loses) and concentrates on his particular strengths: wild, wicked, practically non-stop action driven by a restless camera and rat-a-tat editing.

Also on DVD and on SVOD through Amazon Video, iTunes, GooglePlay, Vudu and/or other services. Availability may vary by service.
Mean Guns [DVD]