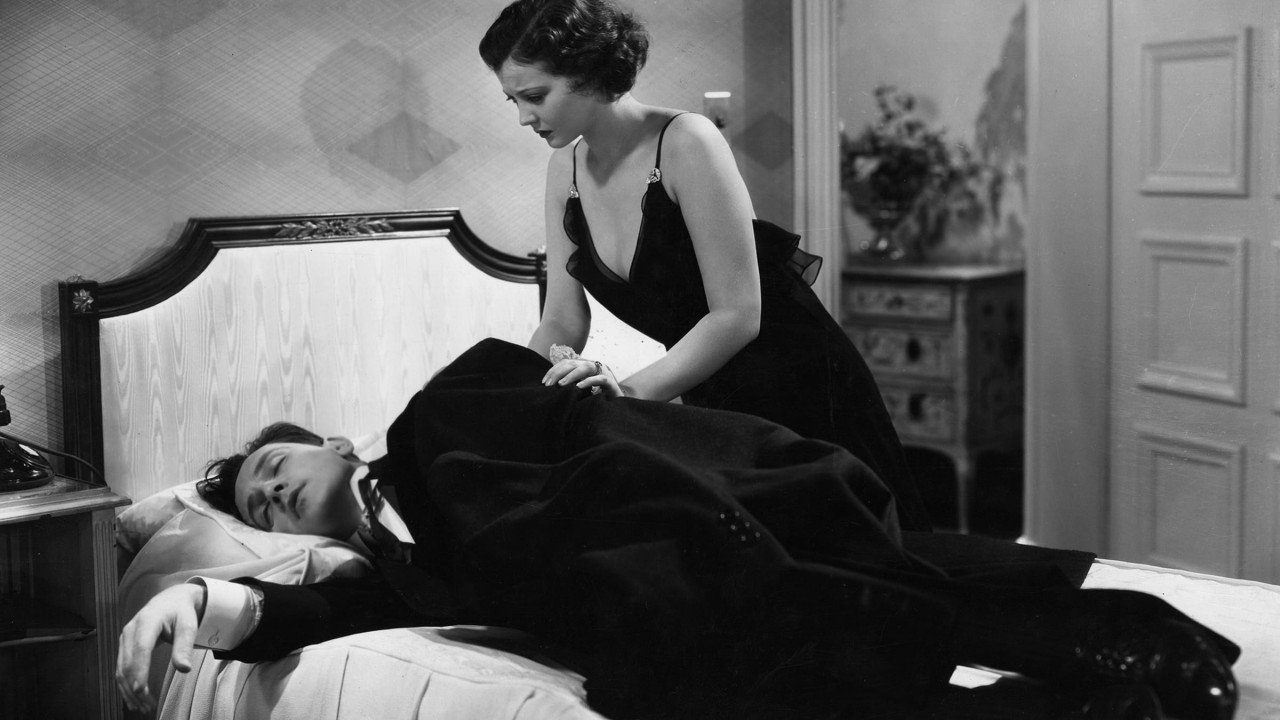 Fredric March is Jerry Corbett, “one of the few drinking newspapermen who can still keep his job,” in Dorothy Arzner’s Merrily We Go to Hell (1932). That’s about all he can keep.

His heart was broken years ago by an actress (Adrianne Allen) and sweet, trusting, forgiving society girl Joan (Sylvia Sidney) is the first woman he’s fallen for since. “I think you’re swell,” he says, again and again. She thinks he’s sweet and funny and indeed, Jerry is quite charming whether drunk or sober. He’s simply not a particularly reliable husband. He gets plastered on the night of the engagement announcement, he loses the ring before the wedding, and when his new play gets shanghaied by its leading lady (who just happens to be his ex), he’s blitzed by the time the curtain closes on opening night.

The title is a refrain repeated by Jerry as he embarks on his drinking binges. “I’d rather go merrily to hell with you than alone,” Joan confesses as she attempts to keep up with him, and not just with his alcoholic intake. As Jerry embarks on a very public affair, Joan matches him by flitting through New York nightlife. A dapper young Cary Grant (in one of his earliest roles) plays her arm candy. He has only one scene but he’s quite debonair and charming.

Dorothy Arzner was the rare career woman director in the Hollywood’s golden age and this is one of her best films. Merrily We Go to Hell is smart and sharp and clever. It’s daring in its open acknowledgment of extramarital affairs and New York society decadence. And, in the waning days of Prohibition, it is a film where its characters flagrantly flout the law and drink. A lot.