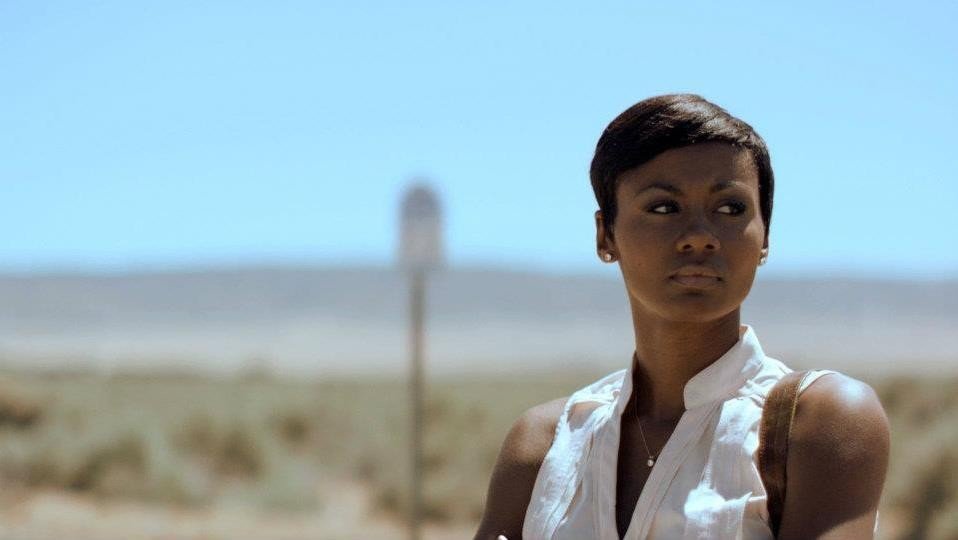 Before directing Selma and A Wrinkle in Time, Ava DuVernay made Middle of Nowhere (2012), a small story about a woman who put her aspirations on hold when her husband goes to prison.

Ruby (Emayatzy Corinealdi) drops out of medical school and takes a nursing job so that she can be at home for daily calls from Derek (Omari Hardwick) and make the two hour bus ride from the Los Angeles suburbs to the prison every week. Ruby’s mother (Lorraine Toussaint) isn’t shy about letting her disappointment show and Ruby spends more time with her sister (Edwina Findley Dickerson), a single mother raising a young boy, to avoid such issues. She believes Derek regrets his mistakes and he probably believes so too, but as he becomes illegible for early parole the reality proves to be more complicated. Which is really what the film is about: life is more complicated than the parameters she has fenced around it. Ruby’s commitment to her husband’s support comes at a cost beyond mere professional success, and his past doesn’t go away so easily.

This isn’t about dramatic revelations and charged confrontations. DuVernay, who also wrote the original screenplay, has made a film about those moments lived between the decisions and is able to show Ruby coming around to see what has been obvious to others. She makes Derek a complicated and nuanced character in his limited screen time—the films stays with Ruby through her story, seeing only what she does—neither judging nor forgiving him as Ruby discovers that his mistakes are not over. The restraint leaves some issues a little vague and unsure, such as Derek’s child from a previous relationship and his past (and present) involvement in the gangs, which can be frustrating, but this isn’t his story. It’s about Ruby and the choices she makes.

The title is apt, and not just for her commitment to a husband who is locked up two hours away in the middle of the desert. Even in Ruby’s East Los Angeles neighborhood, DuVernay’s images pare away detail and separate Ruby from her surroundings and even her family, as if she has isolated herself from the world. Except for traveling to and from work (always by bus; there’s no car on Ruby’s salary), she hardly interacts with anyone but her family, and even with mom she keeps all interactions as a distance.

Corinealdi gives a quiet but expressive performance as a woman who doesn’t recognize her own malaise and loneliness until she’s wooed by an easygoing bus driver (David Oyelowo, who stars in Selma as Dr. King) and she realizes how much of herself she’s sacrificed. In those moments, when friendly conversation and a little flirtation coaxes a smile from her, we get a sense of who Ruby might have been before she gave up her life. And DuVernay resists putting her transformation into words—even the lovely voiceover as she speaks her feelings for perhaps the first time is more poetry than prescription—and instead lets the flowering of Ruby come through the way she allows herself to live and be. That sensitivity and grace won DuVernay the Best Director award at Sundance and and the John Cassavetes prize at the Film Independent Spirit Awards, one assumes, proved that she had the talent to tackle Selma.

Add to My List on Netflix or stream free on Kanopy, which is available through most public and college library systems.

Also on DVD and on SVOD through Amazon Video, iTunes, GooglePlay and/or other services. Availability may vary by service.
Middle Of Nowhere [DVD + Digital]