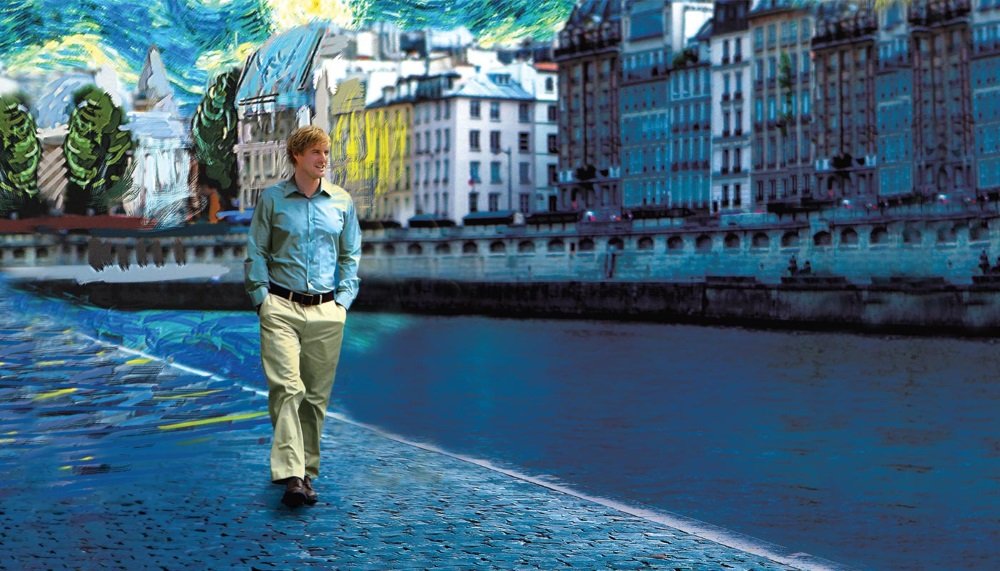 Who would have predicted that Midnight in Paris (2011) would become Woody Allen’s most financially successful film ever?

On the one hand, the wish fulfillment fantasy of an American screenwriter (Owen Wilson) on a Paris vacation who is whisked back in time and welcomed into the company of the Lost Generation artists of the twenties, is pure lark, a waking dream of delights where the fondest wishes are delivered with idealistic perfection. On the other, Allen brings his fantasy to life with such affection and joy that he transports us into his dream come true as a shared fantasy. We, too, are embraced in the bosom of this society, welcomed into the company of invited to share their company: F. Scott and Zelda Fitzgerald (Tom Hiddleston and Alison Pill), Ernest Hemingway (Corey Stoll), Gertrude Stein (Kathy Bates), Pablo Picasso (Marcial Di Fonzo Bo), Salvador Dali (Adrien Brody), Luis Bunuel (Adrien de Van), et al. as an equal. All we have to bring is a little wit, and the amiable Wilson does just that.

Allen doesn’t work at convincing us it is anything but a fantasy and simply enjoys the experience, as does the tremendous cast he invites to the party. But no one exudes more delight that Wilson, the most open and accepting and amiably sincere of Allen’s stand-ins, strolling into every situation with a grin across his face and an easy acceptance of everyone he meets. No kibitzing malcontent here, Wilson is the soul of generosity. This is a man who just wants to share the joy of his discoveries. He just needs to find someone who values them as much as he does.

It’s also a heartfelt love letter to Paris. Taking his camera to the streets, Allen offers the loveliest walking tour of the city I’ve seen on screen, and in his time travel reminds us of the history that resonates in the very streets and skyline views of the city. Midnight in Paris is surely the most romantic vision of Allen’s career.

It won an Academy Award for Allen’s original screenplay.

Also on Blu-ray and DVD and on SVOD through Amazon Video, iTunes, GooglePlay, Vudu and/or other services. Availability may vary by service.
Midnight in Paris [DVD]