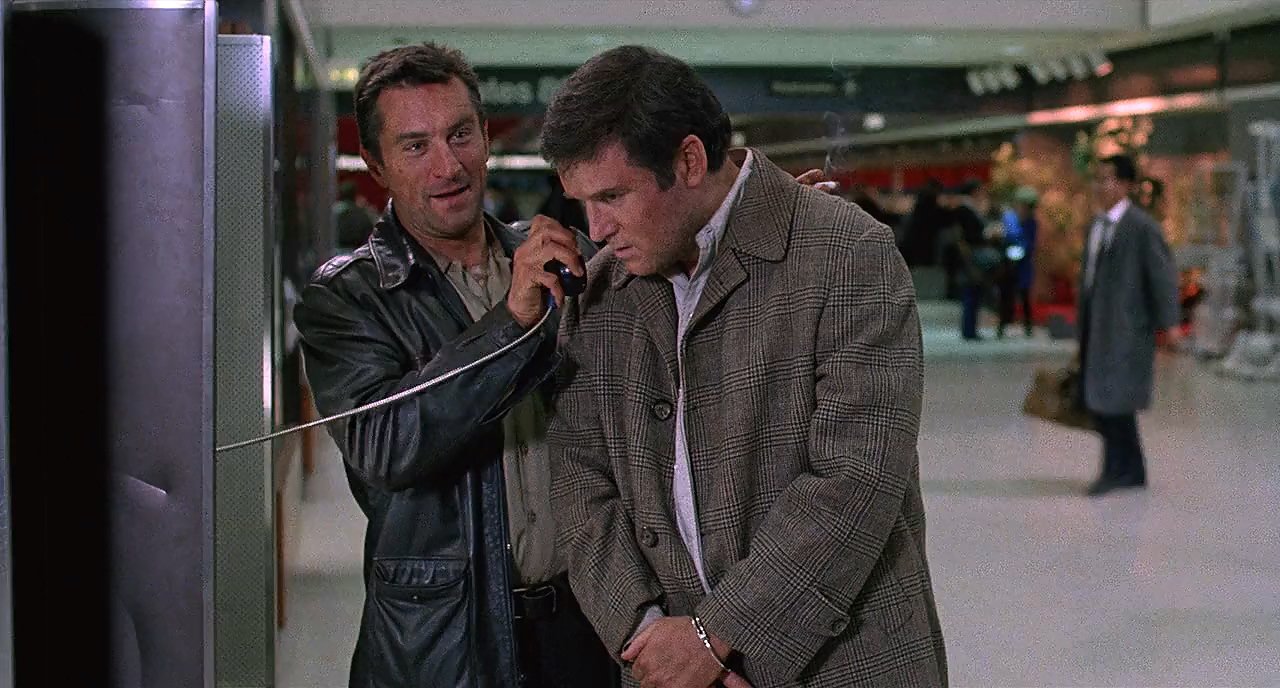 The midnight run of Martin Brest’s action comedy Midnight Run (1988) refers to what is supposed to be an easy job for skip tracer and bounty hunter Jack Walsh (Robert De Niro). He’s hired to capture Jack “Duke” Mardukas (Charles Grodin), a mild-mannered accountant who stole $15 million from the mob and then skipped out on his bail, and haul him across the country from New York City to Los Angeles in time to testify in a mob trial. What is supposed to be an easy job (for which Jack is to collect $100,000) is complicated by Duke’s fear of flying (which means going overland by car, bus, train, or whatever is available), a rival bounty hunter sabotaging his efforts, the FBI determined to take Duke in themselves, and mobsters out to assassinate him before the trial.

The film is packed with impressive action scenes but is carried by the odd couple humor and comic chemistry between De Niro, playing his first comedy role in a major Hollywood film as the street smart ex-cop turned wily bounty hunter, and Grodin at his low-key best as a hapless schlub who turns out to be smarter, and more honorable, than appears at first glance. Handcuffed together for most of the film, their sparring is hilarious and growing affection for one another reshapes the entire enterprise and gives the fast-paced film a beating heart.

In the boom of action comedies and mis-matched buddy films in the eighties, this is one of the best, thanks to a Brest’s balance of comedy and action, a clever script, excellent casting (including Dennis Farina as the mob boss and Joe Pantoliano as the double-crossing bail bondsman), and two superb performances at the center of the craziness.

Blu-ray Collector’s Edition (a part of the Shout Select imprint) is newly remastered from the film’s 2K interpositive and includes a new a featurette with clips and brief comments by Robert De Niro plus interviews with actors Charles Grodin, Joe Pantoliano, John Ashton, and Yaphet Kotto and writer George Gallo, plus an archival making-of featurette.