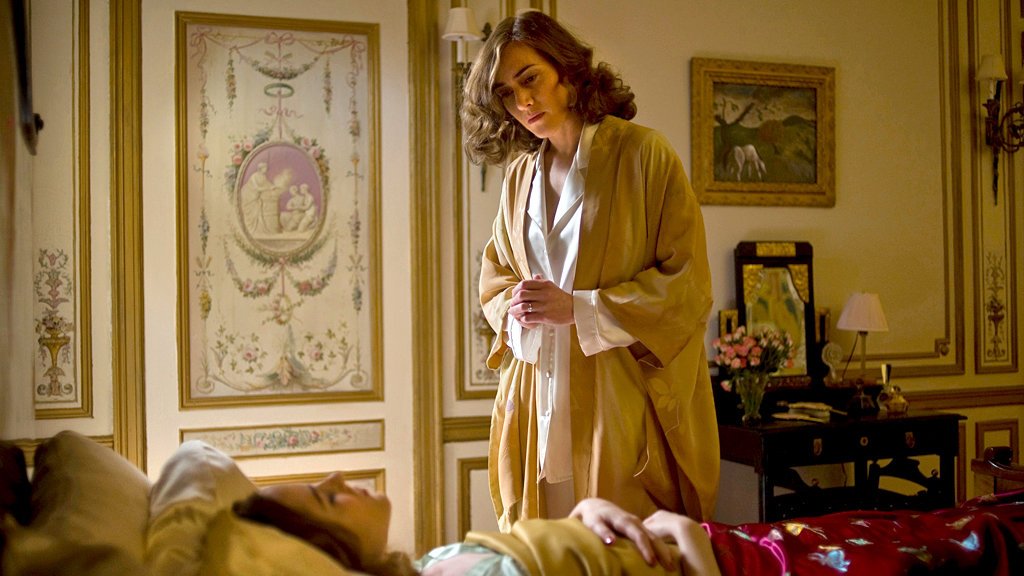 Mildred Pierce (2011) is less a remake than a new run at adapting the James M. Cain novel.

Previously made into a Hollywood classic (which earned Joan Crawford her only Oscar), it’s been transformed into a five-hour mini-series by director Todd Haynes, who cast Kate Winslet in the title role as the mother blindly devoted to her sneering, status-conscious daughter. There’s none of the murder mystery plot that Hollywood added to the depression-era melodrama.

The mini-series form has largely migrated from the networks to cable, and HBO is the perfect place for such an adult production. This is superb, a character study in maternal sacrifice and a skewed success story rooted in guilt and damaged self-esteem and powered by willful blindness of her daughter Veda’s (Evan Rachel Wood) evolution and her own compromises. Mildred enables Veda’s class snobbery and helps create the cold, manipulative human monster she becomes.

With the luxury of time, this series fills out Mildred’s relationships to her husband (Brían F. O’Byrne), her husband’s partner with whom she has an affair (James LeGros), and Monty Beragon (Guy Pearce), her broke aristocrat of a lover. And Haynes looks to the sepia tones of seventies Hollywood period pieces for the period recreation depression-era Los Angeles.

Salon.com TV critic Matt Zoller Seitz praised the show as the best TV of 2011. “If I see a richer, more perfect drama on TV this year, I’ll be surprised,” he wrote in March. Let’s just say there were no surprises by year’s end as far as he was concerned. It’s worth reading his reflections on the series, which he covered week by week in detailed essays, with an overview, episodes 1 and 2, episode 3, and the finale (episodes 4 and 5). “I said it before and I’ll say it again: This miniseries is a masterpiece.”

The DVD and Collector’s Edition Blu-ray+DVD set both feature commentary by director Haynes, co-writer Jon Raymond and production designer Mark Friedberg on two episodes. The Blu-ray edition also features five-minute “Inside the Episode” interviews with Todd Haynes for each episode and the 30-minute “The Making of Mildred Pierce,” a well-made production documentary.