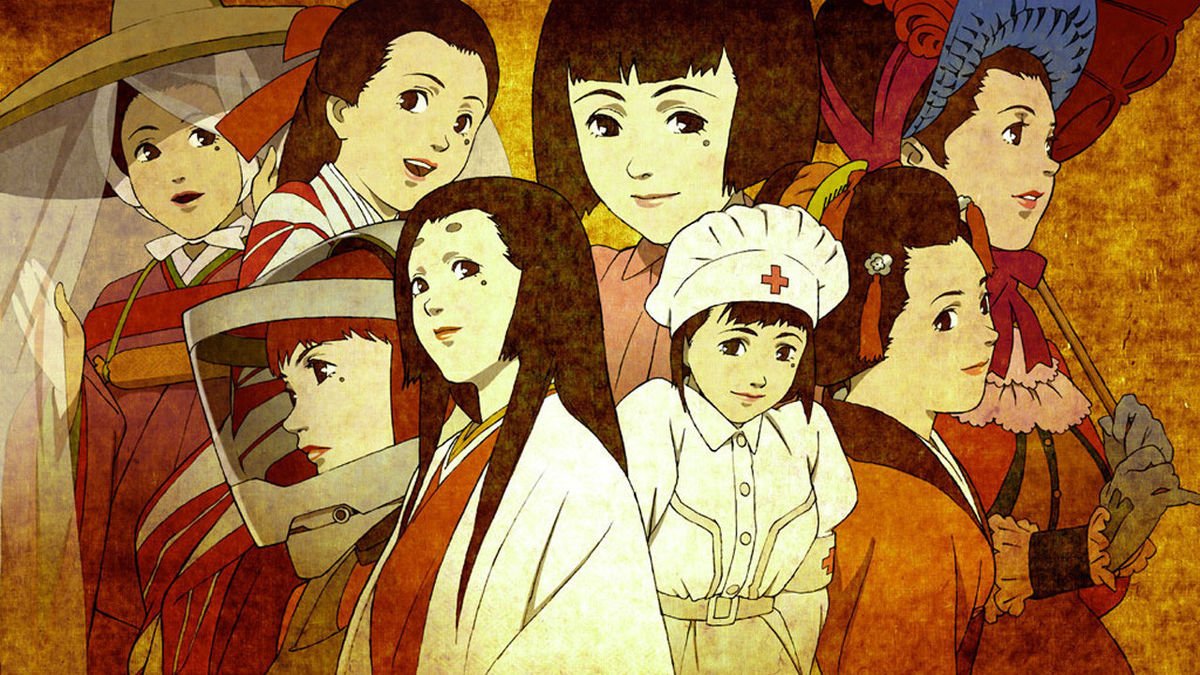 As loving and perceptive a tribute to the power and legacy of movies as I’ve ever seen, Satoshi Kon’s animated drama Millennium Actress (Japan, 2001) deftly weaves history and film and memory into an imaginative meditation on way the movies become a part of our lives. It’s Not exactly the first thing you’d expect from an animated feature, but then Japan has always been more open to the possibilities of the medium to tell sophisticated, mature stories and this is both, in the best sense of the definition.

The occasion of the trip down memory lane is a documentary on the life of legendary actress and post-war cinema star Chiyoko Fujiwara, who abruptly retired and went into seclusion 30 years earlier. Fujiwara is a fictional figure but as she describes her life and career to interviewer and devoted fan Genya Tachibana and his young cameraman, she gives them a firsthand tour of the cinema culture of Japan’s post-war studio glory days.

More than simply swept up in her story, they become swept into her past, wandering through her flashbacks and her films as witnesses to a life that merges with the roles of her career. Not content to remain spectator, Genya even casts himself as her devoted champion in her samurai adventures and costume epics, huffing through heroic battles until we finds ourselves back in Chiyoko’s home, where he’s barking the lines of a rogue samurai, lost in the joy of reenacting a classic movie moment with his screen idol.

It’s a beautiful expression of the interaction between stories and audiences, as well as being simply lovely in its own right. Kon uses shifts in texture and design to suggest the different period styles of the great Japanese genres, which the story winds in and out of almost imperceptibly.

He also shows a perceptive understanding of how animation can straddle the literal and the metaphorical without forcing the audience to choose one over the other. The fantasy of the movies and the dreams that make us a part of them are, in many ways, Chiyoko’s real story, and Genya’s as well: the legacy of lives spent on both sides of the silver screen. Never has the case been made with so much intelligence, understanding, and affirmation.

Stream free on Hoopla, which is available through most public and college library systems.