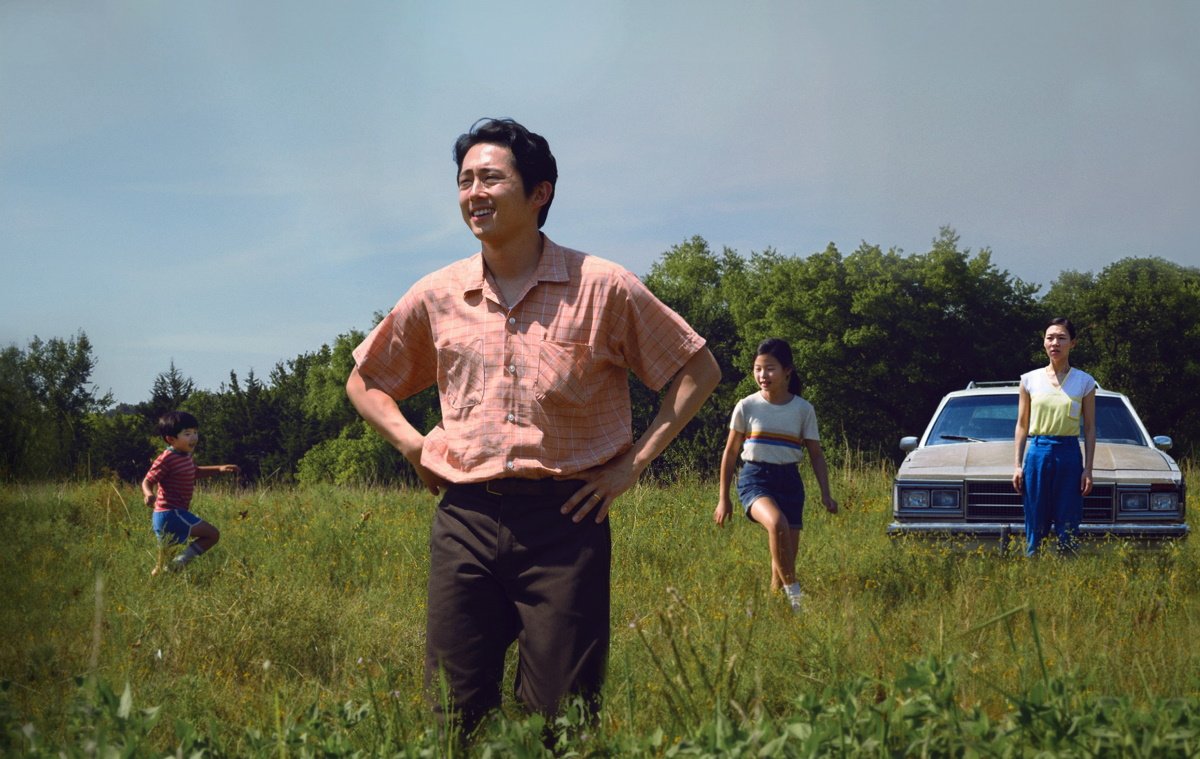 A Korean family emigrates to rural Arkansas in “Minari” (2020, PG-13, with subtitles), a modest but rich drama from Korea-American filmmaker Lee Isaac Chung that takes a nuanced view of the immigrant experience and complicated family dynamics that cross cultures. Steven Yuen (“The Walking Dead”) and Yeri Han plays the parents of two young kids straddling two cultures and Will Patton is a local farmer and service veteran who befriends the family. It’s an American independent film largely spoken in Korean. (VOD and Cable On Demand)

Newcomer Andra Day plays legendary jazz singer Billie Holiday in “The United States vs. Billie Holiday” (2021, not rated), which dramatizes her career against the backdrop of the FBI’s campaign of harassment and intimidation against her after she recorded and performed the powerful anti-lynching ballad “Strange Fruit.” Directed by Oscar-nominated filmmaker Lee Daniels (“Precious”), is costars Garrett Hedlund as the head of the Federal Bureau of Narcotics, Tyler James Williams as saxophone great Lester Young, and Trevante Rhodes, Da’Vine Joy Randolph, and Miss Lawrence. (Hulu)

The four-part documentary series “Allen v. Farrow” (TV-MA) takes a deep dive into the abuse allegation against Woody Allen made by his adopted daughter Dylan Farrow and Allen’s efforts to discredit his accusers, featuring in-depth interviews with Mia Farrow, Dylan Farrow, and Ronan Farrow (Allen declined to be interviewed) and previously unseen case files from the original investigation. Directed by Oscar-nominated filmmakers Kirby Dick and Amy Ziering, who have a track record exploring sexual misconduct. New episodes each Sunday. (HBO Max and all HBO platforms)

“Ginny & Georgia: Season 1” (not rated) channels “Gilmore Girls” in its dramedy of a whipsmart teenager (Antonia Gentry) and her young widower mother (Brianne Howey) with a checkered past making a new start in a small Massachusetts town. There’s a streak of pulp mystery (just how did Ginny’s stepdad die?) and crime drama twists (mom’s past shenanigans come back to haunt the family) to the bubbly, pop culture-infused comedy. (Netflix)

The documentary “Billie Eilish: The World’s a Little Blurry” (2021, no rated) is an intimate portrait of the singer-songwriter who became a global superstar at the age of 17, directed by Emmy-winning filmmaker R.J. Cutler. (Apple TV+)

Kid stuff: The new “Tom & Jerry” (2021, PG) drops the animated mouse-and-cat slapstick team in a live action world when Jerry the cat is brought into a posh New York hotel to get rid its new rodent resident. Chloë Grace Moretz and Michael Peña are the human stars of the comedy from director Tim Story (“Barbershop”), which streams for 31 days only. (HBO Max)

News: CBS All Access officially becomes Paramount+ next week. Not simply a rebranding, it marks the expansion of the service to include thousands of additional hours of movies and TV shows as well as a new slate of original shows. The streaming service promises an easy transition to the new app for current subscribers and a discount for new subscribers who sign up before March 4.

The documentary “Pelé” (2021, not rated) profiles the superstar athlete (now 80 years old) who took home three world cups and is celebrated as the greatest soccer player of all time.

Oscar Isaac stars as a Mossad agent assigned to bring Adolph Eichmann (Ben Kingsley) to trial for war crimes in “Operation Finale” (2018, PG-13), based on a true story.

“Captain Fantastic” (2016, R) earned Viggo Mortensen an Oscar nomination as a devoted father raising a family off the grid and coming to grips with the world outside their little Walden.

Vera Farmiga and Patrick Wilson play paranormal investigators in the horror films “The Conjuring” (2013, R) and “The Conjuring 2” (2016) from “Aquaman” director James Wan.

Joel Kinnaman plays a deep cover agent who gets himself incarcerated to infiltrate the mob at a maximum security prison in “The Informer” (2020, R), a thriller costarring Rosamund Pike, Common, Ana de Armas, and Clive Owen. (Amazon Prime)

The sports documentary “Top Class: The Life and Times of the Sierra Canyon Trailblazers” (TV-G), a limited series about a powerhouse high school basketball team, is an IMDb TV Original that plays with commercials.

True stories: “Saul and Ruby’s Holocaust Survivor Band” (2020) profiles a klezmer band formed by senior citizens Holocaust survivors who use music to celebrate life and “How to Eat Your Watermelon in White Company (And Enjoy It)” (2005, not rated) surveys the life and career of novelist, Wall Street Trader, and maverick filmmaker Melvin Van Peebles.

Meryl Streep is the worst singer who ever performed to elite audiences in “Florence Foster Jenkins” (2016, PG-13), a comedy with a tender compassion based on a true story.

Streaming TV: the fourth season of “Snowfall” (TV-MA), the FX crime drama set in the drug trade in 1980s Los Angeles, begins with episodes each Thursday.

“Blade Runner 2049” (2017, R), directed by Denis Villeneuve and starring Ryan Gosling and Harrison Ford, accomplishes a near-impossible feat: it creates a world as visionary and visually entrancing as the original. (All HBO platforms) Make it a double feature with Ridley Scott’s cult classic “Blade Runner: The Final Cut” (1982/2007, R).

Ben Affleck directs and stars in “Argo” (2012, R), an escape thriller based on a strange but true story, which earned three Oscars include best picture. HBO presents the “Extended Version” with additional scenes. (All HBO platforms)

The three-part documentary “Supervillain: The Making of Tekashi 6ix9ine” (2021, TV-14) looks at the rise of the hip-hop superstar. (Showtime Anytime)

“Silent Witness: Seasons 1-21” (1996-2018, TV-14), Britain’s longest running procedural, began with Amanda Burton as the head of the police pathology team, with Amelia Fox taking over after a few seasons. Along with the two most recent seasons currently available, it completes the series to date. (BritBox)

Criterion Channel concludes its “Black History Month” programming with the streaming premiere of the documentary “Nationtime” (1972, not rated), William Greaves’ report on the 1972 National Black Political Convention narrated by Sidney Poitier and Harry Belafonte, and five films “Directed by Mahamat-Saleh Haroun,” including the Cannes award-winning “A Screaming Man” (France, 2010, not rated, with subtitles) and “Grigris” (Chad, 2013, not rated, with subtitles), both set in his home country of Chad.