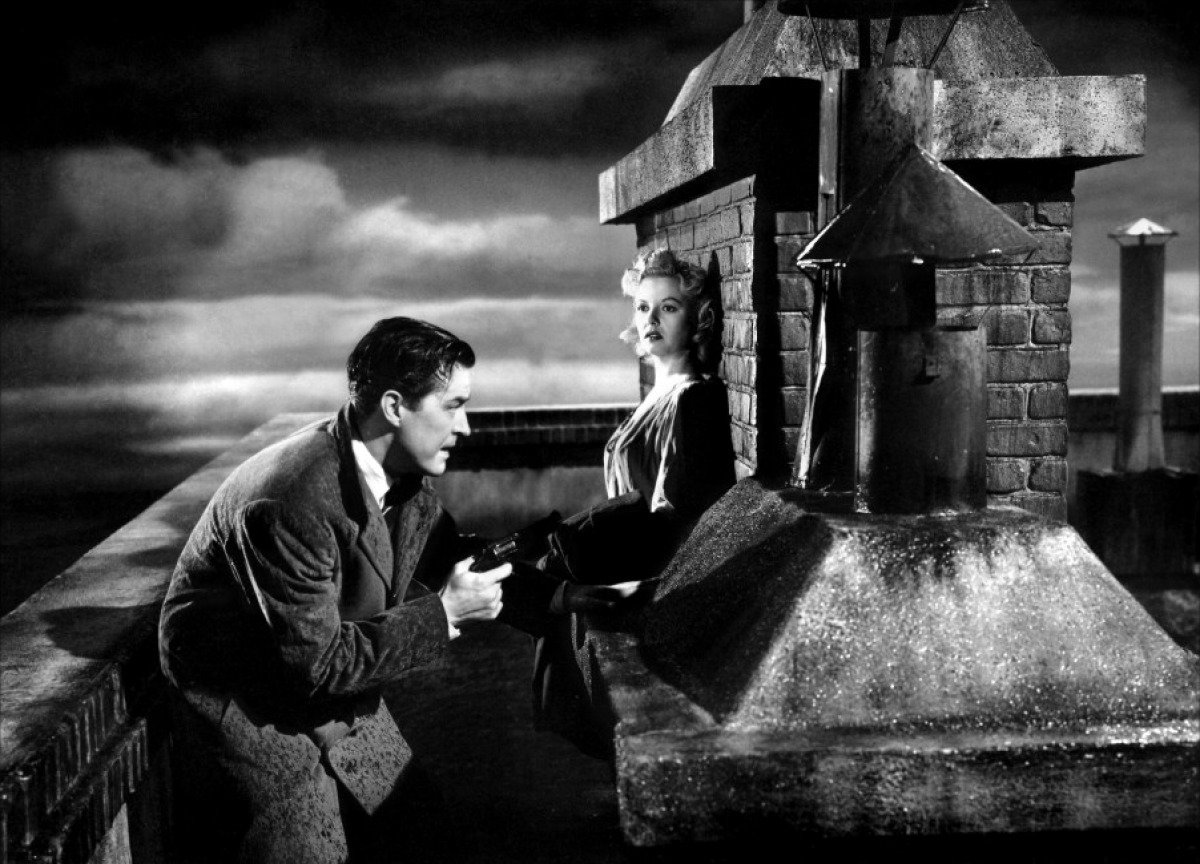 You could call the conspiratorial wartime thriller Ministry of Fear (1944) Hitchcockian, at least in its play with an innocent man swept up in international intrigue, but the sensibility comes from its director, Fritz Lang.

Ray Milland is the wrong man here, recently released from a mental asylum (he was sentenced for the mercy killing of his dying wife) and immediately plunged into the middle of a Nazi spy ring in Britain. Milland emerges from his exile back to the social world with an eagerness to connect. Enticed by the crowds and the energy of a village fair, a charity fundraiser for war widows and orphans, he plays along with the fortune teller and the cake raffle with a good-natured humor, oblivious to the forces of darkness circling around him. He’s assaulted by a blind man who isn’t blind, barely survives a German bombing raid in an otherwise peaceful country meadow, and is framed for a murder at a séance crowded with suspicious characters. Lang constantly lays land mines in seemingly unthreatening locations.

This is not Lang’s best film of the era, or even his most interesting portrait of paranoia and malevolent forces, but it is a lively thriller (adapted from the novel by Graham Greene) with unexpected turns. Milland’s buoyant attitude is at odds with the increasingly sinister conspiracy that upends his every action, and that’s part of the fun. Where other heroes would spiral into doubt and darkness, Milland’s conviction and optimism is defiant.

Meanwhile Lang constantly undercuts expectations when it comes to the oddball rogues gallery of agents and bystanders, all playing roles within roles. Supporting players Dan Duryea and Erskine Sanford are especially interesting, thanks in part to the way Lang refuses to provide us with any easy explanation of who they really are and what motivates them.

On Blu-ray and DVD and on SVOD through Amazon Video, iTunes, GooglePlay, Fandango, Vudu and/or other services. Availability may vary by service.
Ministry of Fear (Criterion Collection) [Blu-ray]

The Criterion Collection Blu-ray and DVD releases are mastered from a new 2K restoration and feature a video interview with film scholar Joe MeElhaney and a fold-out insert with an essay by Glenn Kenny.