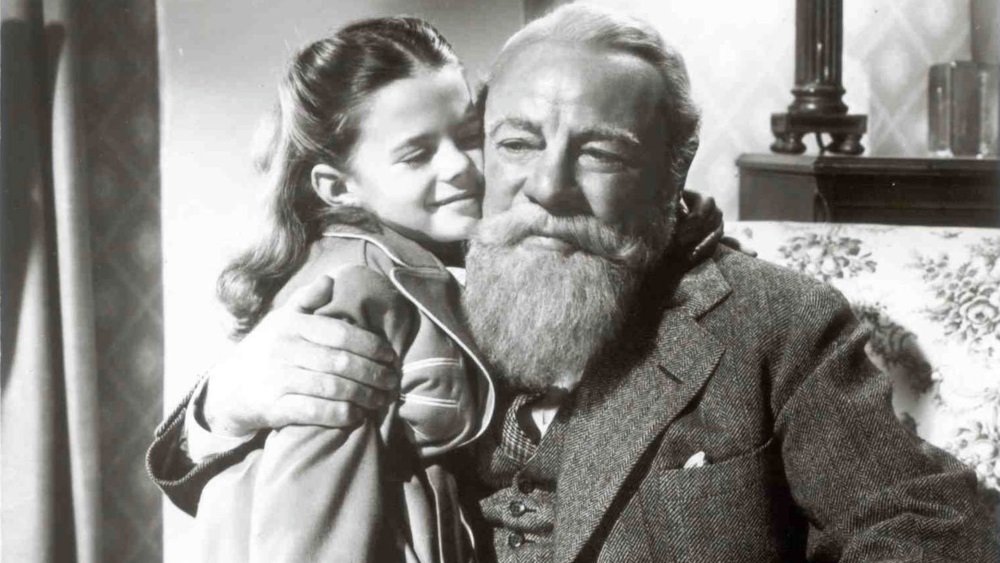 Is there a more warmhearted celebration of Christmas cheer amid the urban reality of modern America than the original Miracle on 34th Street (1947)?

It’s a Wonderful Life may be the cult film of the Christmas season, a holiday noir that slips into nightmare before pulling out its happy ending. But the idealized small town life and the David and Goliath struggle with fat cat Mr. Potter is pure Capra-corn nostalgia, a Hollywood backlot idea of Americana.

Miracle is set in the urban bustle of 1947 New York, where department stores compete for holiday crowds and harried professionals fight to stay on top of their jobs. Into this world of career advancement, commercialism and divorce (it’s startling how little things have changed in 70 years) strolls Kris Kringle (Edmund Gwenn), a jolly old man with a gentle voice, a snow-white beard, a twinkle in his eye, and his own Santa Claus suit. That’s because he believes he is, in fact, Santa Claus.

Hired by single mother and career woman Maureen O’Hara to take the holiday throne at Macy’s department store, he puts the spirit of altruism above the crass mercantilism of his corporate bosses and sparks a revolution of customer service benevolence in his wake—at least before a fidgety, fussy little psychiatrist schemes to have him committed and Kris’ new friend and loyal lawyer (played with genial charm by B-list leading man John Payne) goes to court (to paraphrase an old joke) to prove there really is a sanity clause.

What makes Miracle a genuine miracle of holiday filmmaking is the pitch-perfect balance of social cynicism and human generosity. The hearing becomes a good-natured parody of a celebrity trial, where the election-wary judge, the harried prosecutor, the uncomfortable witnesses—everyone but our heroes and the children of New York—behave out of pure self-interest. Who wants to rule that there is no Santa Claus? Yet the results are purely benevolent.

Kris’s real victory, however, is breaking through the logical shell of a skeptical little prodigy (cute little Natalie Wood in an early role) and giving her the greatest gift of all: the innocence of imagination and the permission to believe in fairy tales. Yes, America, there really is a Santa Claus, even if it’s just in our need to believe in him.

It won Academy Awards for actor Edmund Gwenn, George Seaton’s screenplay, and the original story by Valentine Davies, and was nominated for best picture. It was added to the National Film Registry in 2005.

and other services. Availability may vary by service.
Miracle on 34th Street [DVD]

The DVD special edition and Blu-ray feature sommentary by Maureen O’Hara, the 1955 The 20th Century Fox Hour of Stars TV remake with Thomas Mitchell, the featurettes “AMC Backstory: Miracle on 34th Street” and “Macy’s Thanksgiving Day Parade: Floating in History,” and other supplements.