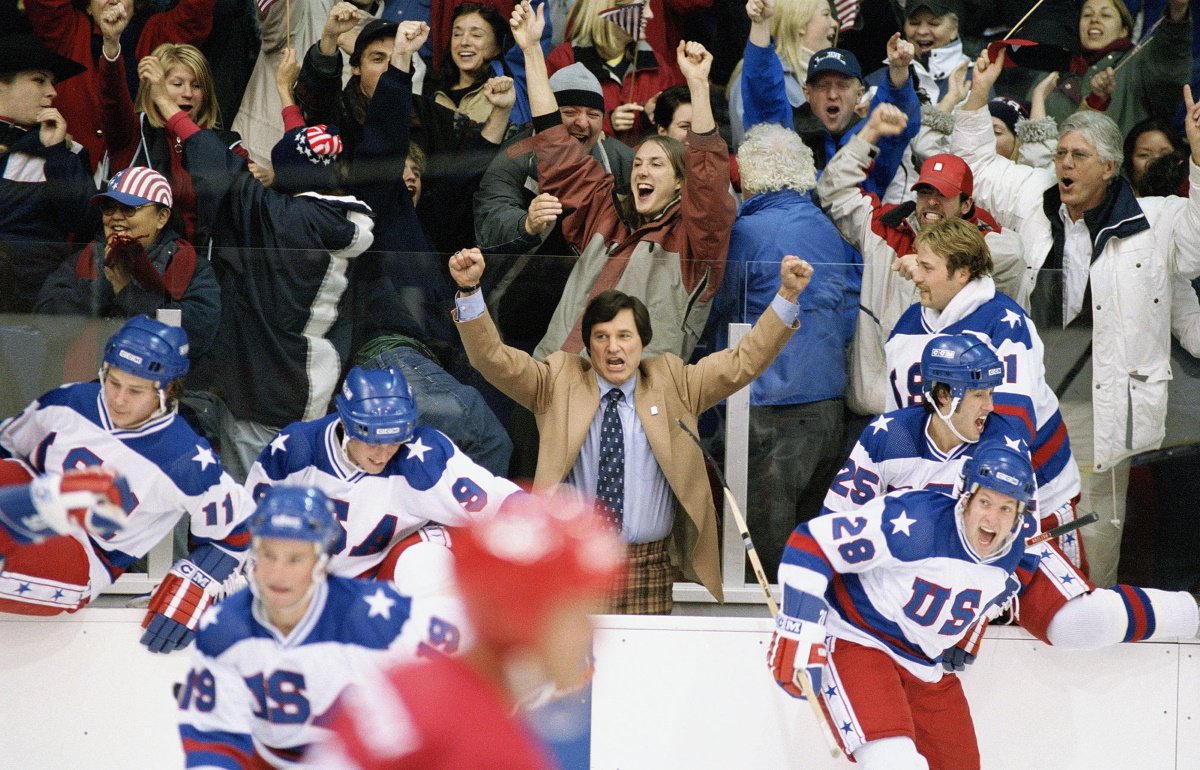 Miracle (2004), the story of the US Olympic Hockey Team’s surprise gold medal in the 1980 Winter Olympic Games (the miracle of the title) has all the usual clichés of the genre.

There’s the maverick coach (Kurt Russell as Herb Brooks). There are players overcoming personal and physical obstacles (not to mention an old grudge or two). And then there’s the group of unknowns who bond into a team and achieve what no one ever believed was possible: defeating the Russian National Team, the greatest hockey team in the amateur sports world for 20 years.

Gavin O’Connor manages to galvanize it all into a thrilling story, in large part due to the perfect casting of Russell, who once again proves he is one of America’s most underrated actors. The individual players never grow beyond their stock dramatic situations off the ice, but the era-perfect fashions and haircuts give them a documentary-like credibility, and in the rink they play like the real thing… because they are.

The game scenes constitute some of the best sports footage created for the movies. We see the fierce, unrelenting assault of the Russian game plan that Brooks has been describing all through the film, and then we see his strategy come to life in response. O’Connor turns the spotlight match against the Russians into one long-running highlight reel so imperceptibly that it feels like a time compressed version of a complete game.

Patricia Clarkson co-stars as his wife and Noah Emmerich is his assistant coach, two people who stand by him even when he loses sight of everything else in his determination to beat the Russians at their own game. In a culture that reveres its sports movies, we finally have a drama worthy of ice hockey.

The Blu-ray and two-disc DVD feature commentary by director Gavin O’Connor with editor John Gilroy and director of photography Daniel Stout, a making of documentary, and bonus featurettes spotlighting the real-life coach and players from the 1980 team.