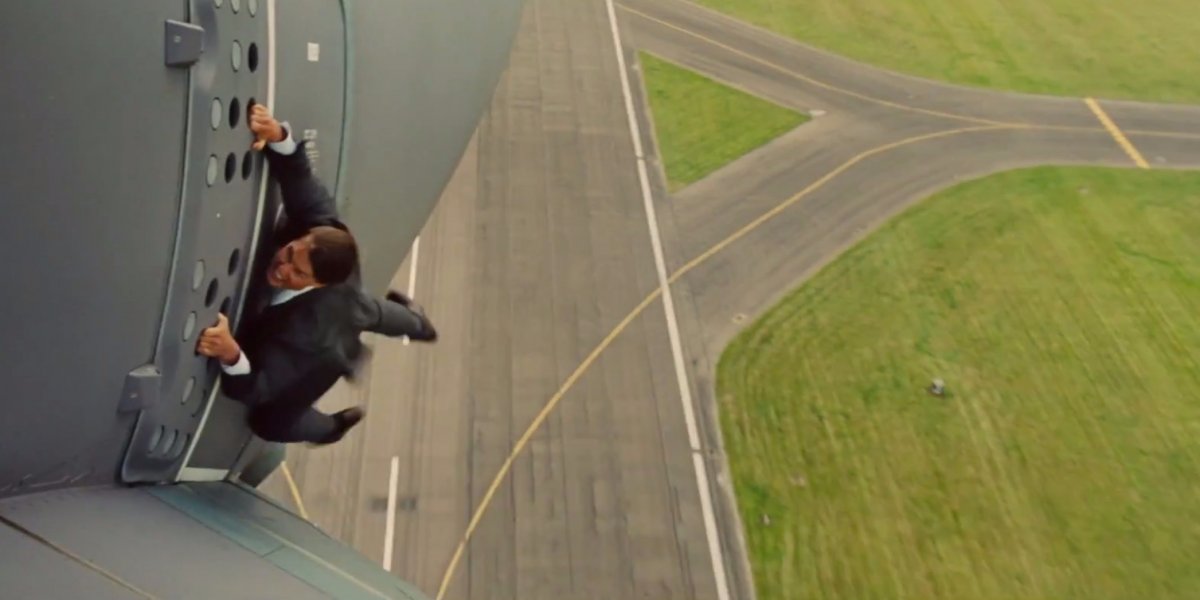 Mission: Impossible – Rogue Nation (2015), the fifth film in the big-screen franchise based on the sixties Cold War spy TV series, continues to spin its alternative to the James Bond brand of espionage thriller.

Like the 007 films, they are globe-hopping spectacles with spectacular set-pieces and stunts. But while each film is tethered on Tom Cruise’s Ethan Hunt, super-agent and loyal soldier in a spy war rife with traitors, the impossible missions are team events and Cruise surrounds himself with great teammates: Ving Rhames, Jeremy Renner, and Simon Pegg all return. There’s a kind of soldierly camaraderie among the agents, who constantly find themselves betrayed by politicians, military officers, and even their own commanders, and they band together to save the each other along with saving the world as we know it.Cruise both produces each film with a hands-on approach and gives his filmmakers free reign to mix up the style from film to film.

For the fifth film in almost 20 years, Cruise hands the reigns over to Christopher McQuarrie, who wrote the screenplays to Valkyrie and Edge of Tomorrow and directed Cruise in Jack Reacher. While that film failed to launch another planned franchise, it was a sturdy piece of work and McQuarrie does even better here tackling spy fantasy. This is a world where technology is all powerful except when it isn’t (forcing Ethan to hang on to a jet plane as it takes off or dive into a cooling tank to punch in a key code and open some security system) and plot twists send our heroes to the most photogenic landmarks the filmmakers can dream up.

So this impossible Mission features another super-secret criminal organization pulling the strings in governments around the world, another plot to discredit Hunt and his team, and another series of elaborate infiltrations to get secret plans or incriminating evidence or… does it really matter? It’s just an excuse for creatively kinetic action, but McQuarrie goes one better here with an assassination plot in an opera house that adds crack-timing choreography and cross-cutting and uses the very aria of the opera on stage as accompaniment to the intrigue in the wings and catwalks. It’s a beautiful example of purely visceral suspense, tension, and release and frankly the film never quite equals that magnificent audition piece for the spy movie hall of fame. But it comes close while adding a snappy camaraderie and sense of fellowship to the whole enterprise.

And then there’s Rebecca Ferguson, at the time a practically unknown Swedish actress (she starred in the British mini-series The White Queen) cast as British double agent Ilsa Faust, Ethan’s opposite, his equal, and possibly his enemy. She’s leggy and athletic and beautiful, and she does her work with a poker face that makes her even more intriguing. It’s hard to tell if that look of astonished respect belongs to the character or to Cruise himself, but either way it’s authentic and earned as they court by way of hand-to-hand combat, racing motorcycles through treacherous mountain roads, and double-teaming on death-defying stunts. You have to wonder: is this better than sex for these two? Or just a substitute among agents at this level of total commitment?