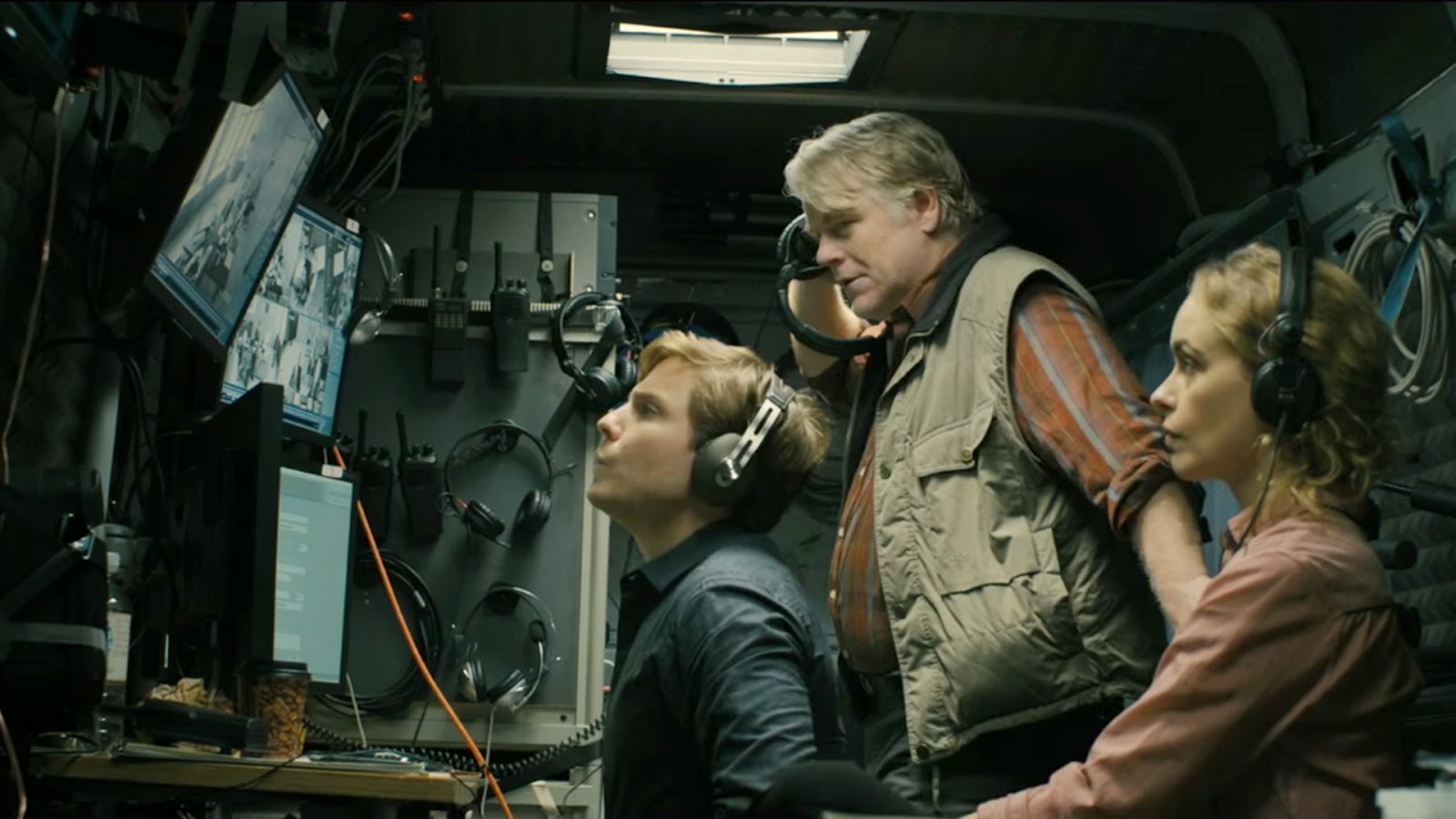 A Most Wanted Man (2014) is the final film completed by Philip Seymour Hoffman before his untimely death in 2014. That alone is reason enough to see the film, adapted from the post 9/11 novel by John le Carré and directed by Anton Corbijn, a music video veteran who becomes more accomplished with each feature.

Hoffman has the ability to lose himself in his roles and as Günther Bachmann, the leader of covert German intelligence agency that monitors potential terrorist activity, he seems to pare down a performance to give us a man who betrays nothing of what he’s thinking or feeling yet radiates a gentle warmth for his team (made up of superb German actors Nina Hoss, Daniel Brühl, and Franz Hartwig). All we really know is his loyalty to his country and to his crew, and they return that loyalty in spades.

Günther and his team, working outside the traditional government structure (which clearly frustrates the official, traditional intelligence officials), follow the appearance of a tortured Chechen refugee to a possible financier of terrorism and battle bureaucratic interference to stay on mission.

This is le Carré’s world of competing agencies within the same country who prize power over efficiency and interests outside the structure working their own interests. Support from an American intelligence agent (Robin Wright) raises all sorts of alarms, not the least of which is: what is her endgame? There is idealism at the center (not just Hoffman but also Rachel McAdams as a human rights lawyer) surrounded by realpolitik pressure and compromise. Hoffman’s gift is to communicate the gravity of the stakes, in human and moral as well as in political terms, by the mere force of his commitment. It’s superb.

Add to My Stuff on Hulu or watch free on Hoopla, which is available through most public and college library systems.

, iTunes, GooglePlay, Fandango, Vudu and/or other services. Availability may vary by service.
A Most Wanted Man [Blu-ray]

A Most Wanted Man [DVD]