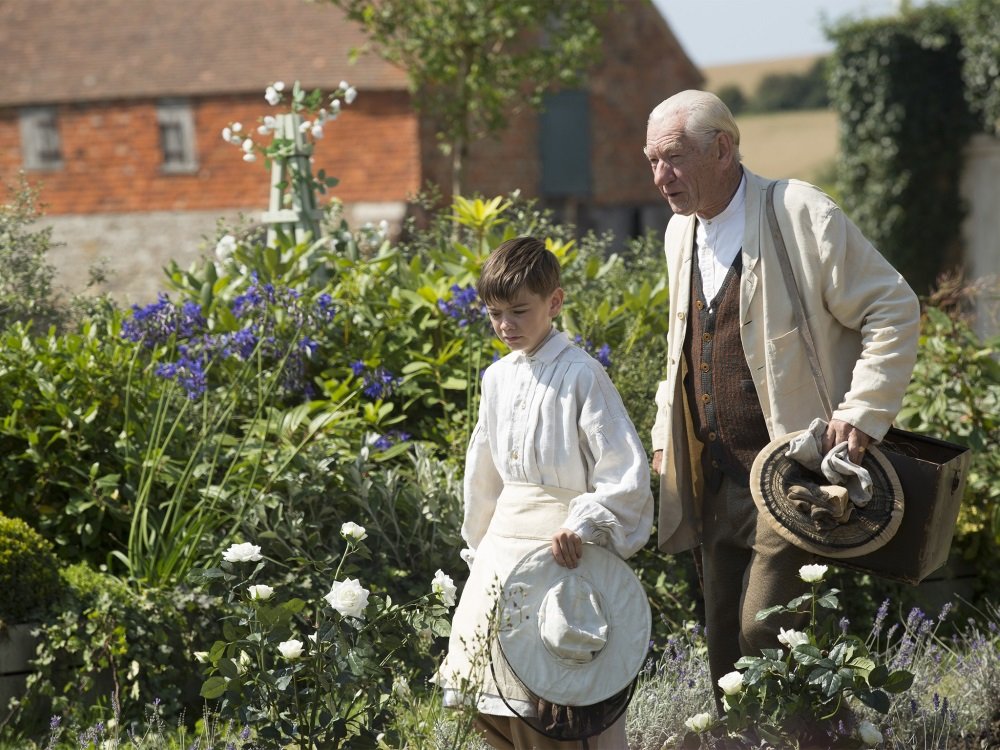 Behind a beak of a nose and a face dotted with liver spots, Ian McKellen doesn’t just look old in Mr. Holmes (2015). His 93-year-old Sherlock Holmes quavers with tremors, his face droops like melted wax, and at times the glint in his eyes glazes over like he’s momentarily checked out, dull and absent. As he forgets even the names of his closest companions, the worst fears of a man defined by his mental acuity are realized.

Directed by Bill Condon (who first collaborated with McKellan on Gods and Monsters), this post-Doyle Holmes mystery (based on the novel “A Slight Trick of the Mind” by Mitch Cullin) is ostensibly the secret of the forgotten last case that prompted the great detective’s retirement, but it’s really about all those human experiences Holmes is least equipped to confront: friendship, compassion, human connection, the reasons to continue living as his sharp intellect loses its edge. It’s fitting that his best friend is a spirited and curious schoolboy (Milo Parker), the son of his widowed housekeeper (Laura Linney, whose light Scottish lilt comes and goes), and he’s most alive while they’re up to mischief.

McKellan is touching as Holmes at 93, a man losing his memories and at times his ability to focus, and his frustration with his own fragility is all too real. He also plays the middle-aged Holmes in flashbacks, piecing together a case that he doesn’t recognize from Watson’s description and tries to reconstruct from clues found in an old cabinet.

It’s all very low key and understated, rooted in the complications of character and the culture of post-war England (an field growing green over the fading wreckage of a downed war plane and a visit to the ashen hillside of Hiroshima are reminders of both how close and how far away the war is in 1947). And it rather neatly plays with the idea of Holmes as both a real person and a fictional creation adored by readers, with the “real” Holmes bemusedly ticking off the fictional flourishes that Watson provided in his stories.

It’s all a bit tidy for a film that challenges Holmes’s belief that explanations are solutions with the unpredictable messiness of real life, but I guess even Holmes deserves a happy ending.

Stream it free on Kanopy or borrow it on Hoopla. Kanopy and Hoopla are free streaming services available through most library systems.