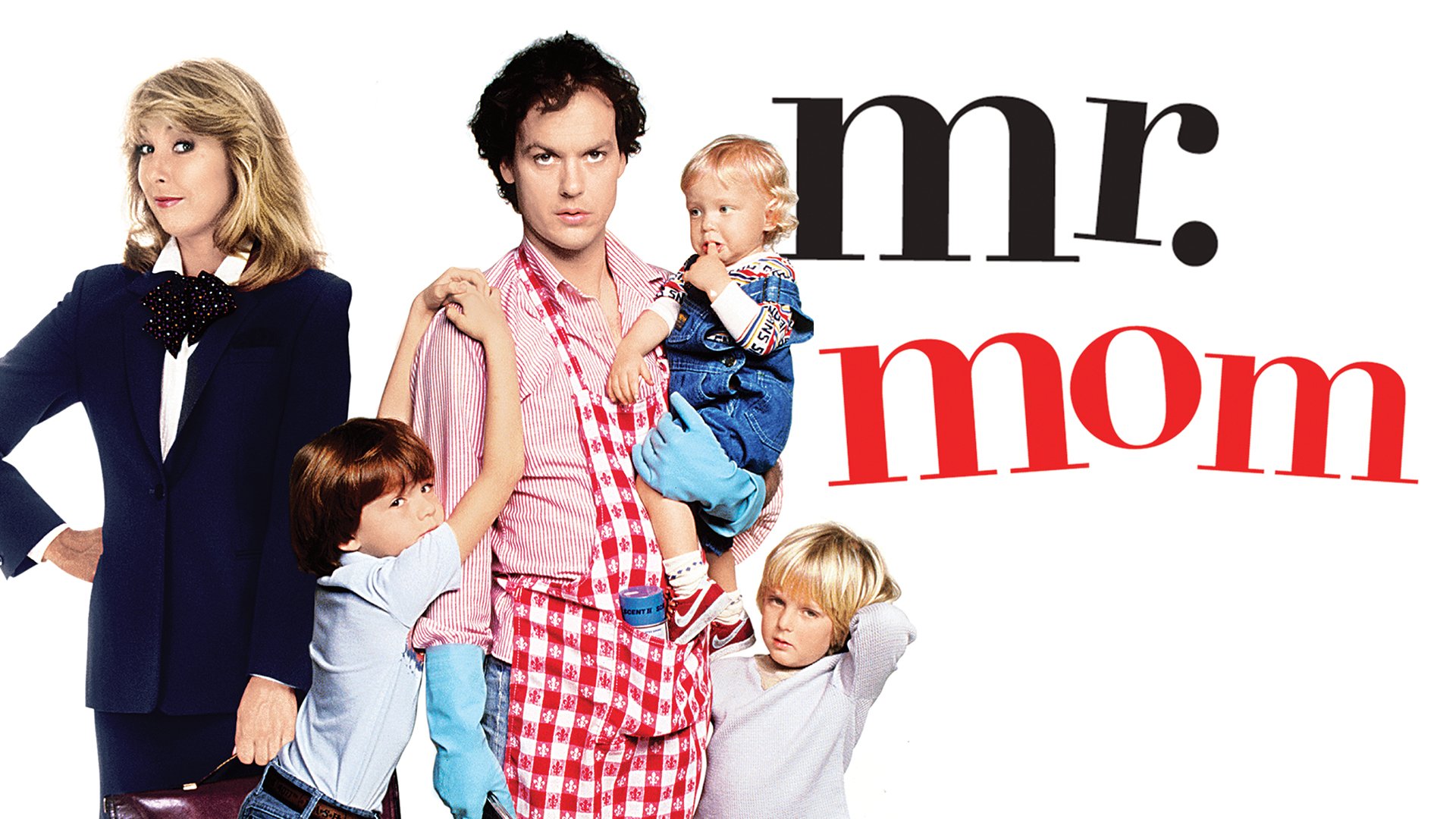 Michael Keaton was a newly-minted comedy star when he starred in Mr. Mom (1983) as a dedicated automobile engineer who loses his job due to corporate cost-cutting. As he becomes a househusband taking care of his three young children, his housemaker wife (Teri Garr) goes back to work for an advertising firm.

It was a timely subject for the economic anxiety of the 1980s recession as career men were being downsized and women reentered the workforce, even if it plays it for wacky comedy. The rookie stay-at-home Dad fumbles his way through housework, shopping, childcare, and a singularly aggressive vacuum cleaner nicknamed “Jaws,” while the clichés of workaholic husbands disconnected from families gets turned back around when the wife becomes a successful executive working late hours and jetting off on business trips.

Keaton has an easy way with outlandish humor and tossed-off punchlines, Garr is sunny and spirited, and the three kids have a convincing authenticity in the midst of comic chaos. Martin Mull is the lascivious boss who tries to seduce Garr while suburban divorcee Anne Jillian sets her sites on the neglected househusband.

It was written by John Hughes, king of eighties teen comedies and dramas, inspired in part on his own odyssey as a househusband. It’s an interesting time capsule and a funny family comedy, even if it reworks 1950s sitcom stereotypes for 1980s suburbia.

Also on Blu-ray and DVD and on SVOD through Amazon Video, iTunes, GooglePlay, Vudu and/or other services. Availability may vary by service.
Mr. Mom [Blu-ray]
Mr. Mom [DVD]