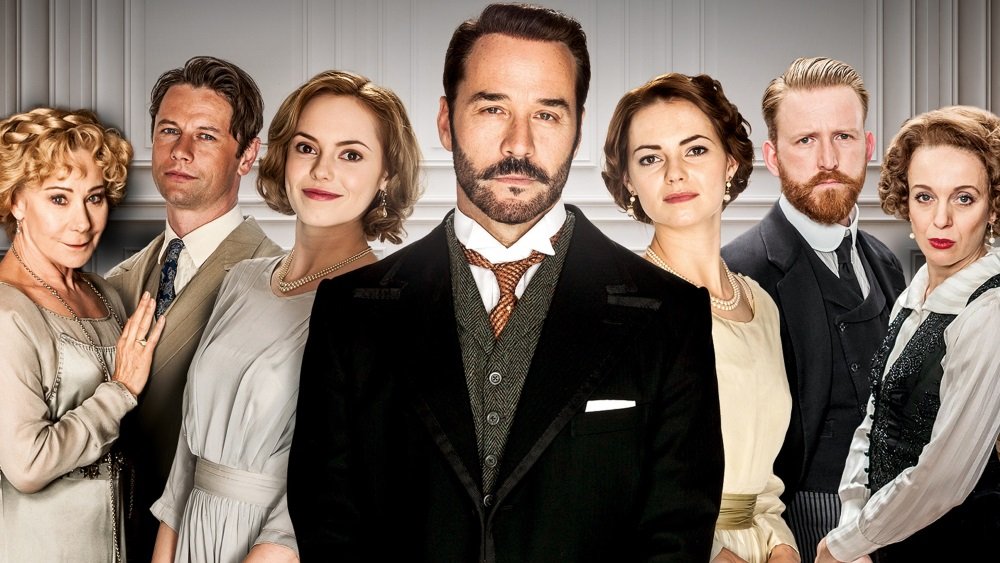 Mr Selfridge: Season 3, continues with the story of Harry Gordon Selfridge (Jeremy Piven), an American department store entrepreneur and marketing pioneer in London whose populist approach is a refreshing change from British restraint and conservatism.

Opening with the end of World War I and the funeral of Harry’s wife, this season focuses on his romance with an ambitious and philanthropic young businesswoman (Kelly Adams) trying to build homes affordable housing for returning war veterans. Meanwhile his daughters are recast as young twentysomething women and given the spotlight when one (Kara Tointon) marries a Russian Prince in exile and another (Hannah Tointon) becomes a wild child who flirts with the proprietor of a notorious nightclub, and his son and heir apparent secretly dates an employee at the store.

This is one of those colorful, busy British TV dramas that have become so popular on both sides of the Atlantic; think of it as the urban answer to Downton Abbey, presenting a world where the class divisions of British society are constantly torn down by the populist boss who rewards talent and innovation and promotes the best and brightest regardless of class or status.

The stories this season touch on the problems of returning veterans, the pressure on women to return to the home and give their jobs up to the men, and rising crime, but this is still more soap opera than social drama. There are plenty of romances and complications among the store employees and the scheming Lord Loxley (Aidan McArdle) is back to sabotage Harry’s success out of pure spite, this time by buying his way onto a seat on the Board of Directors. It has the charms of British period drama with a jolt of American maverick spirit and the department store setting offers a great backdrop of handsome costumes and props. If it’s a little too pat in its tidy endings, that’s par for the course.

10 episodes available to stream, plus the complete first two seasons are also on Amazon Prime Video.