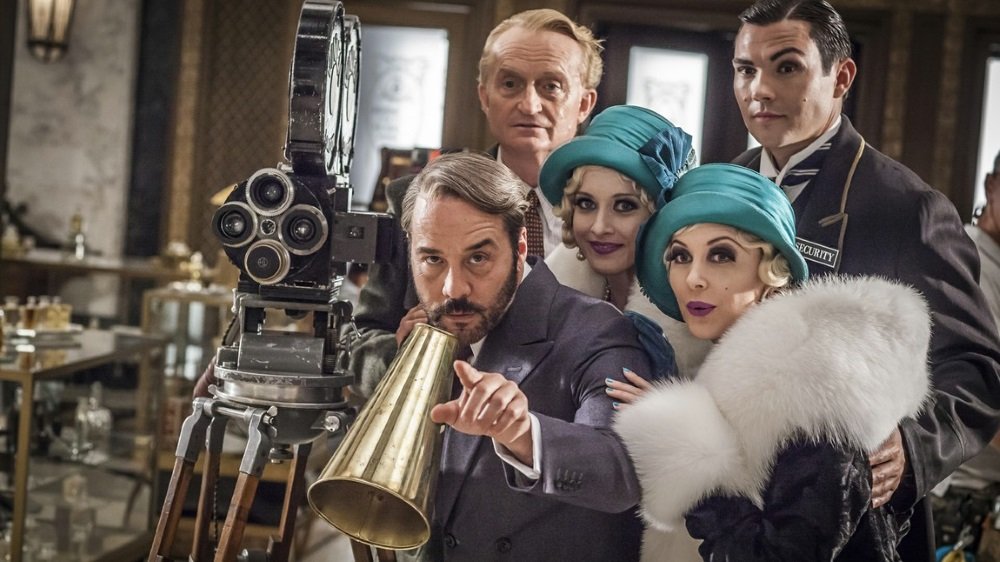 Mr Selfridge: The Fourth and Final Season of the PBS drama of an American department store magnate in London, jumps ahead eight years. Harry Selfridge (Jeremy Piven), dubbed “The Earl of Oxford Street” by the press, is living the high life, spending lavishly on the American showgirls The Dolly Sisters (whose flamboyant escapades invariably end up in the gossip columns) and gambling himself into serious debt. When Harry survives a deadly fall, he becomes even more reckless. That maverick streak that has been his greatest asset is now his worst enemy and he drives the store to the brink of bankruptcy has he ignores the advice and council of his son Gordon (Greg Austin), who is managing their satellite stores around the country, and his loyal managers.

In addition to the splashy tale of Harry and his flair for publicity and gambling on big ideas, and on the soap opera of the lives of his employees, the series celebrates Selfridge’s very American belief in the idea that talent and hard work, not social status or impressive diplomas, is the measure of an employee’s worth. This season, he invites Lady Mae Rennard (Katherine Kelly), recently divorced and completely broke, to bring her ideas of high-end off-the-rack fashion to his store and she carries on Harry’s democratic ideas by promoting a young black seamstress (Mimi Ndiweni) whose talent and innovative ideas make her a target of some of her bigoted co-workers.

The series fictionalizes the real-life story of Harry Selfridge but is true to the general contours of his story and this season manages to find a way to make his ultimate failure into a kind of happy ending. As for the other characters, it finds triumph for most and even finds a way to turn the death of a beloved character into a new beginning for his family.

10 episodes, plus a short featurette. The first three seasons are also streaming on Amazon Prime.

Also on DVD and Blu-ray, with three featurettes and an interview with actor Jeremy Piven, and on SVOD through Amazon Video