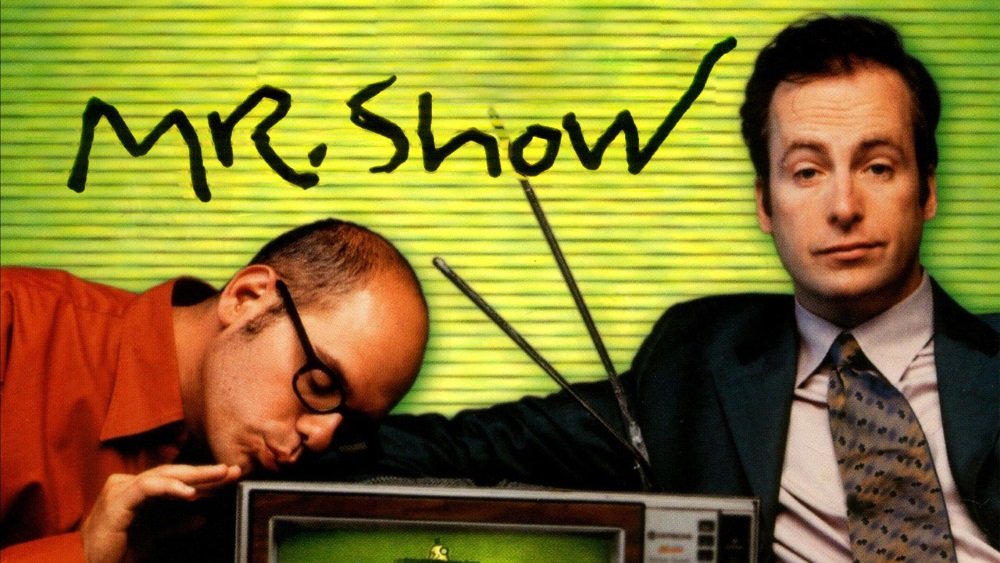 “Hey everybody, it’s Bob and David!” In fact, it’s all 30 episodes of Mr. Show with Bob and David (1995-1997), the HBO sketch comedy created by and starring Bob Odenkirk and David Cross.

This inspired, inventive show combines the freewheeling creativity of Monty Python’s Flying Circus with cabaret theater, and each episode swirls around an ingenious thematic thread that just barely connects things together by the end, like a dirty “traveling salesman and farmer’s daughter” joke uttered by an airbag of a Southern Senator that returns as a full-fledged musical (guest starring Jack Black!). Other highlights include the hilarious Sid and Marty Krofft parody “Druggachusettes” and “Fuzz: The Musical,” a song cycle inspired by a reality TV cop show. Guest stars include Janeane Garofalo, Mary Lynn Rajskub, Ben Stiller, Jeanne Tripplehorn, Dave Foley, Julia Sweeney, John Ennis, Tom Kenney and Jill Talley.

The show never quite caught on outside of a fervent cult following, but fans remember it as one of the funniest and most creative comedies on TV during its four-season run on HBO.

Add to watchlist or watch on HBO Now or HBO Go.

Pingback: What to watch: 'Bloodline: Season 2' on Netflix and HBO originals on Amazon Prime - Stream On Demand
Comments are closed.