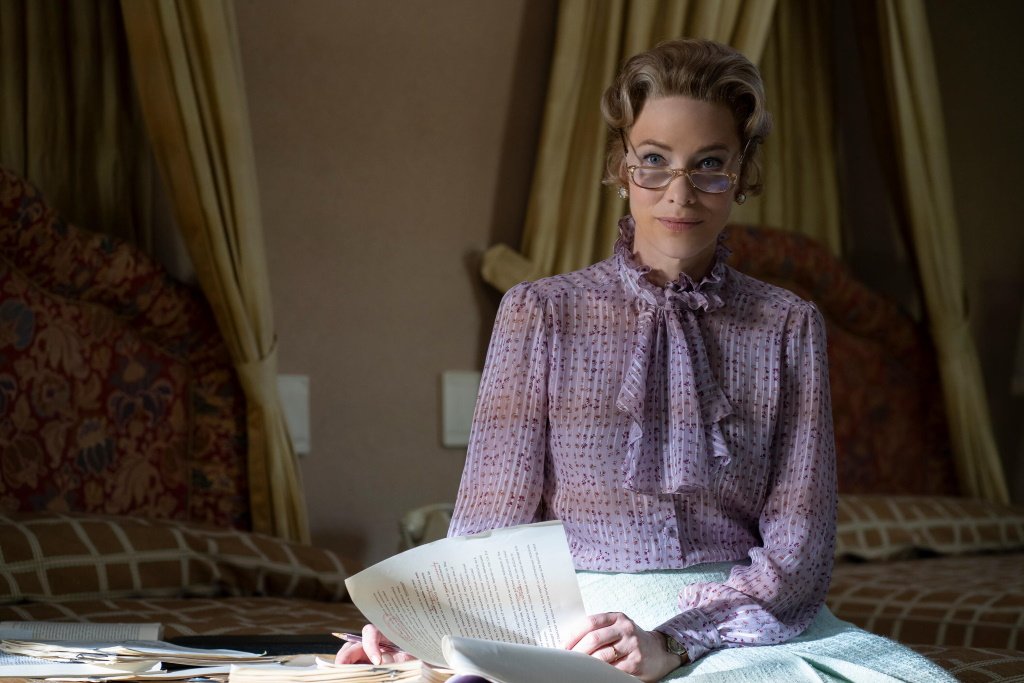 Peacock launches this week, but not for everybody. Poised to be a major force in the streaming wars, this service from NBC/Universal is available for free to Comcast cable subscribers and Xfinity customers before going out wide to the streaming world in July. Available now are such series as “30 Rock,” “Friday Night Lights,” and Dick Wolf’s “Law and Order” and “Chicago” shows and classic and contemporary movies like “Jaws,” “E.T.,” “Back to the Future,” and the “Fast and Furious,” “Bourne,” and “Despicable Me” series, plus NBC news programming and early access to late night talk shows. The lineup will eventually include original programs along with more than 600 movies and 400 TV shows (including “The Office”). Free with commercials, or get the premium version with no commercials and additional exclusive content for $4.99/month. More at PeacockTV.

Titus Welliver is back as LAPD Homicide Det. Harry Bosch in “Bosch: Season 6” (TV-MA), the terrific crime drama adapted by author Michael Connelly from his series of novels with producer Eric Overmeyer. It is now the longest-running original series on Amazon Prime Video, and one of its most popular, and is set to end next year with the seventh season. 10 episodes on Amazon Prime Video.

A group of teenagers hunt for lost gold in the young adult series “Outer Banks: Season 1” (not rated), a mix of adventure, thriller, and teen melodrama featuring shipwrecks and a haunted house, all set in the Barrier Islands of North Carolina. 10 episodes streaming on Netflix.

Willem Dafoe and Robert Pattinson go stir crazy during their three-month stint manning “The Lighthouse” (2019, R) off the stormy Atlantic coast in the stylized, somewhat hallucinatory second feature from director Robert Eggers. It earned an Oscar nomination for its unsettling cinematography. Streaming on Amazon Prime Video.

“Sergio” (2020, R) tells the story of Sérgio Vieira de Mello (played by Wagner Maura), the U.N. diplomat who devoted his life of humanitarian efforts and was killed in a terrorist attack in Iran in 2003. Ana de Armas, Garret Dillahunt, and Bradley Whitford costar. Streaming on Netflix.

Free pick: “Mr. Holmes” (2015, PG) stars Ian McKellen as the iconic detective in retirement at age 93, trying to recall his fateful final case while tending his bees and facing his greatest challenge ever: old age and memory loss. Available on both Kanopy and Hoopla, free streaming services available through most library systems.

The documentary limited series “The Innocence Files (2020, not rated) focuses on eight cases undertaken by The Innocence Project, which takes on the plight of people who may have been wrongly convicted.

“Code 8” (2019, TV-MA) is a superhero drama in a world where powers are a curse starring Robbie Amell and Stephen Amell, who have both played superheroes on the small screen.

For kids and families there’s the original “Despicable Me” (2010, PG), an animated comedy about a supervillain won over by three orphans he adopts in his latest scheme.

International cinema: two buddies get rich on real estate speculation only to sink into temptation in “Rising High“(Germany, 2020, not rated, with subtitles), a drama based on a true story. Also new:

High school cliques collide in “Selah and the Spades” (2019, R), an indie drama of power and bad behavior set at an exclusive boarding school.

“Piranhas” (Italy, 2019, not rated, with subtitles) follows a group of young wannabe mobsters who form their own gang to take back their neighborhood.

“Vault” (2019, R) dramatizes the real-life story of how a couple of small-time hoods (Theo Rossi and Clive Standen) stole $30 million from the mob (Prime Video and Hulu).

Along with the Oscar-winning “Parasite,” Hulu has made three earlier Bong Joon-ho films available: the dark comedy “Barking Dogs Never Bite” (2000, G) with Doona Bae, the searing crime drama “Mother” (2009, R), and “The Host” (2007, R), a monster movie with a streak of social commentary. All from South Korea with subtitles.

Ben Foster is “The Messenger” (2009, R), an American soldier tasked with informing family members of fallen soldiers, in the drama costarring Woody Harrelson and Samantha Morton.

You can now stream the series debut of the ABC romantic comedy “Baker and the Beauty” and the season debut of the FX comedy “What We Do in the Shadows: Season 2” (TV-MA). Other new network shows streaming after their respective debuts:

Meryl Streep narrates “Here We Are: Notes for Living on Planet Earth“(2020, TV-G), animated short film about a seven-year-old learning about the wonders of the planet.

BritBox offers the U.S debut of the Britcom “Scarborough” (2019, not rated) with Jason Manford and Catherine Tyldesley.

Classics new to Criterion Channel includes a collection of 18 films “Starring Gary Cooper” spanning over decades and genres, from comedies “Mr. Deeds Goes to Town” (1936) with Jean Arthur and “Ball of Fire” (1941) with Barbara Stanwyck to dramas “The Pride of the Yankees” (1942), with Coop as the legendary Lou Gehrig, and “The Fountainhead” (1949) to westerns “Vera Cruz” (1954) with Burt Lancaster and “Man of the West” (1958);

Quibi continues to roll out shows to be watched on your phone. Among the “movies in chapters” launching this week are the rideshare thriller “The Stranger” with Maika Monroe and Dane DeHaan and drama “#FreeRayshawn” with Laurence Fishburne and Stephan James, while the anthology “50 States of Fright” turns urban legends in short horror stories.