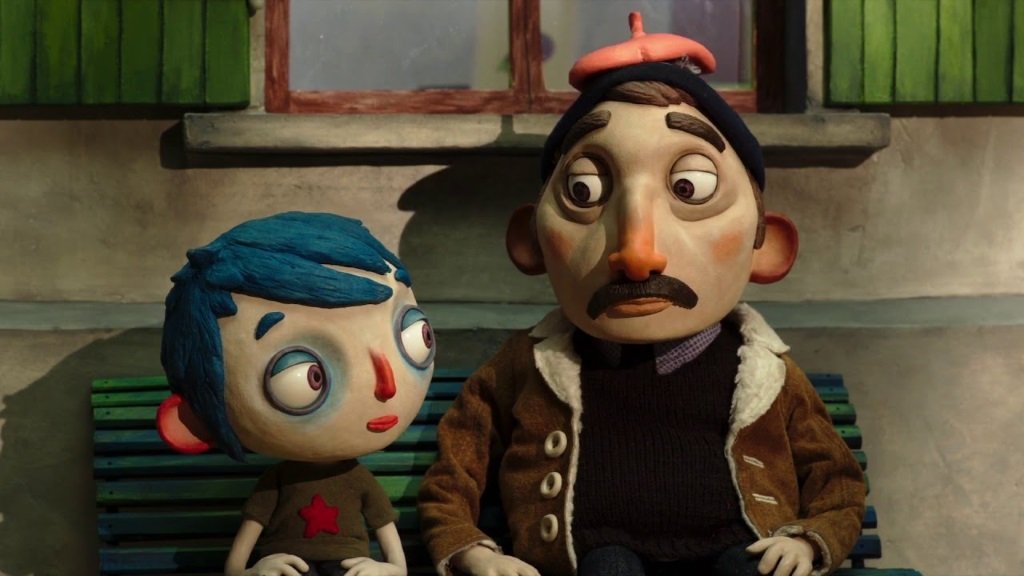 The Academy Award-nominated animated feature My Life as a Zucchini (France, 2016) uses stop-motion animation to tell the bitter-sweet story of an imaginative, vulnerable boy nicknamed Zucchini who is orphaned after the death of his abusive, alcoholic mother and sent to a foster home. But while it is set in France (the view from Zucchini’s attic window is unmistakably European) the themes cross oceans and cultures. Zucchini struggles to find his place in the foster home, which is watched over by an affectionate and caring woman but filled with angry, anxious, and sometimes damaged kids, and he bonds with a new girl whose cruel aunt wants to take guardianship only for her inheritance.

This is a film that finds hope and wonder and joy in a world that can be harsh and unfair and director Claude Barras, acknowledges both. Many of the kids come from traumatic circumstances (one child’s mother was deported, another is there because his father is in prison) and carry their damage with them, yet are resilient enough to still find joy in a trip to the snowy mountains. Even the home’s resident bully comes through to help save another kid from a bad situation. And while the film offers a happy ending for the troubled Zucchini, thanks to the paternal affection of the policeman who found Zucchini after the devastating death of his mother, it recognizes that not every kid will be so lucky.

That complexity of emotion makes it quite powerful and all the more touching in its most intimate moments, but it also earns the film a PG-13 rating for its sometimes heavy themes, which are delicately handled to be sure but never sugar-coated. It’s a lovely and affecting animated film.

Netflix offers both the original French language version with English subtitles and the English dub version featuring the voices of Nick Offerman (wonderfully warm as the policeman who finds Zucchini in the aftermath of his mother’s death), Amy Sedaris (a scheming aunt), Ellen Page, and Will Forte. It’s a very good English sountrack and may open the film up to kids who might not otherwise be interested.

, iTunes, GooglePlay and/or other services. Availability may vary by service.
My Life as a Zucchini [Blu-ray]

My Life as a Zucchini [DVD]

The Blu-ray and DVD released from Universal offer both original French language and English dubbed versions, along with the bonus animated short film “The Genie in a Tin of Ravioli” and a featurette.