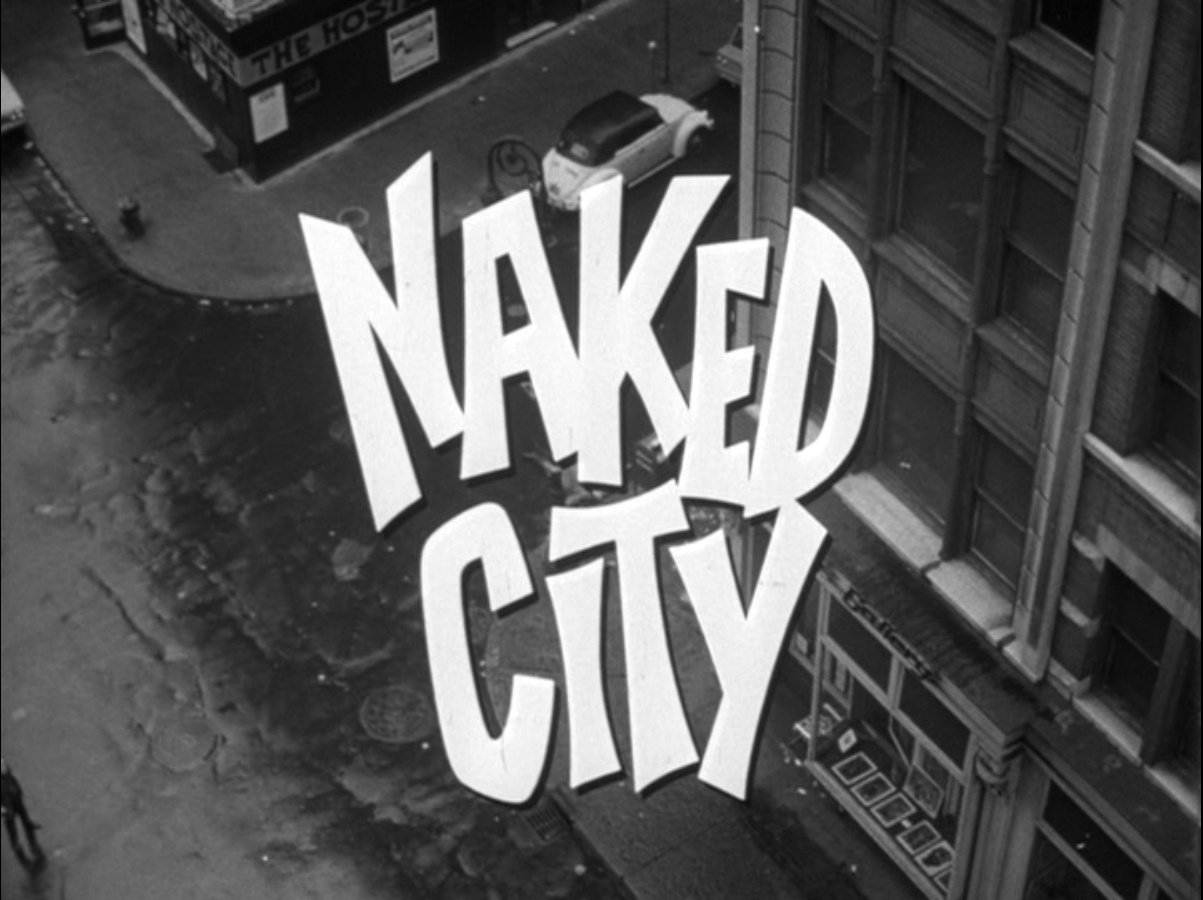 “There are eight million stories in the Naked City. This has been one of them.”

The acclaimed cop show Naked City: Complete Series (1958-1959), set and shot on the streets of New York City, is ostensibly inspired by the influential 1948 film of the same name, a film noir with documentary immediacy. But it plays more like a Playhouse 90 anthology wrapped around a criminal investigation than a traditional crime drama, thanks in large part to meaty stories by Stirling Silliphant, who set the tone with his scripts and stayed on as executive story consultant. (Silliphant went on to create Route 66, another mix of continuing series and anthology storytelling.)

It debuted in 1958 as a thirty-minute show, starring James Franciscus as the rookie detective and John McIntire as his veteran partner, and expanded to an hour in season two with Paul Burke in the lead. He debuts as idealistic young Detective Adam Flint in “A Death of Princes,” the premiere episode of the second season. Eli Wallach is the special guest star, playing Flint’s violent, corrupt partner who engages in such extra-curricular activities as blackmail and burglary, with George Maharis co-starring as a boxer coerced into a heist and Peter Falk in a bit as a sniper in the edgy pre-credits sequence, a shoot-out in a city street in the shadow of the Brooklyn bridge. That opening volley nicely sets the tone and atmosphere of the rest of the series, which is strongest in the hour-long format.

This kind of anthology TV benefited from strong guest star casting, drawing from stage and screen, up-and-coming talents and veteran stars. Lois Nettleton is an innocent Greek bride who marries ne’er do well gambler Steve Cochran in “Debt of Honor” (Season 2) scripted by the great W.R. Burnett. Keir Dullea discovers his model citizen father is actually a hit man for a New York gangster in “Murder is a Face I Know” (Season 2). Robert Duvall is a gangster confronted by his past when he hides out in the house of his aunt, Sylvia Sidney, in “A Hole in the City” (Season 2).

An unstable William Shatner wakes up to find his wife stabbed to death with his own palette knife in “Portrait of a Painter” (Season 3) and he confesses to the crime even though he can’t remember anything. Jack Klugman finds “The Tragic Success of Alfred Tiloff” (Season 3) as a two-time loser pressured into the kidnapping of a little girl. Martin Sheen and Peter Fonda are a pair of young street hoodlums in “The Night the Saints Lost Their Halos” (Season 3).

Walter Matthau is a married psychiatrist who has a fling with a Vegas showgirl who follows him back to New York in the inspired “Don’t Knock It Till You’ve Tried It” (Season 4), a mid-life crisis black comedy with a wicked twist. A form of urban road rage explodes in the intense “Alive and Still a Second Lieutenant” (Season 4) one of the most ambitious dramas of the series. Carroll O’Connor stars as a businessman on the other end of a blackmail scheme in “Spectre of the Rose Street Gang” (Season 4).

There are eight million stories in the Naked City. Here are 138 of them.

It won four Emmy Awards over its run for cinematography and editing and won two awards from the Writer’s Guild of America.

The complete series DVD collection is presents on 29 discs in four cases in a paperboard box. There are episode listings in each case but no guide to guest stars or creators.