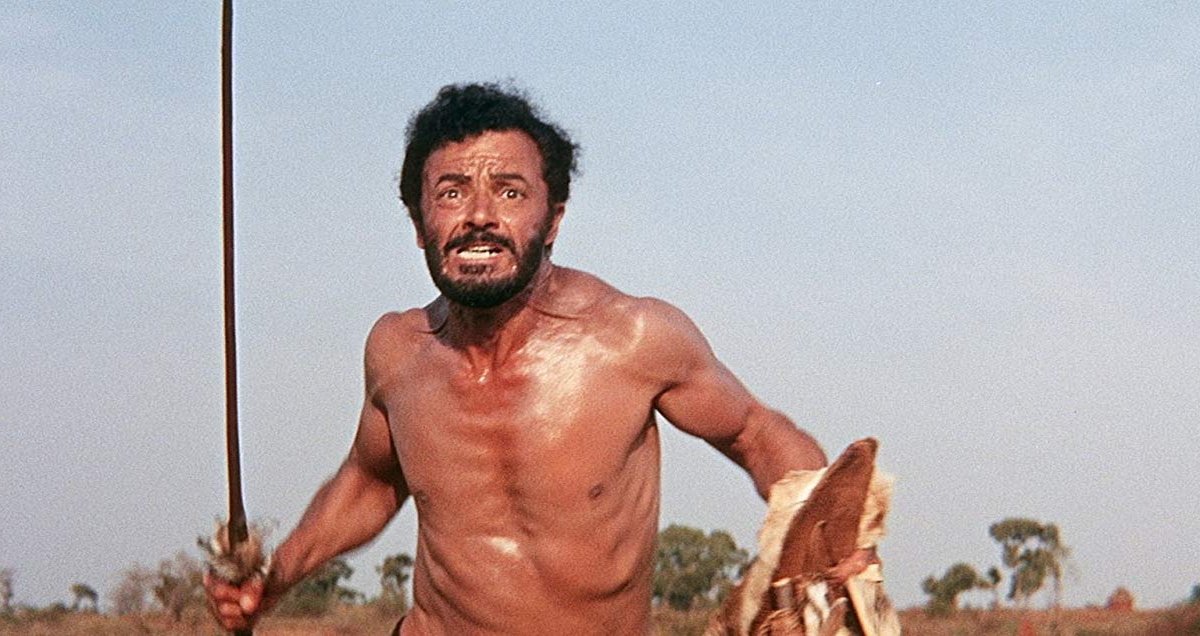 The Naked Prey (1966), Cornel Wilde’s take on the Most Dangerous Game survival drama, may not be the first but it’s arguably the definitive, most visceral and primal example of the genre.

Inspired by an account on the American frontier but shifted to 19th century colonial South Africa, the simple story begins with a bush guide (Cornel Wilde) leading a safari for an arrogant European colonialist and his party. The European, who proclaims his right to walk through tribal lands and slaughter elephants for ivory and for fun, has his eye on the slave trade. Sure enough his flagrant disrespect is punished when they are captured by a disgruntled tribe but the guide is saved from the gruesome fate of the party for a special “honor”: he is sent off into the veldt, naked and unarmed, to be hunted down for sport.

As a director, Wilde strips the ordeal to the essentials, not even bothering with names (Wilde’s character is called simply “the Man” in the credits) or subtitles for the tribal African dialogue, and sets it against the searing austerity and matter-of-fact savagery of the African wilds, where his flight is just another animal survival instinct in a predatory world.

The film is notorious for the tortures unleashed upon the captured hunters for tribal sport and spectacle, but contemporary audiences should beware that the blunt slaughter of elephants is as grotesque as any of the cruelties faced by the humans. Wilde so effectively matches his beautifully-shot film with the wildlife footage of the animal food chain in action that the most telling difference is the contrast in film grain.

The film’s original script, written by Clint Johnson and Don Peters, was nominated for an Academy Award.

The Criterion Collection released the film on Blu-ray and DVD in a restored digital transfer with improved color balance helps match the otherwise disparate film sources. It features commentary by film scholar Stephen Prince, which plays more like a lecture read aloud than an engagement with the unfolding drama but is filled with background information, production details, and interesting observations of the action and imagery. Paul Giamatti reads aloud “John Colter’s Escape,” a 1913 written record of the trapper’s flight from Blackfoot Indians that inspired “The Naked Prey,” which runs under five minutes and is illustrated by maps, photos, and archival illustrations. You can also access all of the original soundtrack cues, created and performed on authentic African instruments by ethnomusicologist Andrew Tracey and others, along with a written statement on the score by Tracey. The accompanying booklet features a new essay by film critic Michael Atkinson and a 1970 interview with Wilde.