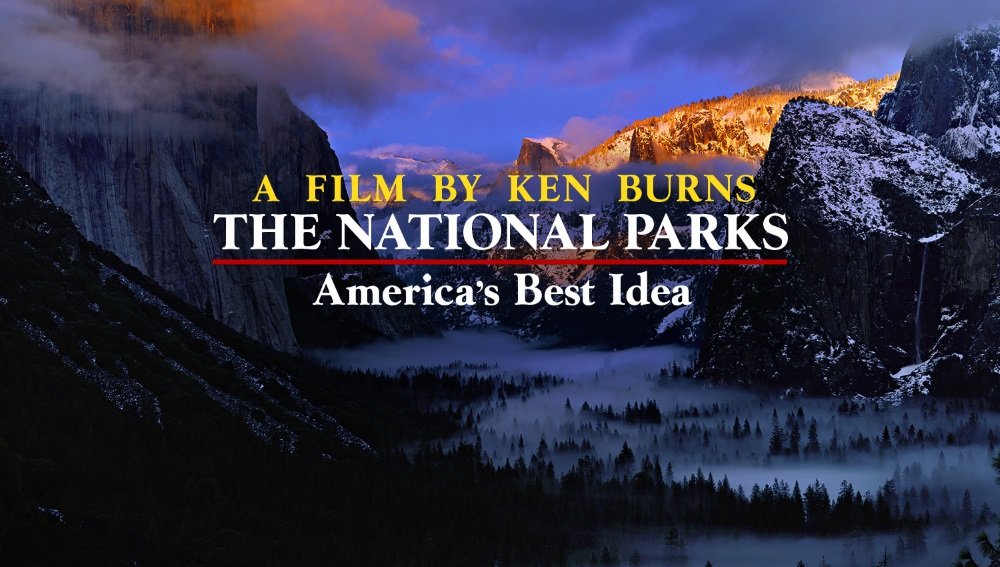 On August 25, 2016, the National Parks Service turns 100. To celebrate the centenary of this great and necessary institution, I suggest checking out The National Parks: America’s Best Idea (2009) from America’s chronicler Ken Burns.

This six-part, twelve-hour plus series explores not just the beauty and legacy of America’s National Parks, but the history of what was an unprecedented concept when Yellowstone was set aside in 1872. It was not just the first National Park in America, it was the first ever in the world in. This is the story of the people who championed the parks, explored the wilderness and dedicated their lives to preserving the natural treasures of the country for all of its citizens from 1851 to the present. It is confronts the political reality they battled to make it happen then and continue to battle today (just try to preserve any piece of land that someone thinks they can exploit for profit in some way and watch the battle erupt).

We meet John Muir, “the ecstatic holy man” whose pilgrimage to see the natural wonders of America inspired the idea of preserving them from exploitation, and see what happens when a natural wonder is turned into a commercial tourist trap in the example of Niagara Falls, surrounded by billboards and business and people trying to cash in on it.

As with all of Burns’ documentaries, it is filled with a wealth of historical photos and excerpts from letters and memoirs of the people intimately involved with the projects, as well as beautiful footage of the parks today. But this is more than a nature documentary or a social history and Burns more than a dispassionate observer. He’s a champion of the parks system and makes the case for why it is important, what it represents and why it needs to be supported now more than ever.

Also on DVD and Blu-ray, with “The Making of The National Parks,” bonus mini-documentaries on different parks and their champions, and additional interviews.
The National Parks: Americas Best Idea [DVD]