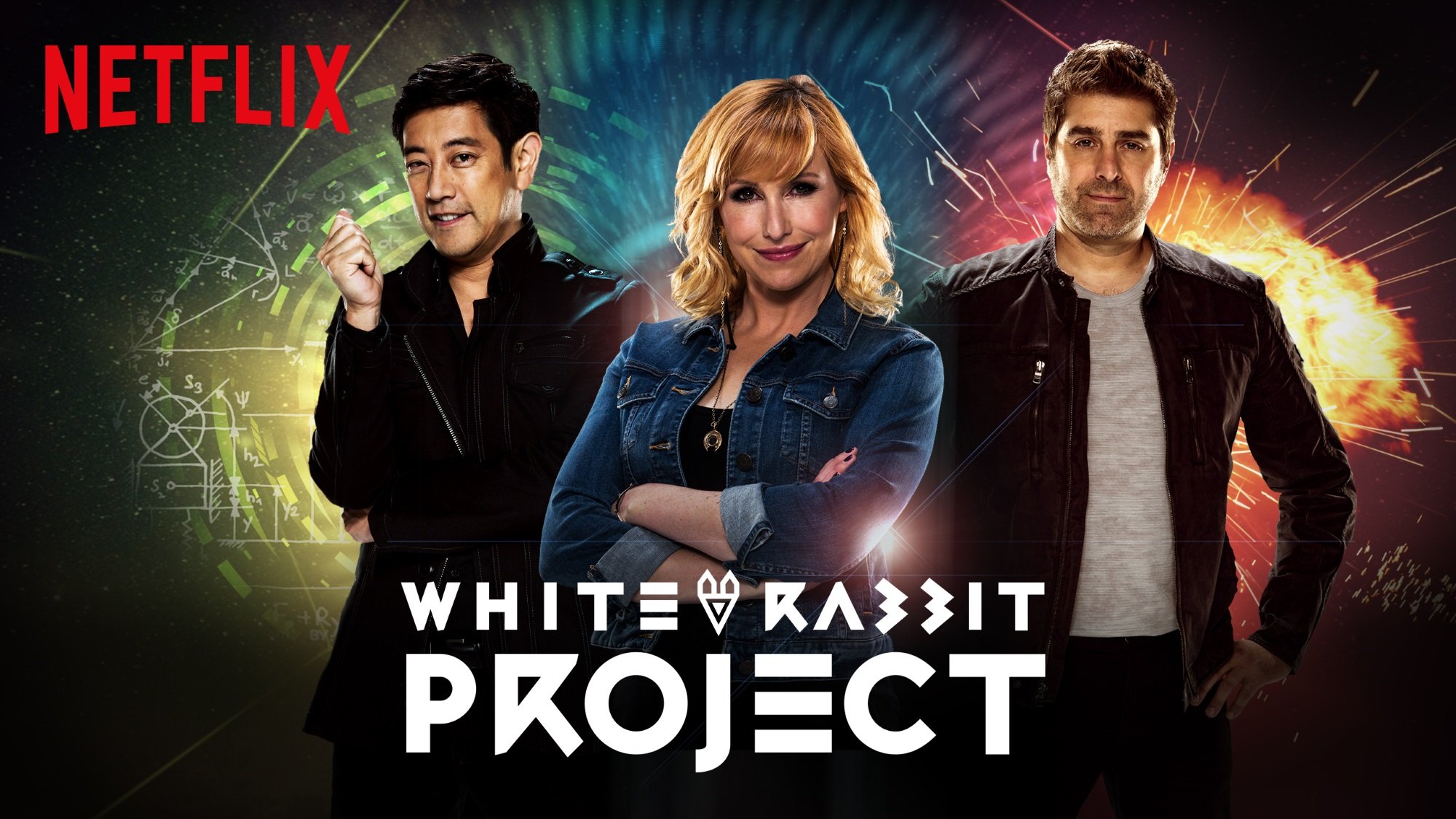 We turn to The Nerdist for a review (because, of course, this right their alley): “Instead of focusing on legends or stories of questionable veracity, and then trying to determine if they are real or not, White Rabbit Project revolves around true stories and evaluating and comparing them with a defined set of standards,” writes Nerdist critic Michael Walsh. “This isn’t a spin-off or a reboot, this is a whole new endeavor that combines real science with the general feeling of a show like Mysteries at the Museum, but with the built in chemistry the three hosts have that made them so watchable. This show will thrive on its own.”

The Secret Life of Pets is an animated family comedy from the director of “Despicable Me” about what your pets do when you leave the house. Features the voices of Louis C.K., Eric Stonestreet, Kevin Hart, Jenny Slate, and Ellie Kemper (PG).

Don’t Think Twice is a comedy about the frustrated ambitions and new horizons of members of an improv comedy group moving on after a decade together. Keegan-Michael Key and Gillian Jacobs star and “This American Life” creator Ira Glass produces with writer/director/star Mike Birbiglia (R). Reviewed on Stream On Demand here.

Available same day as select theaters nationwide are the indie dramas Frank & Lola with Michael Shannon and Imogen Poots, Burn Country with James Franco and Rachel Brosnahan, and All We Had with Katie Holmes (all unrated), plus the Steven Seagal is still trying to hang on as an action hero in Contract to Kill (R).

Medici: Masters of Florence, an historical drama from producer Frank Spotnitz and writer Nicholas Meyer, is an 8-episode series about the celebrated Medici family in 15th century Italy, shot on location and starring Richard Madden, Stuart Martin, and Dustin Hoffman.

Non-fiction: the documentary series Captive takes viewers into the hostage negotiations of real-life kidnappings and The Cuba Libre Story tells the history of Cuba.

Foreign affairs: from France comes the drama Diary of a Chambermaid (2015) with Lea Seydoux and from South Korea comes the horror film The Wailing (2016) (both unrated and subtitled). The Wailing is reviewed on Stream On Demand here.

True stories: Homeland (Iraq Year Zero) is a 5 ½ hour documentary that explores the lives of ordinary Iraqi families before and after the start of the Iraq war in 2003 (not rated).

True stories of the vine: Somm (2012) follows four sommeliers as they prepare to take the demanding Master Sommelier exam (not rated) and A Year in Burgundy (2013) follows seven winemaking families through the four seasons of a particularly challenging year.

Stories We Tell (2013), a personal documentary from actress and filmmaker Sarah Polley, is autobiography by way of family mystery (PG-13). Amazon Prime and Hulu.

The debut season of new original series Shut Eye, starring Jeffrey Donovan as a con man who starts getting genuine psychic visions, is available to stream in its entirety. KaDee Strickland and Isabella Rossellini co-star. 10 episodes.

New this week are the comedy Keanu (2016) with Keegan-Michael Key, Jordan Peele, and the cutest kitten ever (R) and the sci-fi thriller Self/Less (2015) with Ryan Reynolds and Ben Kingsley (PG-13).

The original documentary The Trans List profiles a diverse group of 11 transgender individuals who share their experiences.

HBO new hit series Westworld ended its first season on Sunday. You can now stream the 10-episode series in its entirety all the way to the dramatic season finale.

The third season of The Brokenwood Mysteries from New Zealand is now rolling out. The first episode available, new episodes every Monday.