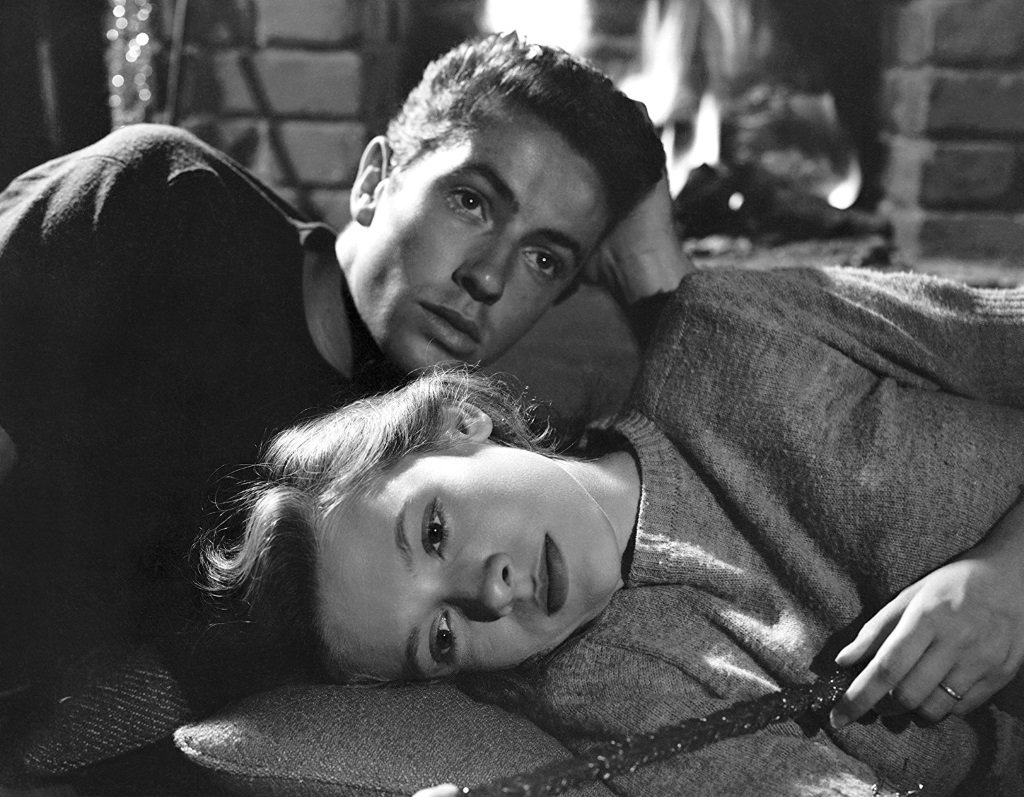 “This boy… and this girl… were never properly introduced to the world we live in…,” begins They Live By Night (1948), a bubble of a brief, idealized vision of young love immediately swept away in the urgency and desperation of the prison break in the very next scene.

The directorial debut of American filmmaker Nicholas Ray is a lyrical, intimate folk song about two young lovers raised in a culture of crime and poverty. Farley Granger is Bowie, a 23-year-old orphan who has been in prison for seven years when he escapes with two veteran crooks (Howard Da Silva and Jay C. Flippen), and Cathy O’Donnell is the weary Keechie, raised in an outlaw culture by an alcoholic father. They fall in love, innocent yet experienced kids raised in an outlaw culture, and take on the impossible odds of finding a life together while on the run.

Adapted from Edward Anderson’s novel “Thieves Like Us” (also the basis of a Robert Altman film in the 1970s) and set in the depths of the Depression, it is one of the great films about criminal lovers on the run. These kids, however, are not hardened thieves but vulnerable young people thrust into the criminal life by circumstances they cannot escape. To his own horror, Bowie becomes a media sensation as the papers and radio news reports latch on to the romantic angle of his flight with Keechie. He’s the leader of the gang as far as the world know and the resentment of the brutal Chickamaw (Da Silva), who aspires to outlaw notoriety, doesn’t help things when they’re holed up in a hideout or, worse, pulling a high profile robbery.

Ray travelled the rural South to record American blues and folk music with Alan Lomax and worked with the Federal Theater Project during the Depression and his experiences inform the film. This world is a pitiless marketplace where everything is a transaction and everyone has their reasons, but Ray extends some empathy to everyone in this mercenary life (“I believe in giving people what they want, as long as they can pay for it”). It’s a lovely, intimate film with a tragic story and one of the most poetic movies of the film noir genre.

Not rated, in black and white

, iTunes, GooglePlay and/or other services. Availability may vary by service.
They Live By Night (The Criterion Collection) [Blu-ray]

They Live By Night (The Criterion Collection) [DVD]

It was newly restored for Criterion’s special edition on Blu-ray and DVD, which features commentary from 2007 featuring actor Farley Granger and film historian Eddie Muller, a new interview with critic Imogen Sara Smith, an interview featurette from 2007 featuring film nor experts Alain Silver and James Ursini and film critic Molly Haskell (among others), and excerpts from a 1956 audio-only interview with producer John Houseman, plus a fol-out insert with an essay by Bernard Eisenschitz.