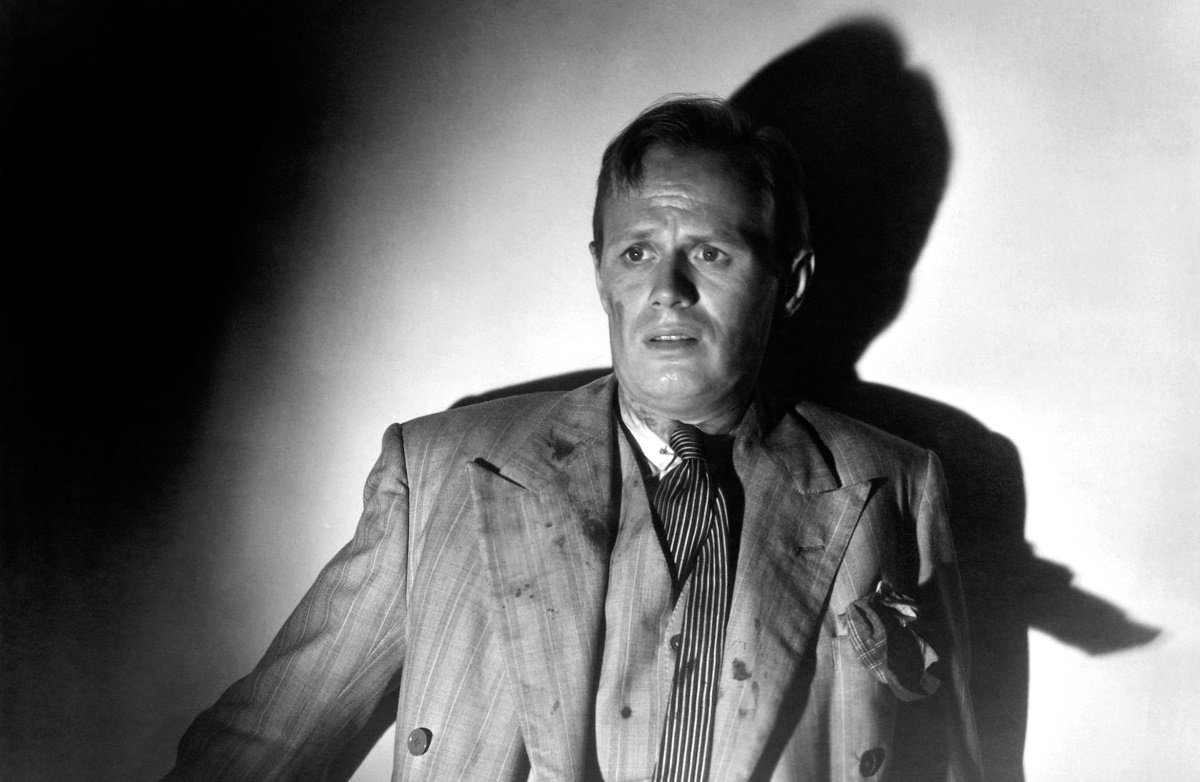 Richard Widmark plays one of cinema’s great heels in Night and the City (1950), one of the greatest film noirs set in a foreign capital.

Widmark’s Harry Fabian is a two-bit American con man in London, a restless hustler at the bottom of the underworld food chain. His long history of failed get-rich-quick schemes hasn’t dampened the naïve enthusiasm that this one “can’t lose,” much to the dismay of his long-suffering girlfriend (Gene Tierney). His latest scheme, however, pits him against London’s wrestling kingpin (Herbert Lom) and he uses everyone within reach to put his precarious plan together. His unwitting accomplices include the corpulent nightclub owner (Francis L. Sullivan) who hires Harry to tout his club around town and the owner’s calculating wife (Googie Withers), who drafts Harry into her plot to escape her husband and open her own club. She should know better than to put her trust in a man blinded by his own fantasies of success built on other people’s money.

Shot for Twentieth Century Fox on location in England, it was Jules Dassin’s final American production before fleeing the communist witch-hunt and decamping to Europe for good. In the classic film noir tradition, everyone is out for themselves (except for Tierney, the most angelic “nightclub hostess” you’ve seen, who is faithful beyond all reason) and the consequences for betraying powerful men is fatal. Widmark is a man so desperate to be a success, or more importantly to be seen by others as a success, that he lies, cheats, and steals to make it happen, and his quick smile is a beautiful mix of sly arrogance and childlike joy.

London has never looked so ominous. The film opens on Harry in desperate flight, breathlessly running through the eerily empty city at night, but the panic turns to calm when he figures he’s slipped from his pursuer and a smile breaks out across his face. Come the finale, however, those shots from on high, looking down on the diminutive Harry running across open plazas and finding escape avenues wide open, are gone as Dassin turns the nocturnal city into a labyrinth. Harry’s plan inevitably goes bad and he flees through a city where his options are suddenly cut off.

Dassin’s camera drops to low angles and claustrophobic close-ups of Harry scurrying through alleys and ducking into dives like a rat in a maze, desperately searching for a way out. The stark slashes of light and extreme camera angles create classic film noir images of desperation and doom. As doom goes, it doesn’t get darker than this. Harry lied and cheated too many powerful people. There’s nothing satisfying in their vengeance—any victory here is pyrrhic—but it is darkly poetic when Harry tries to pull off a one final scheme that “can’t lose” even as he realizes he’s lost it all.

Criterion original released the film on DVD in 2005. In 2015 it offered a new edition with a new 4K digital restoration from the original camera negative for the Blu-ray debut and DVD upgrade. It’s superb, clean and sharp and with a range of textures that brings out the night and the city vividly. Both editions also include the alternate 101-minute British cut (not restored but well-mastered) along with the supplements carried over from the previous release: commentary by film scholar Glenn Erikson, a 2005 interview with Jules Dassin plus excerpts from a 1972 French interview, and a comparison of the scores composed for the British and American releases of the film, plus an insert with an essay by film professor and critic Paul Arthur.