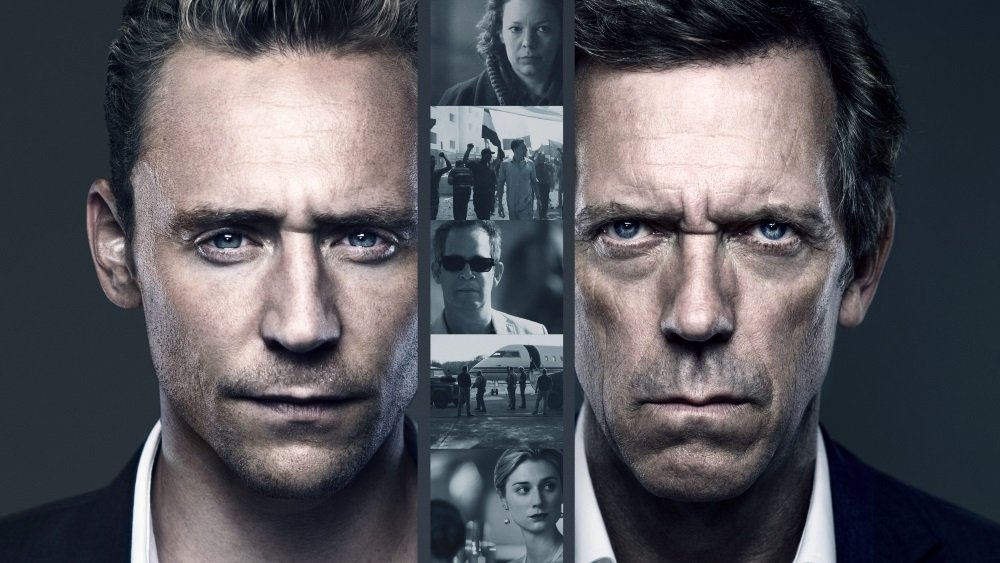 The Night Manager (2016), a six-part mini-series from the BBC that played on AMC in the U.S., is a riveting adaptation of the John le Carré’s 1993 novel of illegal arms sales and government complicity and updated from the nineties drug wars on Latin America to the contemporary Middle East of the Arab Spring.

Tom Hiddleston is Jonathan Pine, the night manager of the title, a former soldier who has made his profession serving in the most exclusive hotels. That’s how he crosses paths with Richard “Dickie” Roper (Hugh Laurie), an arms dealer to the despots with a ruthlessly efficient entourage who leave a corpse in their wake. Pine is so furious at the death of a woman he tried to protect that he agrees to undercover as a trusted member of Dickie’s entourage for a determined British Intelligence agent (Olivia Colman) driven to get the evidence needed to shut him down.

Pine is a little too good at playing the part as an amateur spy, so quick-thinking and icily in control in the most savage situations, and Dickie seems too trusting of a man with suspicious origins. His constructed backstory and contrived introduction to Dickie’s world are filled with coincidences that should raise red flags and the romance between Pine and Dickie’s gorgeous American girlfriend (Elizabeth Debicki) is so poorly concealed that you wonder how Dickie has failed to see through it. Yet the performances and the suspenseful direction by Susanne Bier keeps the viewer riveted, while the handsome production and the gorgeous stars give it a gritty glamor. It’s a compelling thriller in the key of le Carré, filled with double agents, double crosses, and plenty of corruption in a world where international arms deals are protected by the very people charged with shutting them down.

Also on Blu-ray and DVD and on SVOD through Amazon Video, iTunes, GooglePlay, Fandango, Vudu and/or other services. Availability may vary by service.
The Night Manager [DVD]