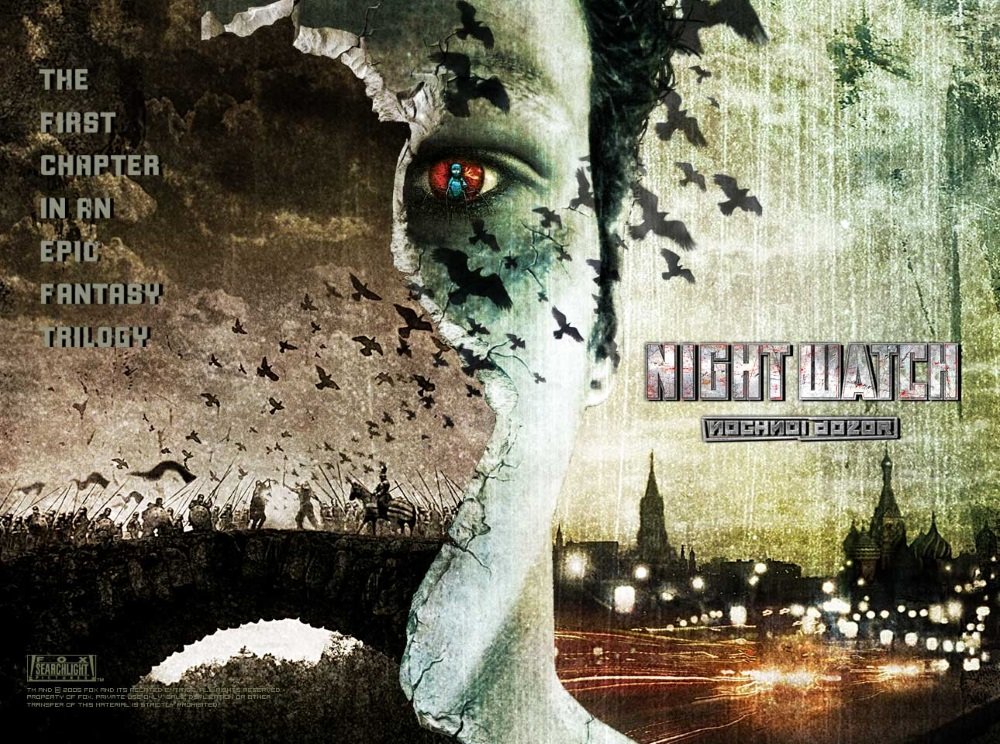 The Russian diptych Night Watch (2004) and Day Watch (2006), based on the first two novels of a supernatural trilogy from author Sergei Lukyanenko and directed by Timur Bekmambetov, are what I like to think of as fantasy noir set amidst an urban underworld subculture of sorcerers, shapeshifters, seers and vampires in a depressed modern Moscow.

In Night Watch, the opposing forces of Light and Dark are held in check by a wobbly truce, policed by supernatural cops from each side. Based on Bekmambetov’s gloomy vision on the screen, the Dark casts a long shadow over the Light, the better to covertly prey on the humans. Light, ostensibly responsible for protecting mankind, acts like a seedy vice squad, using humans as disposable bait in supernatural sting operations. Apparently a few centuries on the job will sour anyone’s compassion.

The familiar elements of modern mythmaking are all here, from a dishonored Other (Konstantin Khabensky) with past sins on his soul to an apocalyptic prophecy unleashed by a curse. The familiar ideas are refreshed by the intriguing shift in culture and setting and the characters sketched in shades of gray. Good is a matter of perspective.

The epic struggle gets a little darker in Day Watch, despite the inherent promise of more sunlight. The wobbly truce has only gotten worse and the vampires of the dark side are plotting to push the daywalkers into breaking the treaty. The actual details are foggy and the politics obscure, but it’s a fabulously imagined urban underworld and a vibrant supernatural subculture that co-exists with (and, at times, preys upon) humankind.

Bekmambetov’s tone is so gravely serious that the drama tends to get arch and theatrical, despite sardonic punches of dark humor. But his imagery is striking (his imagination overcomes his limited budget) and his style is assured, and he’s given the subtitle adaptation a dramatically dynamic dimension by giving the words the presence of an incantation taking physical form. The versions on both Netflix and Amazon preserve those delicious translations.

The films were blockbusters in Russia and distributed all over the world and Bekmambetov came stateside to make Wanted (2008). It was announced that he would make a third film in English. In fact, it was never made, though that may not be a serious issue for stateside audiences. The dramatic conflicts seem pretty wrapped up by the end of Day Watch, making it a satisfying end to this distinctive fantasy epic.