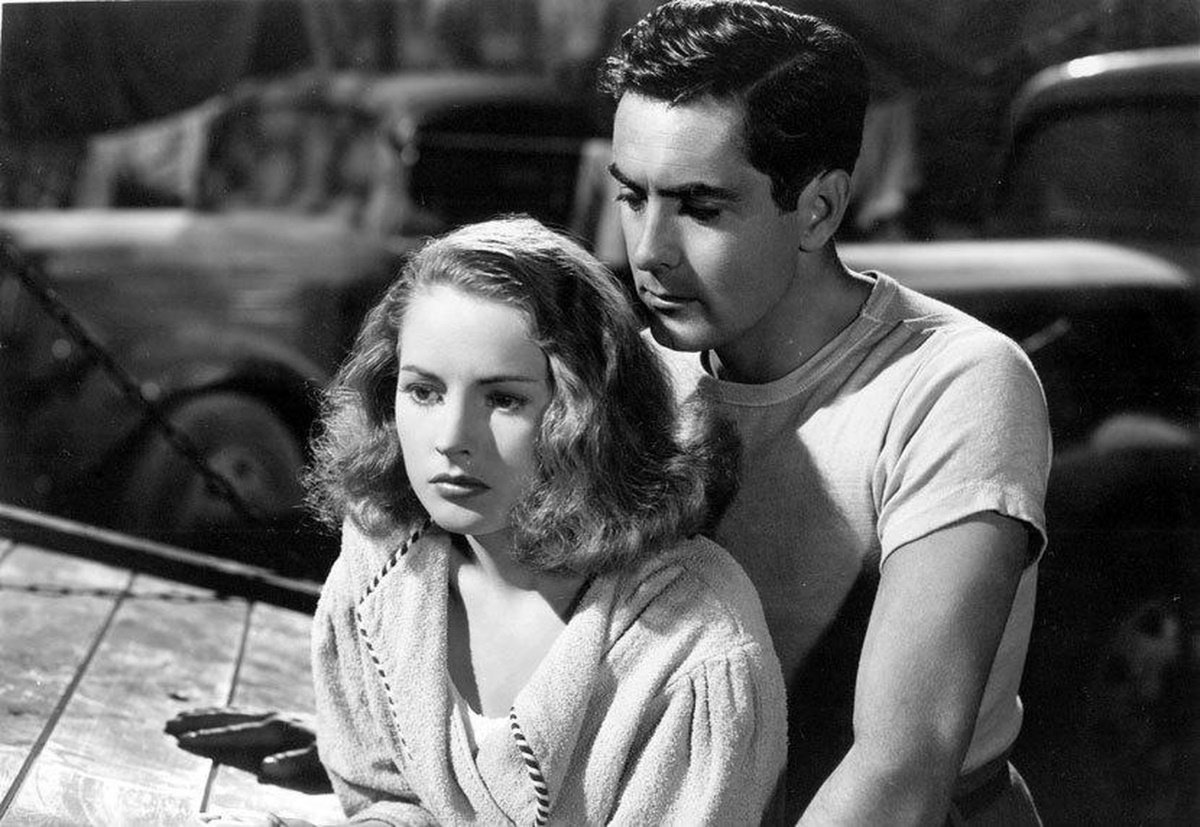 The film opens and closes on the dregs of a two-bit carnival. In between we follow Stanton “Stan” Carlisle (Tyrone Power) from easy-going drifter to opportunistic carnie to high society con man in a rise and fall tale turned into one of the most offbeat examples of film noir. He finds a family among the carny folk and gets a charge pulling one over on the rubes of their small town circuit. When he connives a mind-reading act from a rummy has-been, he takes it out of the sideshow and into high society nightclubs with comely young wife Molly (Coleen Gray). Stan, however, has bigger plans and teams up with a calculating psychiatrist (Helen Walker) to scam the gullible rich.

Tyrone Power’s self-conscious screen persona perfectly fits his character, leaning into the hustler side and playing the earnestness as an angle to reel in the marks. Coleen Gray is film noir’s baby-faced innocent. Not exactly naïve, thanks to eye-opening years working the sideshow, she embodies both innocence and experience as Stan’s conscience. Joan Blondell is all heart as the sideshow mind reader who mentors Stan, Mike Mazurki is the strongman who plays protective big brother to Molly, and Walker proves herself just as ruthlessly cunning and even more corrupt than Stan.

It’s a disreputable pulp noir with an A budget and it straddles the chasm between sleaze and class, thanks to the vivid cinematography by Lee Garmes and the oddly interesting miscasting of studio stalwart Edmund Goulding as director. He delivers the energy and kicked-around characters of a disreputable carny midway—he even batters Power’s matinee idol looks in his spiral into dead-eyed derelict—but the studio gloss resists the depths suggested in Jules Furthman’s screenplay (behold the Geek!). It only adds to the weird atmosphere.

Power’s cocksure presence and mannered performance is perfect for this glib phony whose entire life is a show, and it only makes his rapid slide to degradation all the more satisfying… and even a little tragic.

Guillermo Del Toro offers his take on the William Lindsay Gresham novel in his 2021 remake.

Leaves Criterion Channel at the end of January. Add to watchlist