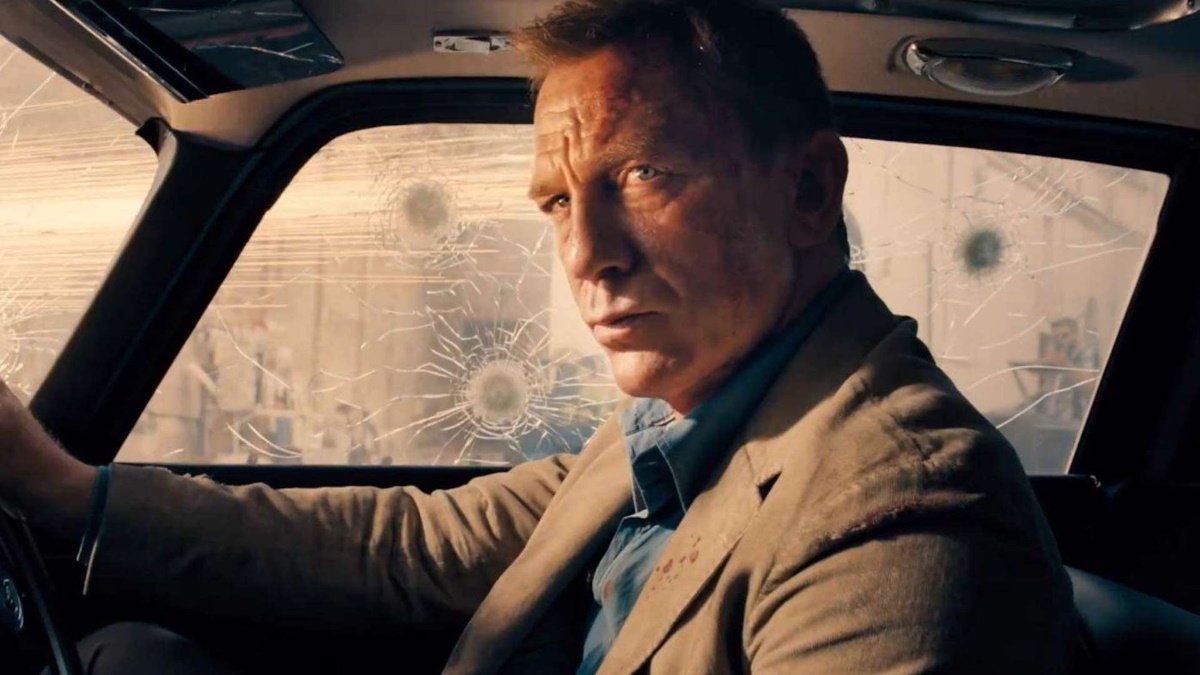 In “No Time to Die” (2021, PG-13), Daniel Craig’s James Bond comes out of retirement to stop a megalomaniacal villain (Rami Malek) who plots world domination from his own private island. It’s a farewell to Craig that ties up storylines woven through his tenure and it pays tribute to the entire series with Easter Eggs for the fans. For everyone else, it sets the personal story against impressive action set pieces, spectacular locations, and great Bond gadgets. Léa Seydoux and Lashana Lynch costar, Ana de Armas practically steals the film in her single-scene appearance, and Ralph Fiennes, Ben Whishaw, Naomie Harris, Rory Kinnear, Jeffrey Wright, and Christoph Waltz reprise their series roles. (Prime Video)

The violent and surreal Viking adventure “The Northman” (2022, R) stars Alexander Skarsgård as the Viking prince on a mission of revenge against the man (Claes Bang) who murdered his father and usurped the throne. Filmmaker Robert Eggers draws from the ancient Danish tale that inspired Shakespeare’s “Hamlet.” Nicole Kidman, Ethan Hawke, and Anya Taylor-Joy costar. Streaming on Peacock and available on VOD. Also on DVD and at Redbox.

Oscar Isaac is “The Card Counter” (2021, R) in Paul Schrader’s drama of a professional gambler whose emotional remove from the world is punctured when he befriends a troubled boy (Tye Sheridan) and falls for a gambling professional (Tiffany Haddish). The quiet but powerful drama explores guilt and responsibility in the aftermath of Abu Ghraib. Willem Dafoe costars. (HBO Max)

“Ms. Marvel: Season 1” (TV-14), the latest entry in the MCU, features Muslim American teenager Kamala Khan (Iman Vellani), who grows up in Jersey City with a love of superheroes and videogames and then acquires superpowers of her own. New episodes on Wednesdays. (Disney+)

French filmmaker Olivier Assayas reworks his own 1996 film with the limited series ​​“Irma Vep” (TV-MA, with subtitles), a multi-lingual satire of show business and moviemaking starring Alicia Vikander as an American movie star who takes on the leading role in a remake of a silent movie spy thriller. New episodes on Mondays. (HBO Max)

The sixth and final season of “Peaky Blinders” (TV-MA) finds Tommy Shelby (Cillian Murphy) guiding the Shelby crime family through the 1930s as prohibition ends and British Fascism is on the rise. (Netflix)

Classic picks: Criterion Channel celebrates “100 Years of Judy Garland” during her birthday month with 12 of her most memorable films, including the musicals “Meet Me in St. Louis” (1944) and “The Pirate” (1948) and the touching romantic drama “The Clock” (1945), all directed by her then-husband Vincente Minnelli.

The hyperactive video game mascot is back in “Sonic the Hedgehog 2” (2022, PG), an action comedy sequel with Jim Carrey, James Marsden, and the voice of Ben Schwartz. Also streaming on Paramount+.

Available same day as select theaters nationwide is a pair of dramas based on true stories from the 1970s. Mike Colter stars in “I’m Charlie Walker“ (2022, not rated) as a trucking and construction entrepreneur battling institutional racism in California while “The Walk“ (2022, R), starring Justin Chatwin and Terrence Howard, dramatizes the resistance and violence around the court-ordered forced integration of the Boston School System.

Adam Sandler takes a dramatic role as an NBA scout who takes a chance with a street baller (Juancho Hernangomez) in “Hustle“ (2022, R), a drama about the business of sports costarring Queen Latifah, Ben Foster, and Robert Duvall.

“Trees of Peace“ (2022, TV-MA), a drama based on a true story, follows four women from different backgrounds who come together during the genocide in Rwanda.

The romantic fantasy “First Kill: Season 1“ (2022, TV-MA) stars Sarah Catherine Hook and Imani Lewis as star-crossed lovers: one is a vampire, the other is a vampire hunter.

Christian Bale plays Dick Cheney and Steve Carell is Donald Rumsfeld in “Vice“ (2018, R), a biographical drama with a satirical edge that won an Oscar for make-up.

International TV: the romantic comedy “Baby Fever: Season 1“ (Denmark) revolves around a fertility doctor, her patients, and her own complicated pregnancy.

Stand-up: “That’s My Time with David Letterman: Season 1“ (TV-MA) is a mix of comedy special and talk show spotlighting six up-and-coming stand-up performers. It’s one of four comedy showcases this week, along with “Stand Out: An LGBTQ+ Celebration“ (TV-MA) hosted by Billy Eichner, “Dirty Daddy: The Bob Saget Tribute“ (TV-MA) from the Netflix Is a Joke comedy festival, and “Bill Burr Presents: Friends Who Kill“ (TV-MA).

The documentary “The Janes“ (2022, TV-14) profiles the women’s group that assisted in providing safe, affordable, illegal abortions before the “Roe v Wade” ruling.

“Roadrunner: A Film About Anthony Bourdain“ (2021, R) follows the journey of the celebrated chef from line cook to writer and renowned television host.

“Doctor Who: Season 13“ (TV-PG) is the final series of the cult science fiction show starring Jodie Whittaker as The Doctor.

“Fairfax: Season 2“ (2022, TV-14) continues the animated comedy of four middle schoolers looking to earn their place in the culture.

“For All Mankind: Season 3“ (TV-MA) continues the alternate reality drama as the Americans race the Soviet Union to Mars.

A third incarnation of “Queer as Folk: Season 1“ (TV-MA), about the lives and culture of a group of young gay men, stars Fin Argus, CG, Jesse James Keitel, Ryan O’Connell, and Johnny Sibilly, with Kim Cattrall and Juliette Lewis.

You can also stream the original British “Queer as Folk: Complete Series“ (TV-MA).

The second season of the acclaimed drama “P-Valley“ (TV-MA) begins.

The reality series “Hollywood Houselift with Jeff Lewis“ (2022, TV-PG) sends the house flipper and interior designer to renovate the homes of Hollywood stars.