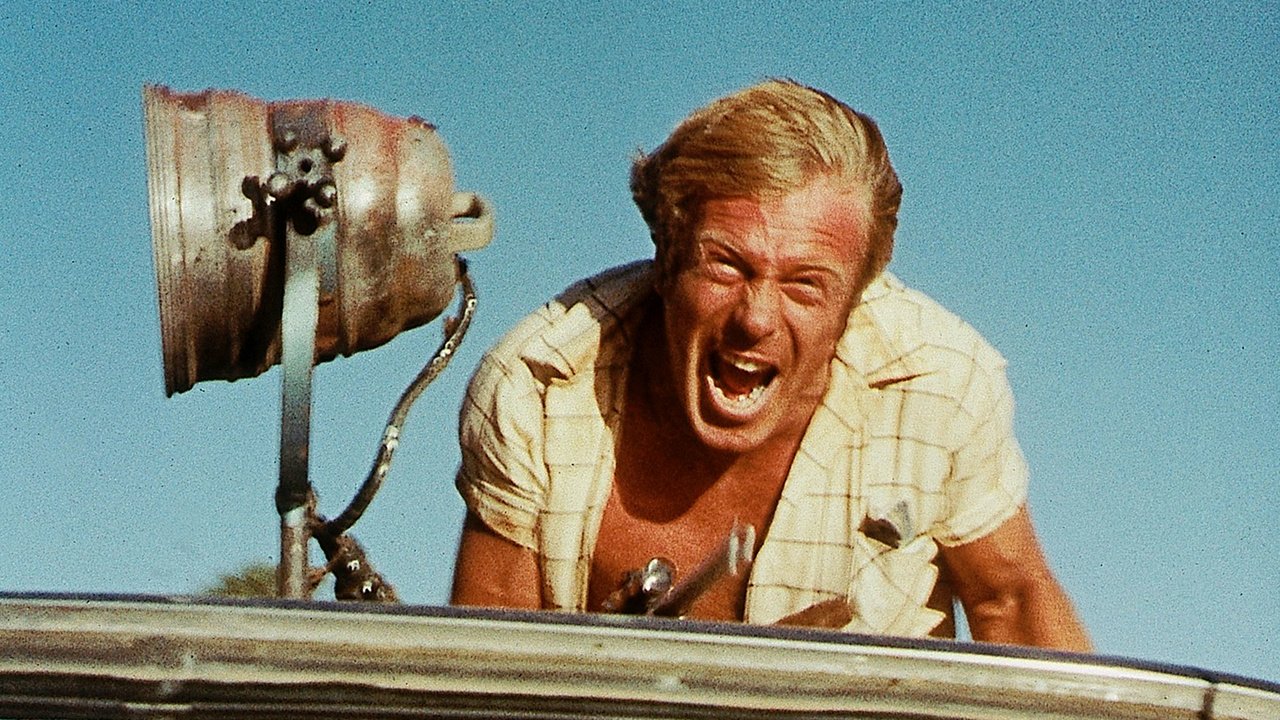 Not Quite Hollywood (2009), Mark Hartley’s survey of Australian exploitation cinema—sex comedies, action films, Aussie horrors, outlaw thrillers and other drive-in fare—is one of the most entertaining and affectionate documentaries about cinema that you’ll ever see.

More than just an introduction to a film industry largely ignored and forgotten, it’s a celebration of seat-of-the-pants filmmaking and filmmakers on the frontier and it’s chock full of jaw-dropping film clips so enticing you’ll be tempted to search out every last film.

As Hartley reminds us, there was no Australian film industry to speak of—and  certainly no celebrated Australian New Wave, with its gentile historical subjects and tasteful filmmaking—when producers like John D. Lamond and Anthony I. Ginnane and directors like Tim Burstall cashed in on the newly-minted ratings code of 1971. They turned out raucous R-rated sex romps and boorish comedies to critical disdain and popular success, not just domestically but internationally as well.

When the nerds-and-boobs (and more!) formula wore thin at the box office, horror films (Patrick, 1978, Razorback, 1984), action movies (The Man From Hong Kong, 1975) and car culture outlaw thrillers (Stone, 1974, Mad Max, 1979) became the coin of the grindhouse and drive-in realm. Many of them were quite profitable, most of them exportable, and virtually all of them were deplored by the Antipodeon arbiters of taste and culture. These filmmaker didn’t just push the envelope of censorship, they created their own genre industry, which resulted in an anything goes attitude when it came to creating thrills.

Hartley frames this alternate history as an us-vs.-them cultural battle: while the honor students were doing Australia proud with tastefully restrained artistic works and critically acclaimed dramas like Picnic at Hanging Rock (1975), My Brilliant Career (1979), and Breaker Morant (1980), this is the trouble that the freaks and geeks were getting into in the disreputable side of the business. But the film is so pleased with its rebel stance that it avoids exploring, or for that matter even admitting, the interrelations between the industries.

What Hartley does insist upon, however, is that these genre production are equally a part of the culture and perhaps a more honest measure of the tastes and interests of Australian folks than the revered classics. The films of Not Quite Hollywood are street art, the popular cinema that brought people into the theaters, the movies that Australians—and audience the world over—watched because, whatever the tastemakers and cultural critics want to believe, people responded to them. For better or worse (and often both), this is the lifeblood of Aussie cinema. Not Quite Hollywood makes the case for its vitality and its attitude, but mostly it reminds us that there are neglected gems scattered in the junkyard of Australian genre cinema. Hartley’s film is the treasure map. Long live Ozploitation!

It won the best documentary award from the Australian Film Institute.

Also on DVD and on SVOD through Amazon Video, iTunes, GooglePlay, Fandango, Vudu and/or other services. Availability may vary by service.
Not Quite Hollywood [DVD]

The DVD features commentary by director Hartley with many of the featured directors, deleted and extended scenes and an interview with director Brian Trenchard-Smith by fan Quentin Tarantino among the supplements.