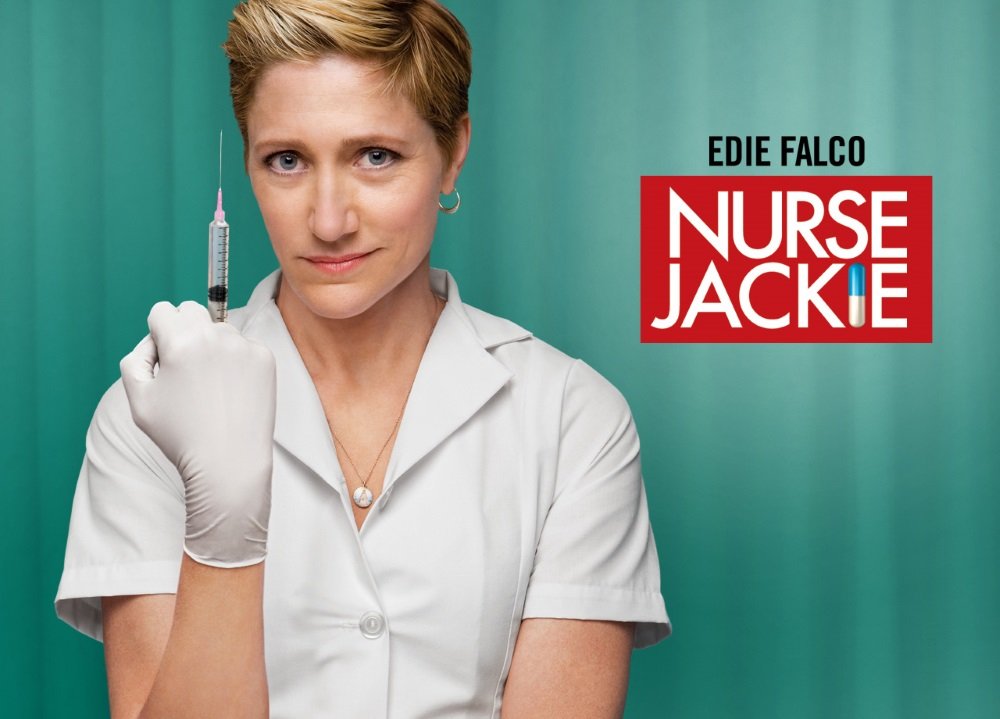 Nurse Jackie: Seasons 1-7 – TV thrives on damaged heroes and Jackie Peyton (Edie Falco), the head nurse in New York hospital emergency room, is one of the most damaged. Tough, confrontational, fiercely dedicated to her most vulnerable patients and wickedly vindictive with rude patients, thoughtless visitors, inattentive doctors, and unfeeling administrators, Jackie’s mantra is “Doctors diagnose. We heal.” But she’s no Florence Nightingale, and not simply because of the vindictive little punishments she doles out. This wife and loving mother of two slips off her wedding ring as she commutes to work and carries on an affair with the hospital pharmacist (Paul Schulze), who supplies her with a steady stream of prescription painkillers that she’s just as likely to break down and snort like a line of cocaine as she is to take orally as directed. Jackie Peyton is TV’s most functional drug addict.

This energy bump may keep her powering through another shift as she juggles a high-pressure job with the demands of two daughters with emotional issues of their own and the effort of keeping her lives separate (her co-workers don’t even know she’s married, let alone a mother). But the addiction also starts to take its toll on her body and unravel her carefully maintained illusion of control over the chaos of her job and her life.

The Showtime original series keeps the episodes down to a quick, snappy half hour and the format helps keep the show from slipping into sentimentality or easy melodrama. Falco embraces the contradictions and flaws of her character even as Jackie plays mentor to an idealistic young nurse trainee (Merritt Wever) and battles the heartless bureaucracy embodied by the Emergency Room Administrator (Anna Deavere Smith). Peter Facinelli co-stars as a cocky young doctor with his own issues, including a Tourette’s-like impulse of “inappropriate touching.” Both Edie Falco and Merritt Wever won Emmy Awards for their performances.

Jackie has a harder time keeping her secrets under wraps in successive seasons. “We have got to stop trying to save people who don’t want to be saved,” complains Jackie in the second episode, clearing saying more about herself than her patient. Walking out of her intervention, ducking her husband, paying more and more to get her pharmaceutical fix when her friends refuse to enable her anymore, she finds the balancing act even harder to maintain when her former lover becomes (against his better judgment) genuinely good friends with her husband.

Nurse Jackie played in a dark comedy block on Showtime with Weeds, a fan favorite that played this kind of personal crisis for easy laughs and minimal consequences. Nurse Jackie finds the humor more painful and ambivalent, and the repercussions of her actions reverberate through her marriage, her friendships, and finally (and most painfully) her two daughters.

There are 80 episodes over seven seasons, all now available to stream on Netflix.

Also on DVD and Blu-ray

and SVOD through Amazon Video 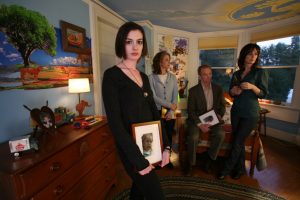