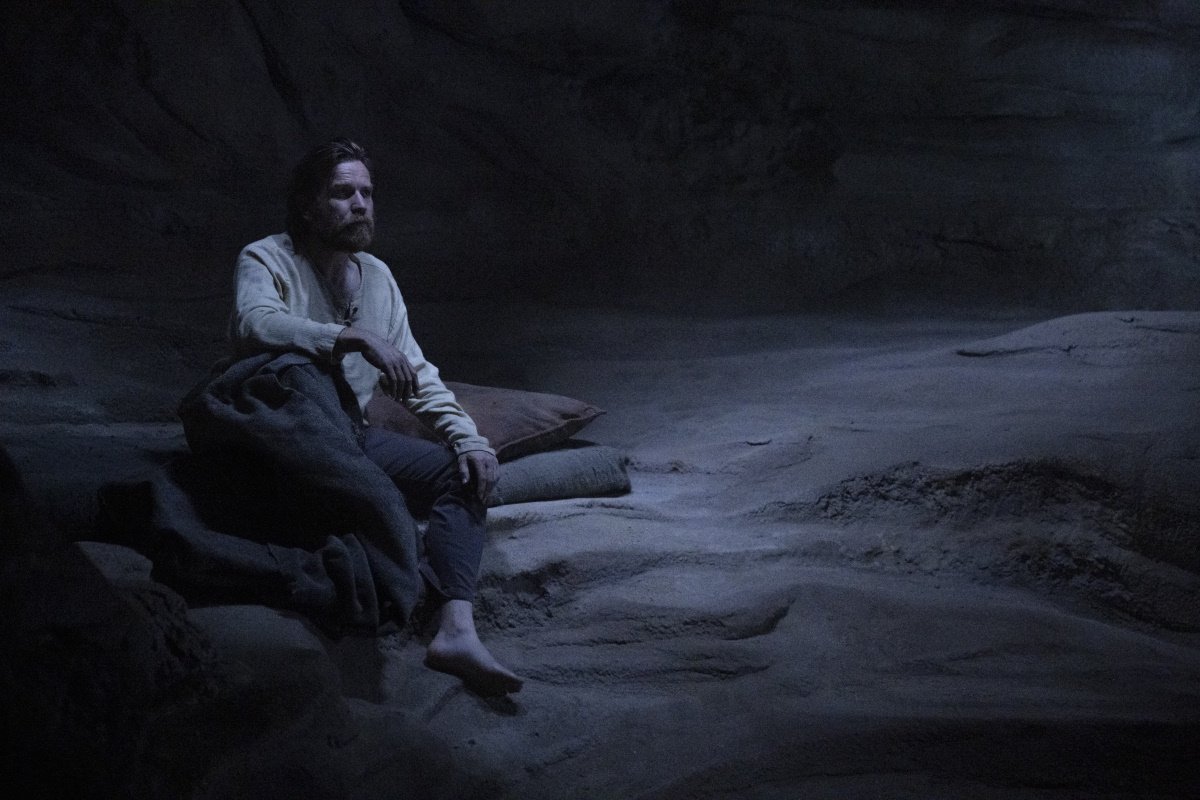 Ewan McGregor returns to the “Star Wars” universe in “Obi-Wan Kenobi: Season 1” (TV-14), an original series set between the films “Revenge of the Sith” and the original “Star Wars” (aka “A New Hope”). As Obi-Wan hides out on Tatooine to watch over the young Luke Skywalker, he’s hunted by the Grand Inquisitor (Rupert Friend) and by Darth Vader (Hayden Christensen), his former student. Joel Edgerton, Maya Erskine, Kumail Nanjiani, Moses Ingram, and O’Shea Jackson Jr. costar. All six episodes directed by Deborah Chow (a veteran of “The Mandalorian”). Two episodes available, new episodes on Fridays. (Disney+)

Though it’s been almost three years since the last season, “Stranger Things 4: Volume 1” (TV-14) opens a mere six months later as a new threat from the Upside Down threatens Hawkins. Meanwhile the Byers family (Winona Ryder, Charlie Heaton, Noah Schnapp) struggles to build a new life in California and Eleven (Millie Bobby Brown) struggles with life without powers. The new batch of episodes run over an hour apiece and revel in eighties nostalgia while adding new details to show’s imaginative mythology. The second half of the season drops in July. (Netflix)

“Joe Pickett: Season 1” (TV-14) stars Michael Dorman as a dedicated Wyoming game warden and family more at home with the wildlife than in the economically struggling town who finds himself solving a murder. Based on the novels of C.J. Box, it’s a rural crime drama in the tradition of “Longmire” and costars Julianna Guill, Sharon Lawrence, and David Alan Grier. New episodes on Sundays. (Paramount+)

A night of partying on a college spring break gets a detour “Emergency” (2022, R), a buddy comedy that takes a turn into chaos and confusion when best friends and roommates (Donald Elise Watkins and RJ Cyler), both African American, discover a stranger, a white girl (Maddie Nichols), passed out on their floor. Scared the police will blame them, they go careening across town to drop her off at the Emergency room while complications threaten to derail everything. It’s comedy strewn through with anxiety, miscommunication, and race. Sebastian Chacon and Sabrina Carpenter costar. It won the screenwriting award at Sundance and streams a week after limited theatrical release. (Prime Video)

The documentary “Navalny” (2022, R) profiles Russian political activist and dissident Alexei Navalny in the aftermath of a failed assassination attempt and follows his efforts to track down the team that tried to murder him in August 2020. It’s a real-life thriller that has become more relevant than ever since the Russian invasion of Ukraine. Winner of two awards as Sundance and at SIFF. (HBO Max)

Sandra Bullock and Channing Tatum star in “The Lost City” (2022, PG-13), a mix of romantic comedy and exotic adventure. Also streams on Paramount+ and Epix.

The documentary “Since I Been Down“ (2022) looks at the damage of the 1980s drug wars through those sentenced to life in prison in Tacoma, Washington.

Available same day as select theaters nationwide is “There Are No Saints“ (2022, R), a violent crime thriller about a former hitman out to rescue his son, written by Paul Schrader.

True stories: “Afrobeats: The Backstory: Season 1“ (Nigeria, TV-MA) explores the rise of Afrobeats, the lively music that originated in Nigeria and spread around the world.

Kid stuff: “My Little Pony: Make Your Mark: Chapter 1“ (TV-Y) is the latest incarnation of the animated adventure.

The limited series “Oussekine“ (France, 2022, TV-MA, with subtitles) dramatizes the true story of the death of Malik Oussekine, a 22 year-old student in Paris beaten to death by police in 1986, and his family’s fight for justice. Hiam Abbass and Sayyid El Alami star.

Christoffer Boe’s “A Taste of Hunger“ (Denmark, 2022, not rated, with subtitles) is a foodie drama starring Nikolaj Coster-Waldau and Katrine Greis-Rosenthal as restauranteurs who sacrifice everything for a Michelin star. Also in an English dubbed version.

True stories: “Look at Me: XXXTentacion“ (2022, TV-MA) looks at how Florida teenager Jahseh Onfroy became one of the most streamed artists on the planet before his untimely death at age 20.

“Kids in the Hall: Comedy Punks“ (TV-MA) looks at the history and legacy of the sketch comedy group.

New seasons of “Carpool Karaoke: The Series“ (TV-14) and the animated “Harriet the Spy“ (TV-G) and “Helpsters“ (TV-Y) debut on Apple TV+.

“The Dreamers: Season 1“ (Israel, not rated, with subtitles) tells the story of three young Palestinian students who travel to Tel Aviv in 2008 and help create an underground scene where young Jews and Palestinians gather together. (AMC+ and Sundance Now)

Sir David Attenborough narrates “Planet Earth: Dynasties II“ (not rated), which takes viewers into the intimate lives of the world’s most iconic animals from birth to adulthood. New episodes on Thursdays.

“Slippin’ Jimmy“ (not rated) is an animated prequel to “Better Call Saul” about the antics of the young Jimmy McGill in Chicago.

The two-part documentary “Sins of the Amish“ (not rated) exposes the plague of sex abuse in the Amish community and the broken criminal justice system that has failed to protect the victims.

Martin Freeman plays a cop on the night shift in Liverpool in “The Responder: Season 1“ (not rated), a crime drama inspired by the real-life experiences of former officer and writer Tony Schumacher. New episodes on Tuesdays.

The “Documentaries by Christine Choy” collection spotlights five films from the Oscar-nominated Chinese American filmmaker and Ursula Liang’s documentary “Down a Dark Stairwell“ (2020, not rated) examines the killing of an unarmed Black man by a Chinese American police.