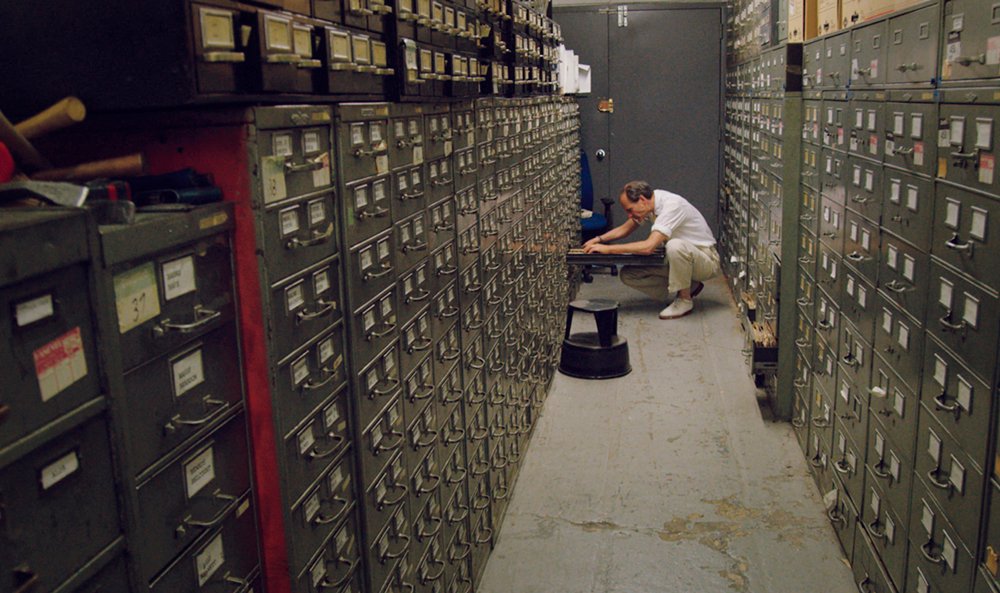 The documentary Obit. (2016, not rated) profiles the staff obituary writers of The New York Times, one of the last papers in the country to support a staff of writers dedicated to remembering the lives and accomplishments of the recently deceased: the famous, the infamous, and others who has an impact on our world. It’s not just journalism but an art form in its own right, at least as practiced by Bruce Weber, Margalit Fox, William Grimes, and the team at the Times who check the facts, confirm the details, vet the pictures, and turn a death notice into a celebration of a life. Vanessa Gould directs this engaging film.

Adam Scott as the new stepdad to the Antichrist in the horror comedy Little Evil (2017, not rated) from Eli Craig, the director of the hilarious horror spoof Tucker and Dale vs Evil (which is also on Netflix here). The spoof of The Omen and other devil children horror films co-stars Evangeline Lilly, Clancy Brown, Tyler Labine, and Owen Atlas as the little Satan spawn. It makes its debut on Netflix with no advance reviews.

Baywatch (R) brings the surf, sand, and swimsuits of the eighties TV series to the big screen as an action comedy on the beach starring Dwayne Johnson, Zac Efron, Priyanka Chopra, and Alexandra Daddario.

Elle Fanning, Naomi Watts, and Susan Sarandon are the 3 Generations (2015, PG-13) in the modern family drama and Rami Malek stars in the thriller Buster’s Mal Heart (2016, not rated).

Streaming TV: the Japanese miniseries Final Fantasy XIV Dad of Light is a drama about a father who uses the video game to connect with his son (eight episodes, with subtitles). Also new is the third season of the Netflix original thriller Narcos.

Kid stuff: LEGO Elves – Secrets of Elvendale: Season 1 is an animated fantasy based on the web series. Also newly arrived are the animated Disney features Hercules (1997, G) and Mulan (1998, G).

The BBC historical drama Victoria: Season 1 stars Jenna Coleman as the British queen who ascended the throne at the age of 18 and battled men who presumed to make decisions for her. It’s a smart, worthy series in its own right but fans of The Crown may be particularly interested as they await the next season. Reviewed on Stream On Demand here.

Owen Wilson and Vince Vaughn are the Wedding Crashers (2005, R) who woo vulnerable bridesmaids in the raunchy comedy.

Patrick Warburton was the first actor to play The Tick in the short-lived 2001 superhero comedy that has since been a cult favorite. With the new remake streaming on Amazon, you can compare the two and pick your favorite.

Meryl Streep is the worst singer who ever lived in Florence Foster Jenkins (2016), a comedy with a tender compassion based on a true story (PG-13) (Amazon Prime and Hulu). Reviewed on Stream On Demand here.

Defiance (2008, R), a World War II drama starring Daniel Craig as a real-life hero who created a sanctuary for thousands of Jews, and George Clooney’s satirical The Men Who Stare at Goats (2009, R) with Jeff Bridges are both based on true stories.

Dustin Hoffman and Emma Thompson star in Last Chance Harvey (2008, PG-13) and Julia Roberts and Dennis Quaid star in Something to Talk About (1995, R), two romantic dramas for grown-up audiences.

The original Invasion of the Body Snatchers (1956, not rated) is a science-fiction classic and both a timeless and timely commentary on society.

True stories: Oscar-winning An Inconvenient Truth (2006, PG), which brought his Al Gore’s message of climate change to millions, is streaming while the sequel is in theaters.

Also arriving for September: Tim Burton’s Batman (1989, PG-13) and Batman Returns (1992, PG-13) with Michael Keaton, the original Robocop (1987, R), the Oscar-winning The Silence of the Lambs (1991, R) with Jodie Foster and Anthony Hopkins, and Contact (1997, PG), based on the Carl Sagan novel and starring Jodie Foster and Matthew McConaughey.

Natalie Portman earned an Oscar nomination in Jackie (2016, R) as the widow of JFK in the days after his assassination. Chilean filmmaker Pablo Larrain brings his passion for political and social history to his American film debut and his perspective is illuminating. Peter Sarsgaard, Greta Gerwig, Billy Crudup, and John Hurt co-star. Reviewed on Stream On Demand here.

David Simon’s new HBO series The Deuce officially debuts next weekend but you can see the pilot early on HBO Go.

Arriving Saturday night is A Monster Calls (2016, PG-13), a drama of loss and healing starring Felicity Jones and the voice of Liam Neeson.

And, in case you missed the hype, the finale of the seventh season of Game of Thrones is now streaming. The eighth and final season debuts in 2018.

On Sunday, the Twin Peaks revival comes to its conclusion with a two-part finale.

Marcel Pagnol’s “Marseilles Trilogy” spins one of the great love stories of cinema across three films: Marius (1931), Fanny (1932), and César (1936). Criterion Channel presents the newly restored editions of all three classics of French cinema (not rated, with subtitles).