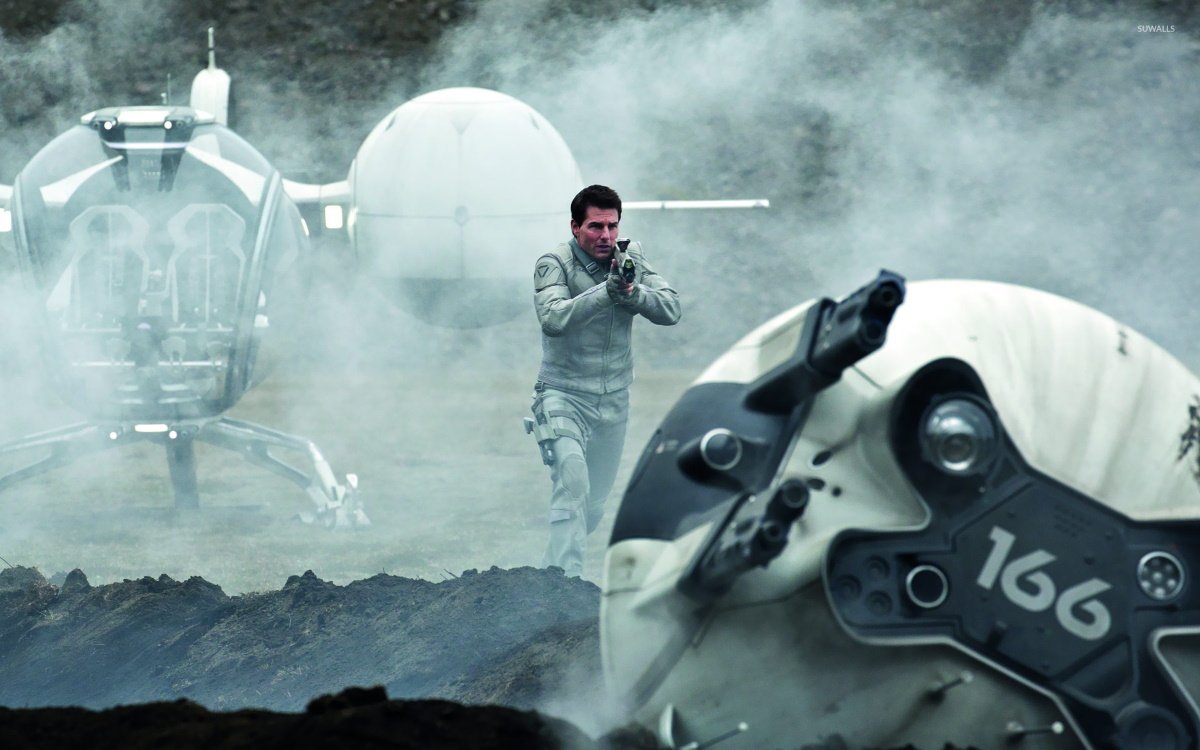 “Five years since the mandatory memory wipe and I’m still haunted by these dreams.”

Tom Cruise is the last man Earth (or so he thinks) in Oblivion (2013), patrolling the devastated planet from guerilla attacks by the remnants of an alien invasion. He dotes on his partner / colleague / lover Victoria (Andrea Riseborough), who spots for him in the station and never goes to the surface. But he has dreams of a past life with a willowy exotic lover (Olga Kurylenko) even though his memory was wiped years ago. Those wisps of another life are the beginning of a mystery that ultimately redefines who he is and what happened to Earth.

Let’s just be up front about the fact that it is as derivative a science fiction film as you’ll see. It borrows whole cloth from everything from 2001 to The Matrix to WALL-E to Moon to Independence Day and just about every other alien invasion movie you’ve ever seen. But director Joseph Kosinski (Tron: Legacy), adapting his own graphic novel, sure knows how to make it look beautiful and evocative. There are plenty of digital effects but it’s Kosinski’s superbly-scouted and strikingly-photographed locations that give the fantasy a physical resonance.

The twists aren’t all that surprising, but they are nicely delivered. And Cruise does what he does best here, playing the good, loyal soldier whose romantic streak drives him to bend the rules to feed his soul and satisfy his curiosity. The film wasn’t a hit but Cruise apparently appreciated Kosinski’s work on it and reteamed with the filmmaker on the long-awaited Top Gun: Maverick.

Blu-ray, Blu-ray 3D, and DVD, with commentary by filmmaker Joseph Kosinski and star Tom Cruise, the featurettes “Destiny” (production), “Illusion” (visual effects), and “Harmony” (music), and deleted scenes, plus a digital copy of the film for portable media players and an UltraViolet digital copy for download and instant streaming. Exclusive to the Blu-ray editions are two additional featurettes (“Voyage” and “Combat”) and an isolated score audio track.