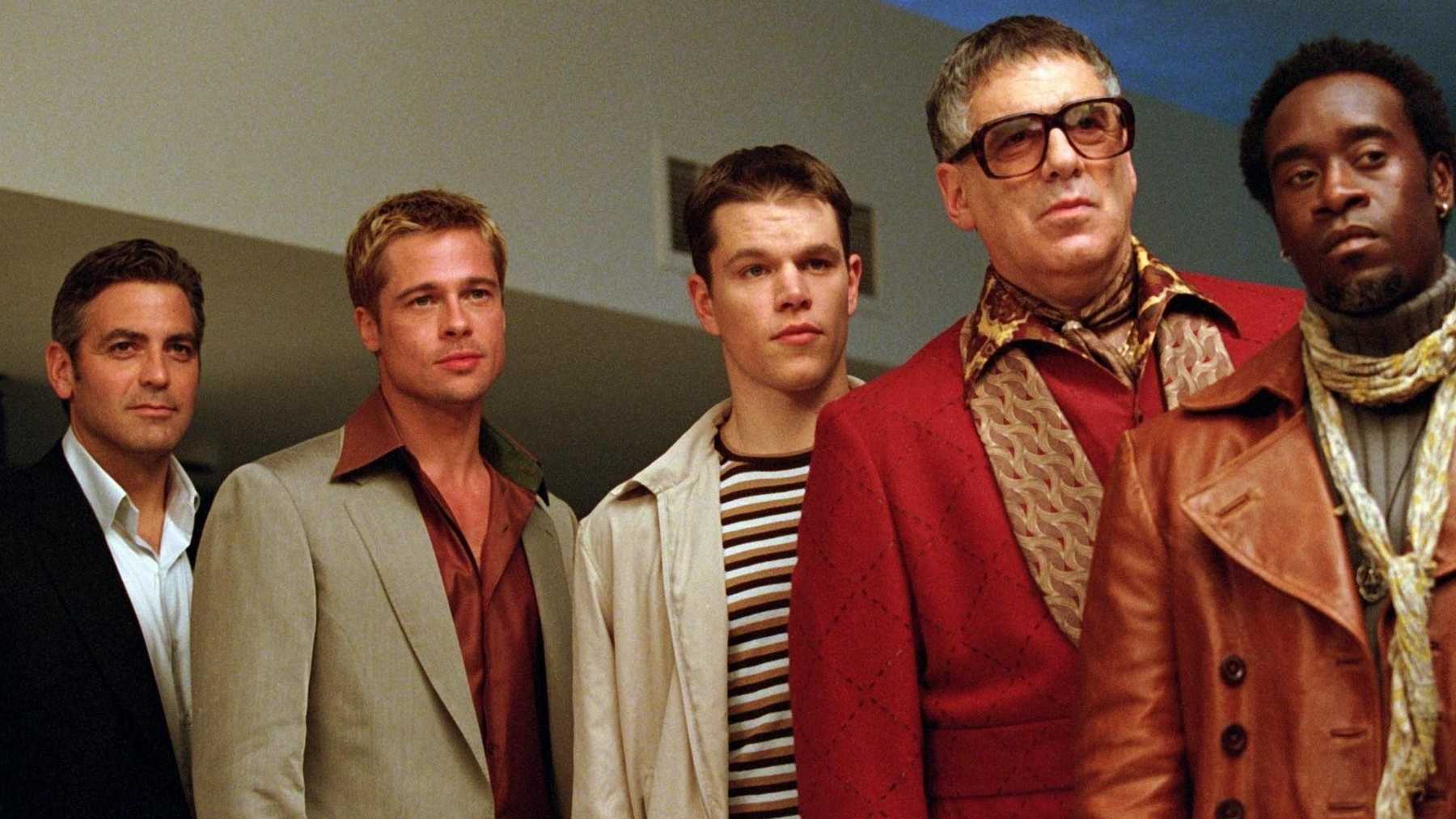 Steven Soderbergh and his cool cast accomplish what Lewis Milestone couldn’t with the original Vegas playboy Rat Pack back in the 1960s: they swing to the beat of the heist.

Ostensibly a remake / reworking of the fun but often flat heist classic with Frank Sinatra and friends, Ocean’s Eleven (2001) is the most shamelessly commercial films in Soderbergh’s career. What could have been a calculated ploy without personality or creative engagement is a blast, big, bright, fun-loving lark of a crime picture that glides along the charisma of its cast.

George Clooney is all smooth charm as the adorable bad boy who masterminds the impossible ultimate score and Brad Pitt has a smart-alecky rapport with Clooney as the dutiful lieutenant. Their jokey by-play greases the gears of the group’s smooth interaction. Matt Damon plays the smart but learning rookie (the son of an old pro friend making his own way) and Julia Roberts is Clooney’s ex-wife now the lover of their mark: casino owner and all around slime Andy Garcia.

Soderbergh, handling his own camera, gives the film crisp compositions and keeps it moving with gliding camerawork and a wandering eye that easily and elegantly hones in on the essential details of the scene, yet he somehow fails Roberts: Hollywood’s most photogenic star loses her glamour in his lens. The jazzy electric score channels the seventies but the style and elegance is timeless. The script just manages to keep a few surprises for the audience and the cast turns it all into a sleek high tech romp of a heist where there isn’t a gun fired (at least not at a person) and we root for the charismatic crew to get away with it.

Just for the record, the gang is rounded out by Don Cheadle (uncredited but unmistakable as a dynamite man with a nearly incomprehensible Cockney accent), Casey Affleck and Scott Caan (as bickering brothers who show up everywhere), Bernie Mac, Carl Reiner, Eddie Jemison, and Shaobo Qin. Andy Garcia is the mark and Elliott Gould is the money man.

Also on Blu-ray and DVD and on SVOD through Amazon Video, iTunes, GooglePlay, Fandango, Vudu and/or other services. Availability may vary by service.
Ocean’s Eleven [Blu-ray]

The art of the commentary track is hardly elevated by the two tracks provided here, one by director Steven Soderbergh and writer Ted Griffin that offers some interesting production details but little insight, and one by stars Brad Pitt, Matt Damon and Andy Garcia that comes off as the usual mutual admiration society. They are fine and often entertaining, but hardly compelling. The “HBO First Look” documentary on the making of the film is rather dutiful and impersonal, but the ten minute The Look of the Con, about the fashion and designs of the film, is more interesting. Also features DVD-ROM supplements, teasers and trailers.